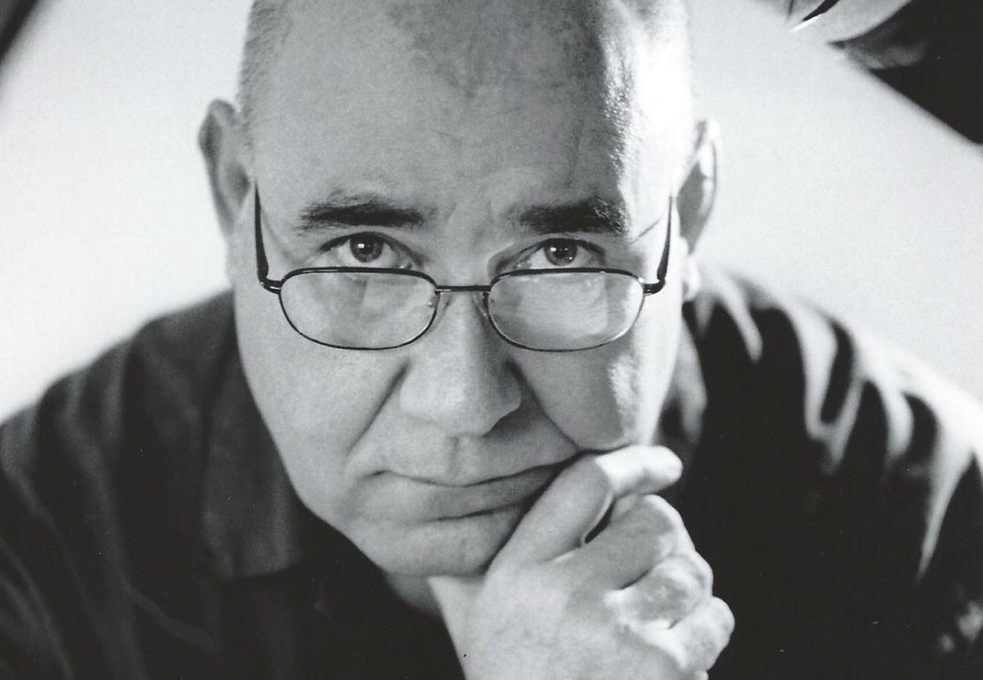 Before the sun came up, before the dancers struggled to make it to their 8:00 a.m. classes, Dan Peelor was in Lilly Hall, sitting on his own personal piano bench, filling the empty studios of Lilly Hall with his music. A perfectionist, an avid joke-teller and a brilliant musician, Dan played an integral role in Butler’s dance department — serving as the coordinator of music for 38 years. Dan died on Sept. 29, however, leaving Lilly Hall a little quieter in his wake.

A St. Louis native, Dan received his bachelor of music degree in piano performance from Southwest Missouri State University — now Missouri State University. Prior to his undergraduate degree, Dan studied at the Peabody Conservatory and Towson State College, both in Baltimore. Dan played piano for musical theatre productions as he grew up, and eventually transitioned into playing for ballet summer intensive programs.

Dan found his way to Butler ballet in 1984, and made a home for himself in the back of ballet classes and rehearsals for generations of dancers. In addition to playing, Dan also spent years teaching a music course specifically for Butler ballet dancers to give them a better understanding how tempo and rhythm works in conjunction with their movement. One of Dan’s students, David Ingram, graduated from the university in 2004, and has served as an assistant professor of dance for the past three and a half years.

Ingram said Dan’s class and ideologies shaped how he thought about dance and how he now teaches his students.

“[Dan was] very passionate about music, and how the body relates to music,” Ingram said. “He was very interested and very aware of the music and how that really helped support and challenge the dancers. After a while, he was not really interested in making it easy for them, because he wanted a complex environment for them to consider musically, and he was really, really correct in that as far as how the consciousness of the dancers’ mind will push their physicality.”

Larry Attaway, professor and chair of the dance department, came to Butler ballet in 1997 — 13 years after Dan began. Attaway said he was immediately struck by Dan’s talent for playing and remembering the intricacies of both classical and more-contemporary pieces. Attaway said Dan was a true talent, and his death signals the end of an era for musicians in regards to the quality of his performance.

While he certainly had the talent and knowledge to do so, Dan was not a concert pianist. Dan was never interested in showing off, or “tooting his own horn,” Attaway said. Dan could play around 60 different pieces during a class, but was more interested in developing his artform for the dancers rather than for himself.

Both Ingram and Attaway said how much Dan did without any recognition. Beyond teaching or playing for classes, Dan worked as a liaison between five department chairs, seven deans of the Jordan College of the Arts and numerous faculty members. Dan also served as the point of communication between choreographers and the conductor when the dance department was getting ready to perform.

“There just aren’t very many people out there who have this skill set to do what Dan did,” Attaway said. “ … The thing is, Dan is not replaceable. Certainly not his personality. And he loved the dancers —  he couldn’t imagine himself doing anything else. He felt that the dancers just fed him artistically.”

Dan balanced his multiple roles while never letting a joke to go untold, or a silly song go without being masterfully played.

Ingram chuckled as he talked about the daily bad joke competition he shared with Dan. Every day, the two would share a look that would signal each of them to tell the other their worst joke. What started with dad jokes quickly became something the two had to research in order to try and get the other person to laugh.

Even though Dan could be incredibly stubborn and particular about how things were handled,  that sense of humor constantly brought a sense of joy into the studios of Lilly Hall.

“There’s no way to describe Dan,” Attaway said. “Dan was an ethereal being. Oh, he could be the most cantankerous person on the planet, but when he started to play, you know, all that kind of went away … It’s just impossible to put in words the impact he had on this department.”

Whether playing classic Bach and Rachmaninoff compositions, or the intricate syncopations of his favored Ragtime, Dan did so with an undying attention to detail.

“If the dancers were really sore, or really tired, or kind of having a rough go, [Dan and I] would make eye contact and I’d be like, ‘I think it’s time,’” Ingram said. “And he would play ‘Happy Birthday’ in the middle of class. Everybody would start singing ‘Happy birthday to you, happy birthday to you,’ and we’d get to that point of the song where [Dan] would just shout out some random person’s name who it was not their birthday … It was just this silliness, this awkwardness, just anything to alter the space or give [the dancers] some comedy or some silliness.”

Camille Loftis, a senior dance performance and French double major, said Dan was an institution in Butler ballet for as long as she can remember. Loftis said one of her favorite memories of Dan was when he told her that he could tell she was really listening to the music.  Loftis said to receive praise from such a masterful musician was very special, and something she will hold onto.

Loftis said getting to work with a live pianist is always enjoyable and that Dan’s music was more than just enjoyable, though, it was magic.

“To have any live music is such a special experience for dancers and to have somebody like Dan, who is the most clever dance pianist I have ever known, it was just really enlivening for all of us and just brought so much life and joy into the room,” Loftis said.

Emmaline Weedman, a sophomore dance arts administration major, felt similarly to Loftis that Dan was a staple in the department. Weedman said it is hard to imagine Butler ballet without Dan’s humor and almost-daily Peanut M&M’s.

As the dancers transitioned from barre to center work, Dan took the opportunity to grab his favorite candy from the vending machine, Weedman said. Sometimes back in a couple minutes, sometimes taking a full 10 minutes, Weedman said after Dan came back into the studio, he would scatter the M&M’s on the piano keys.

Along with the clinking of the candies on the keys, Dan hummed and tapped his foot as he played. Usually not even humming the tune he was playing, Weedman and Loftis said Dan’s signature humming became another source of music in the studios.

No amount of jokes or candy runs distracted from Dan’s pure talent and attentiveness, though. Dan brought a sense of respect and responsibility into every studio.

“What made me so excited about class with [Dan] is that he really, really cared about his dancers,” Weedman said. “He wasn’t playing just for his music to sound good, it was for us to be able to move in the most intelligent way possible. He was just so aware of everyone around him and was so smart and quick with what he did … He was just such a big part of what our craft is and what we do, so for him to be so invested in it and care so much about it being right … It was really inspiring.”

As much as Dan took the time to interact with the dancers, he did the same for his colleagues.

Natasha Tarasova, part-time staff accompanist for the dance department, remembers Dan as a “symbol of stability.” Tarasova came to Butler from Russia in 2014, having only played one ballet class — her audition at Butler — prior to the move.

More than just co-workers, Tarasova and Dan were friends. In the beginning, when Tarasova was still new to playing for ballet classes, she would sit next to Dan in the classes he played to learn from his decades of experience. Even going beyond the piano, Dan was instrumental in helping Tarasova fine-tune her English.

The two frequently exchanged letters via email where Dan would help Tarasova with her English. Tarasova said the years of letters, especially the ones Dan sent on his favorite holiday, Thanksgiving, will never leave her inbox.

“I can’t imagine that [I’ll] never see him again,” Tarasova said. “ … In his last hours he gave me his last letter … His explanation was that I had a special place in his life and at Butler. That was his last letter.”

Dan played his last class on Aug. 23, the annual placement class for the first-year dancers. After that day, Dan spent the coming months in the hospital with ongoing health issues.

The dance department faculty, Ingram, Attaway and Tarasova included, frequently visited their friend up until the day he passed.

“One of the last things he said was that ‘I hope the dancers in this department will someday stop trying to be good and prove themselves at their dancing and they start making art,’” Ingram said. “He wanted that to be a jump for them.”

Even though Butler ballet faces a future without Dan for the first time in almost four decades, his kindness, clever wit and dedication to his craft is far from being gone.

“I think that his music will always be with us in the studios and in the hallways, in his little basement office,” Loftis said. “I think that that will carry the most memory of all.”

Attaway said the department is working on planning a memorial to honor Dan. Unsure of what the service will look like, Attaway said he thinks it is important to give people the chance to reflect and remember Dan.

“It just feels like there’s this huge hole in the department,” Weedman said. “I mean, everyone who’s there right now doesn’t know a Butler ballet without Dan, so it’s been really strange. Just a hole in what we do because I think we maybe took for granted how important he was to the program, but like he really made it what it is … he embodied what I hope Butler ballet will be.”