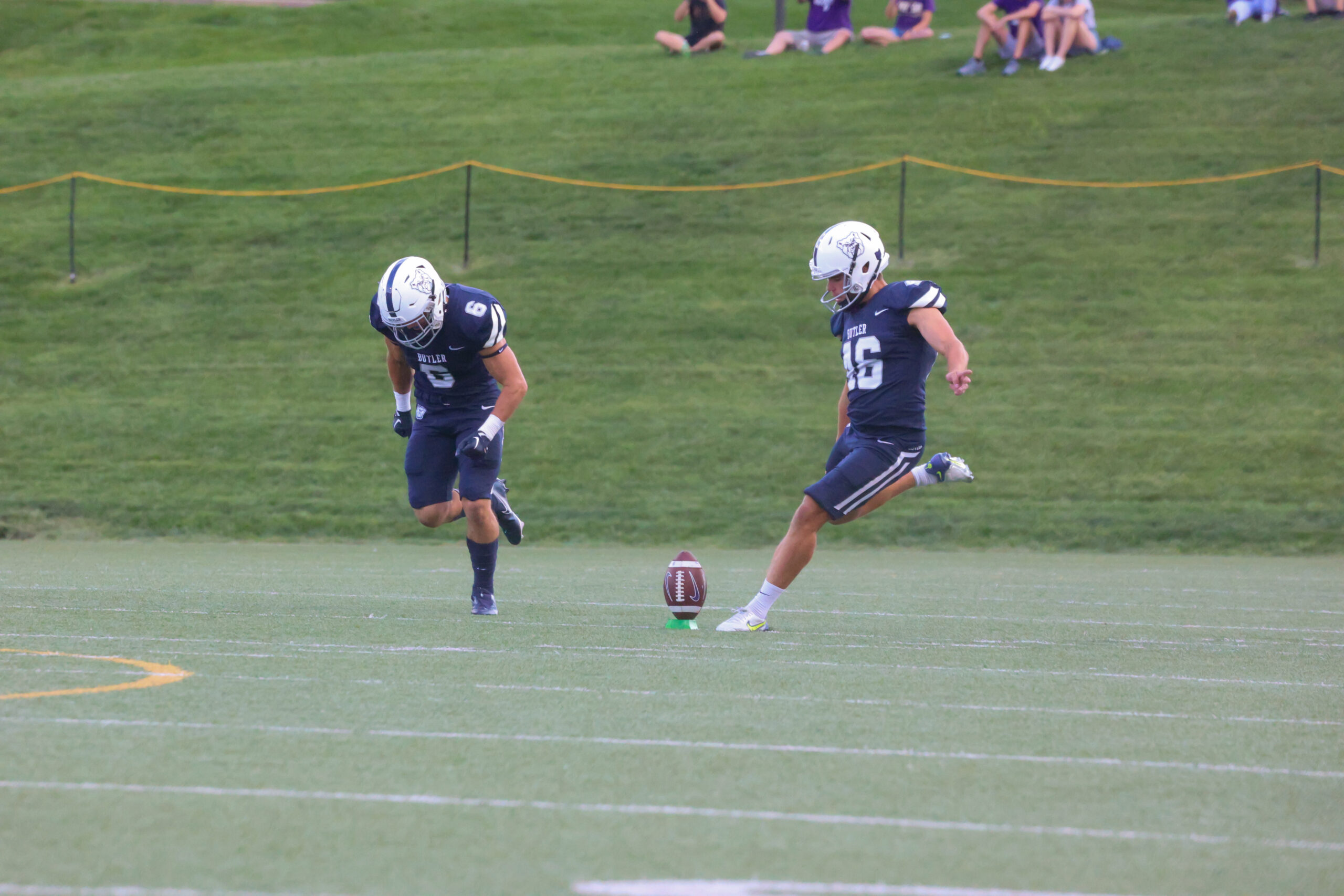 The first week of the NFL season was exciting as usual, but it was not the typical superstars who took the headlines. The talk was not about Patrick Mahomes, Jonathan Taylor or Tom Brady — the focus was on the kickers.

When the Cincinnati Bengals took on the Pittsburgh Steelers on Sept. 11, the game ended up going to overtime when Cincinnati kicker Evan McPherson had his extra point attempt blocked by the Pittsburgh special teams unit. In overtime, McPherson and Steelers kicker Chris Boswell both missed one kick each before Boswell nailed a kick from 53 yards out to give Pittsburgh the win.

In Houston, the Indianapolis Colts were battling the Texans in overtime when Rodrigo Blankenship stepped up from 42 yards out to attempt a kick that, if converted, would have given Indianapolis the win. Unfortunately for Blankenship, his kick sailed hopelessly wide to the right. Later, the game ended in a 20-20 tie. The missed kick was not Blankenship’s only gaffe of the night, as he also sent two kickoffs out of bounds which set up the Texans in prime field position at their 40 yard line.

The mistakes in that game effectively ended Blankenship’s tenure in Indianapolis, as the team announced on Sept. 13 that they had elected to waive the kicker and start fresh. On Sept. 17 the Colts signed Chase McLaughlin from their practice squad, completing the replacement of Blankenship in a mere four days.

This is the harsh reality that all kickers live with. One mistake or one bad game can not only cost the player their spot on the depth chart but possibly also their spot on the team. In a sport that is the ultimate combination of mentality and physicality, Butler senior kicker Ben Packer sees kicking as a tedious mental game.

“It’s definitely one of the hardest jobs just mentally,” Packer said. “You always have to be ready for a punt or a field goal because at any point in time there could be a big play.”

Redshirt senior kicker Luka Zurak took Packer’s statements one step further, adding that kicking for a football team is all about a player’s head, not their leg.

“Once you get to a certain level, it’s all mental,” Zurak said. “Once you get in the NFL it’s 100% [mental]. All those guys can kill the ball … same goes for college. When the game’s on the line, it’s a lot of muscle memory, and it’s all mental like how well you [can] just focus on what you do best.”

Muscle memory is something that the Kansas City Chiefs had to utilize with safety Justin Reid this past week after their starting kicker Harrison Butker went down in the first half with an ankle injury. Reid made one out of two extra point attempts and impressed the crowd by sending a kickoff through the opposite uprights. Despite playing safety, Reid kicked in high school and was the emergency kicker at Stanford, along with getting some reps at kickoff duty during the preseason.

While muscle memory remains a factor in how a kicker performs, both Zurak and Packer did not shy away when talking about the mentality of kicking and the pressure that comes along with it at every level. Grant Woodfin, a freshman kicker at Tiffin University and native of Galena, Ohio, said that even at a NCAA Division II college program the pressure is still there.

“Every kicker knows it’s hard to mentally be strong and not worry,” Woodfin said. “Every game there’s a possibility you’ll have to kick a game winning kick. So be ready, stay loose and don’t be surprised when it comes.”

In the case of Rodrigo Blankenship, Woodfin was not entirely surprised that the Colts decided to cut ties with the former Georgia Bulldog, and stated that kickers have to go through position battles too.

“In the NFL, it’s so competitive just like every other position,” Woodfin said. “If you’re already on the coach’s side where he doesn’t really trust you and then you miss a kick that costs you the game or a tie, then it’s the last straw. Like we can find somebody else that’s just as good as you, and he might be able to make that kick instead of you.”

The mark of a good kicker these days seems to be how they can efficiently do their job in crunch time with the game on the line. Depending on the result of the kick, fans can turn these athletes into heroes like Boswell or villains like Blankenship. When talking to Zurak and Packer, they both walked through their mental process as they attempted big kicks.

Packer piggybacked off of Zurak’s statement, saying kickers need to prevent themselves from overthinking so they do not get caught up in the high pressure moments. Letting the pressure into their head can cause them to not focus on the task at hand, and possibly miss the kick.

“Just a blank mind is the optimal mindset for a last second kick,” Packer said. “Having absolutely nothing on your mind is the best case scenario…just go out and do [it].”

While the mental and external pressure is always weighing on a kicker’s mind, there is a fun side to kicking that every player relishes and enjoys. Zurak said he embraces the pressure and acknowledges it as something that makes the game of football fun.

“Having those butterflies here and there [is] what you live for to be honest,” Zurak said. “I’d love to play 25 to 30 games a year.”

Every kicker’s dream is to push through the pressure and make those game winning kicks that will make them heroes. Packer cited the ability and opportunity to make big kicks is what gets him excited to kick.

“Making those big game winning kicks [are] really fun and really exciting,” Packer said. “Also being able to take such a unique and specialized skill set onto a football field where you’re surrounded by guys who have jobs that are completely different than yours, physically and mentally.”

Those skillsets are what sets kickers apart from the rest of the football world. Despite all the added pressures and limited chances to shine, they all accept the risks and choose to kick for the sheer thrill of becoming a hero. In some cases, they are remembered for nerves of steel and unshakeable confidence, but there will always be the harsh possibility of the ball sailing wide. Living on the edge will always have repercussions, but that’s just the life of a kicker.