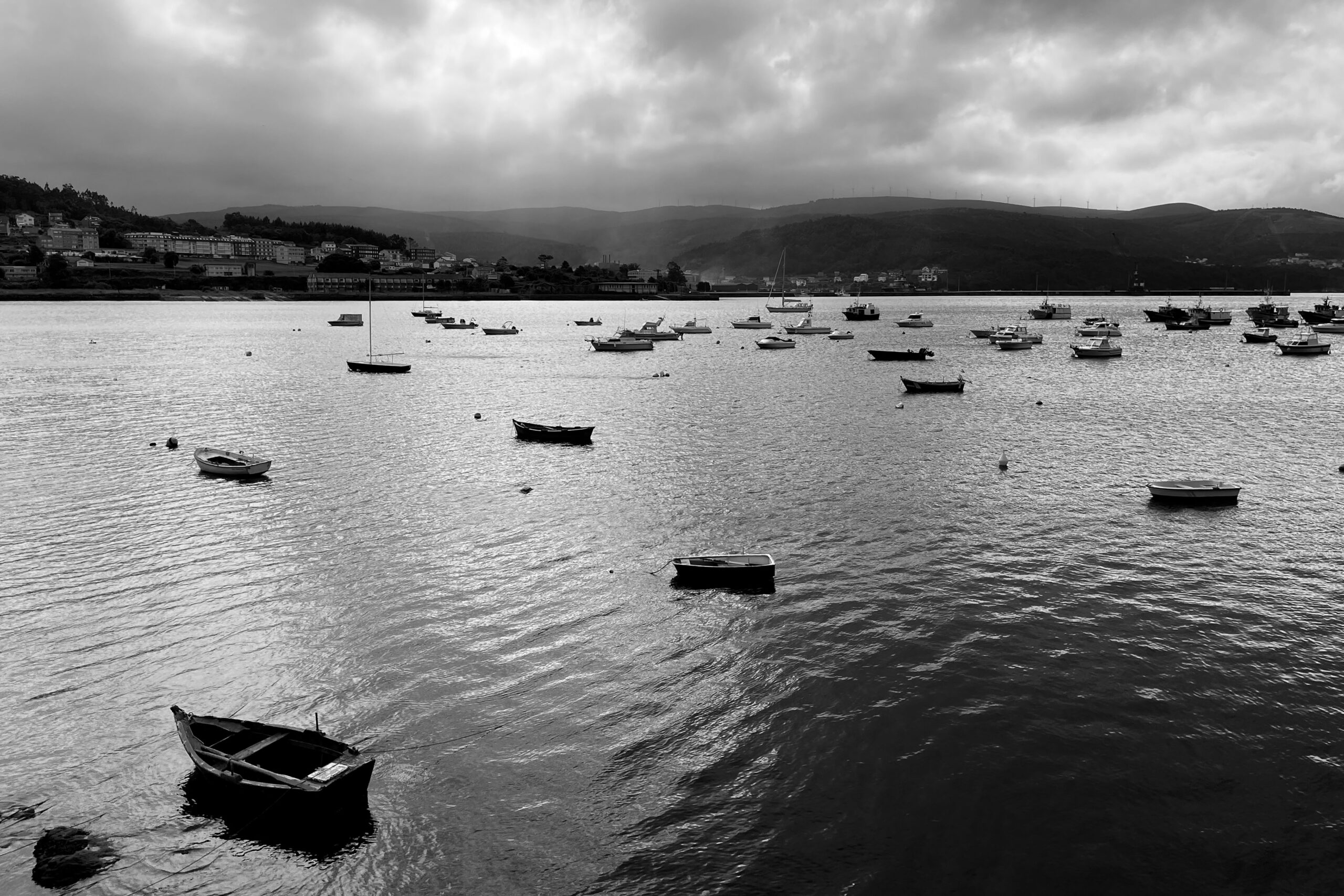 Boats on the water in Cee, Spain. Photos by Julian Cirnigliaro.

I spent the better part of 2022 abroad in Europe, splitting my time between a study abroad in Italy and a thru-hike in Spain. My studies took me to Milan, where I was more invested in taking in the city, documenting architecture and observing street life than I was with my studies. People in Italy dress well, and those from Milan dress better. Italy as a whole is colorful — modern and old-school all at the same time — so I tried to capture that in my images.

When the school year came to an end in late May, I didn’t want to go home — Europe was too cool. I had not gotten the opportunity to travel too often due to workload, so spending some time traveling before flying back sounded perfect. I chose to get to know Spain.

I already knew the language, had visited briefly before and wanted to connect a bit with some distant ancestors. What better way to do that than walk across the country? Over the month of June, I walked from the Pyrenees in the east to the Atlantic Coast in the west. Averaging 28 kilometers a day, I walked a total of 860 kilometers — or 535 miles.

I would recommend anyone who wants to learn about themselves to walk the Camino Santiago. People from all over the world and all walks of life go on the pilgrimage, and in the frequent solitude you find yourself in, epiphanies do happen.

For my photo journal on the trail, I wanted to capture the mystery and majesty of the northern rural landscape. Admittedly, many are from the very end of the trail, a town named Fisterra, which translates to “land’s end.” I walked until I could not walk anymore, and for my own reasons that finality was what I needed.

Mist in the Woods, Galicia, Spain. Photos by Julian Cirnigliaro.

The End of the World, Fisterra, Spain. Photos by Julian Cirnigliaro.