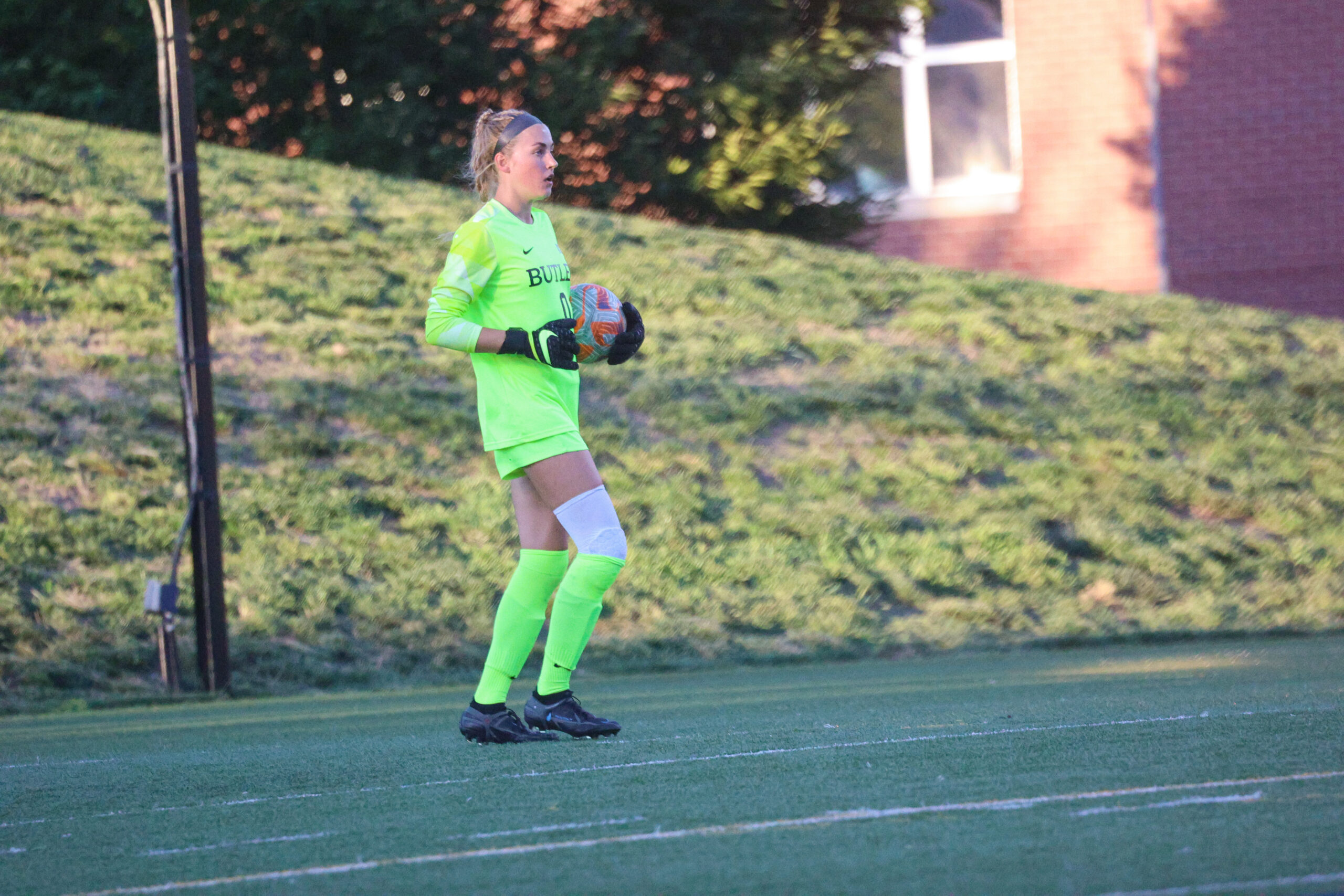 Redshirt freshman goalkeeper Anna Pierce made an impressive six saves on Sept. 22 against Xavier in a 1-0 loss. Photo by Claire Runkel.

The Butler women’s soccer team watched their record drop to 3-6-1 on Sunday after a tough start to Big East conference play. After a 1-0 loss to Xavier and a 4-1 defeat against Marquette, the Bulldogs started out 0-2 against Big East opponents.

Butler opened up the conference season on Sept. 22 at home, taking on rival Xavier. The Musketeers opened up the scoring 23 minutes in, with first-year defender Natalie Bain heading home a free kick past redshirt freshman goalkeeper Anna Pierce. Xavier only managed to put one shot past Pierce out of the seven the away side had on target. Pierce was the bright spot in the game for Butler, making six saves.

The Bulldogs managed to get four shots of their own on target, but were not able to find the net on a frustrating night for the home side. The closest chance of the game came 80 minutes in, when redshirt junior forward Abigail Isger’s shot ricocheted off the post before being cleared by the Musketeers defenders.

Butler did not have long to recover from their clash with Xavier before taking on Marquette at home on Sept. 25. The Bulldogs were looking to get back on track in the conference standings with a win, but it was not to be.

First-year midfielder Talia Sommer scored the first goal of the game in the sixth minute to give Butler the early 1-0 lead. Marquette answered back swiftly, netting four goals throughout the rest of the match to give the Golden Eagles the victory on the road.

The story of this game was the way Marquette was able to convert their chances efficiently, scoring four goals off of only six shots on target. On the other side, Butler had 15 shots in total with only five on target and one goal.

The Bulldogs will look back on this week and wonder if they could have done better, but they now shift their focus to the next game. Butler will be back in action on Sept. 29 in Providence to take on the Friars.