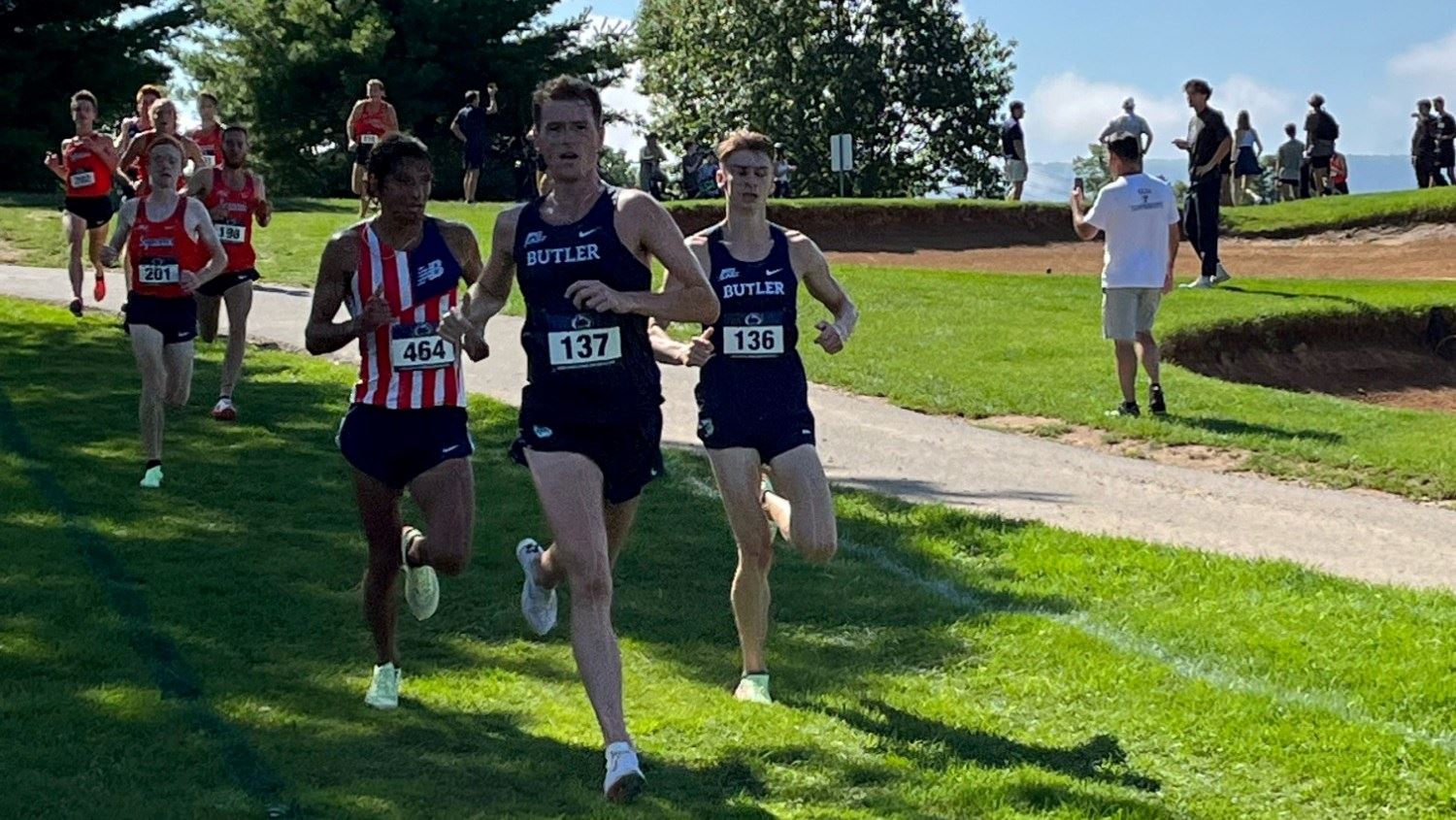 Jesse Hamlin and Barry Keane go stride by stride together at the Spiked Shoe Invitational. Photo courtesy of Butler Athletics.

The Butler men’s cross country team took part in their second race of the season on Sept. 9. They traveled to Penn State University to take part in the Spiked Shoe Invitational and took second place.

Just a week ago on Sept. 1, the team took home a victory in the Rose-Hulman Twilight race to kick off their season on a high note and looked to do the same in the state of Pennsylvania.

Taking third place with a time of 25:08.4, redshirt sophomore Jesse Hamlin was the top finisher for Butler in the race and graduate student Barry Keane posted a time of 25:13.6 giving him a fifth place finish and placing two Bulldog runners in the top five.

After a second place finish at the Rose-Hulman Twilight meet, redshirt sophomore Max Lauerman finished 36th with a time of 26:30.4. Redshirt sophomore Sean Robertson and redshirt senior Andrew Taylor also placed at the Rose-Hulman race, taking first and fourth respectively. They finished 49th and 74th at Spiked Shoe with times of 26.58.8 and 27.59.3.

Placing themselves between the Rose-Hulman finishers, redshirt sophomore Liam Dennis took 38th with a time of 26:32.0 and junior Michael Dunagan took 70th with a time 27:52.7 rounding out the Butler runners.

The race was won by Syracuse redshirt senior Nathan Henderson and Syracuse also took first in the event ahead of Butler. Penn took the last podium spot to round out the top three.

The Bulldogs now look to their next meet, which is the Joe Piane Invitational on Sept. 30 hosted by Notre Dame.