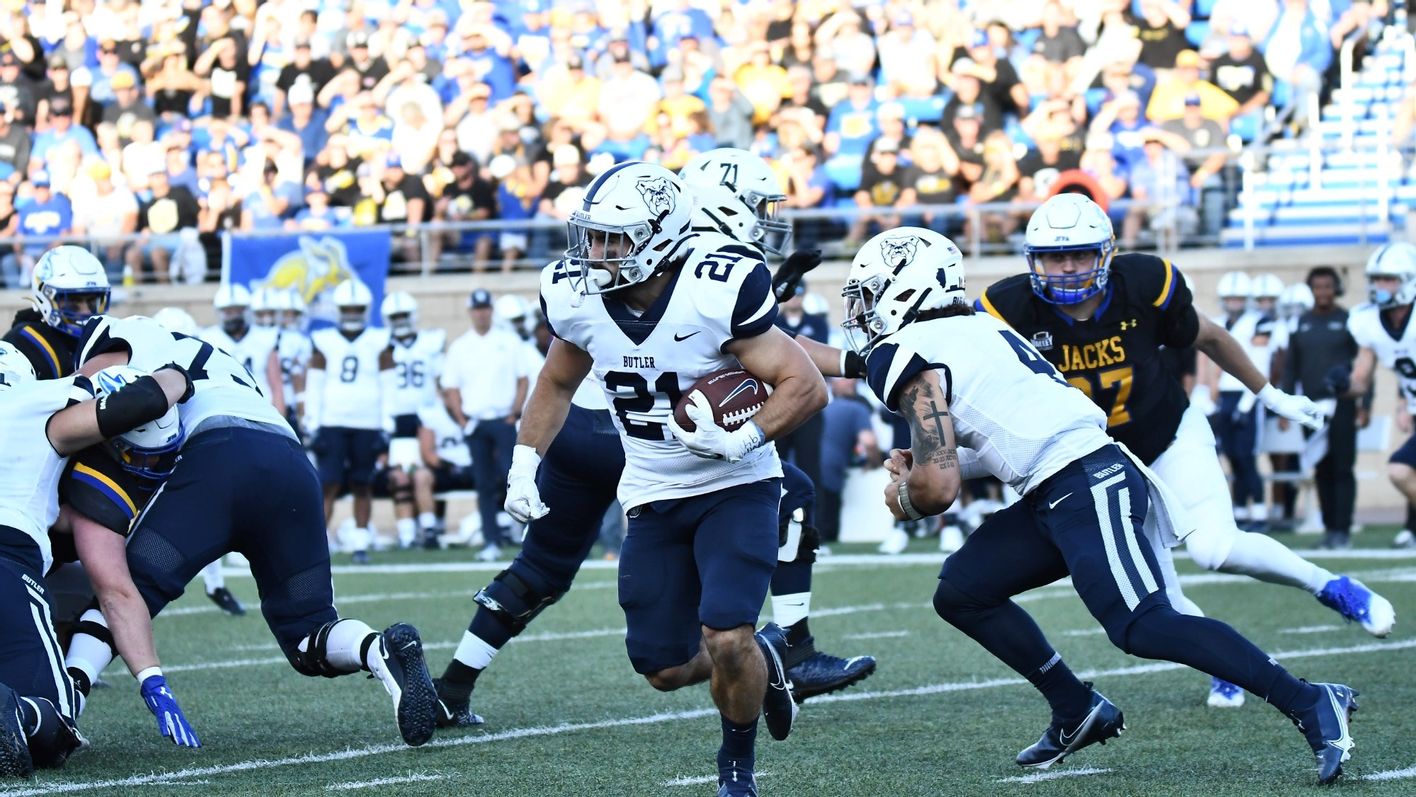 Butler football fell to the South Dakota St. Jackrabbits 45-17 on Saturday, Sept. 17. The game moves both teams’ records to 2-1.

Butler hung around early, only being down 14-7 after the first quarter, but South Dakota State pulled away after scoring 30 unanswered points and accumulating 463 yards of offense.

In this first quarter, the Jackrabbits started the game with an eight-play, 75 yard drive that was capped off by a one-yard run by quarterback Mark Gronowski.

Butler would answer, however, with a 56-yard touchdown reception for redshirt freshman receiver Luke Wooten from redshirt junior quarterback Bret Bushka to even the score at 7-7. The touchdown is the first of Wooten’s Butler career. The drive lasted just 3:17 and six plays.

From this point forward, South Dakota State would take control of the game.

South Dakota State would quickly respond with a six-play, 75-yard drive of their own that culminated in a seven-yard touchdown pass from Gronowski to Jaxon Janke to give the Jackrabbits a 14-7 lead.

The Jackrabbits opened the second quarter with a long, 11-play drive that ended with a 17-yard passing touchdown from Gronowski to Jadon Janke to give South Dakota State a 21-7 lead.

Following a few punts, South Dakota State found the endzone again with a 28-yard passing touchdown to Zach Heins to extend the lead to 28-7 going into halftime.

In the third quarter, South Dakota State ran a 10-play, 70 yard drive, but the Bulldog defense held strong, holding the Jackrabbits to a 27-yard field goal by kicker Hunter Dustman to grow the lead to 31-7.

South Dakota State scored early in the fourth quarter on a two-yard run by Angel Johnson to further extend the lead to 38-7. Following a Butler fumble, the Jackrabbits once again found the endzone, this time on a 2-yard run from Rudy Voss to make it 45-7.

The Bulldogs showed fight at the end, putting together an 11-play, 59-yard drive that resulted in a 33-yard field goal from redshirt senior kicker Luka Zurak to make it 45-10. The Bulldogs defense forced the Jackrabbits to a three-and-out. On the ensuing drive, Bushka led an efficient, six-play, 60-yard drive that was capped off with a two-yard run from Bushka to cut the lead to 45-17.

The Bulldogs head into the bye week 2-1 before beginning PFL play against Davidson on Saturday, Oct. 1 at the Bud and Jackie Sellick Bowl.