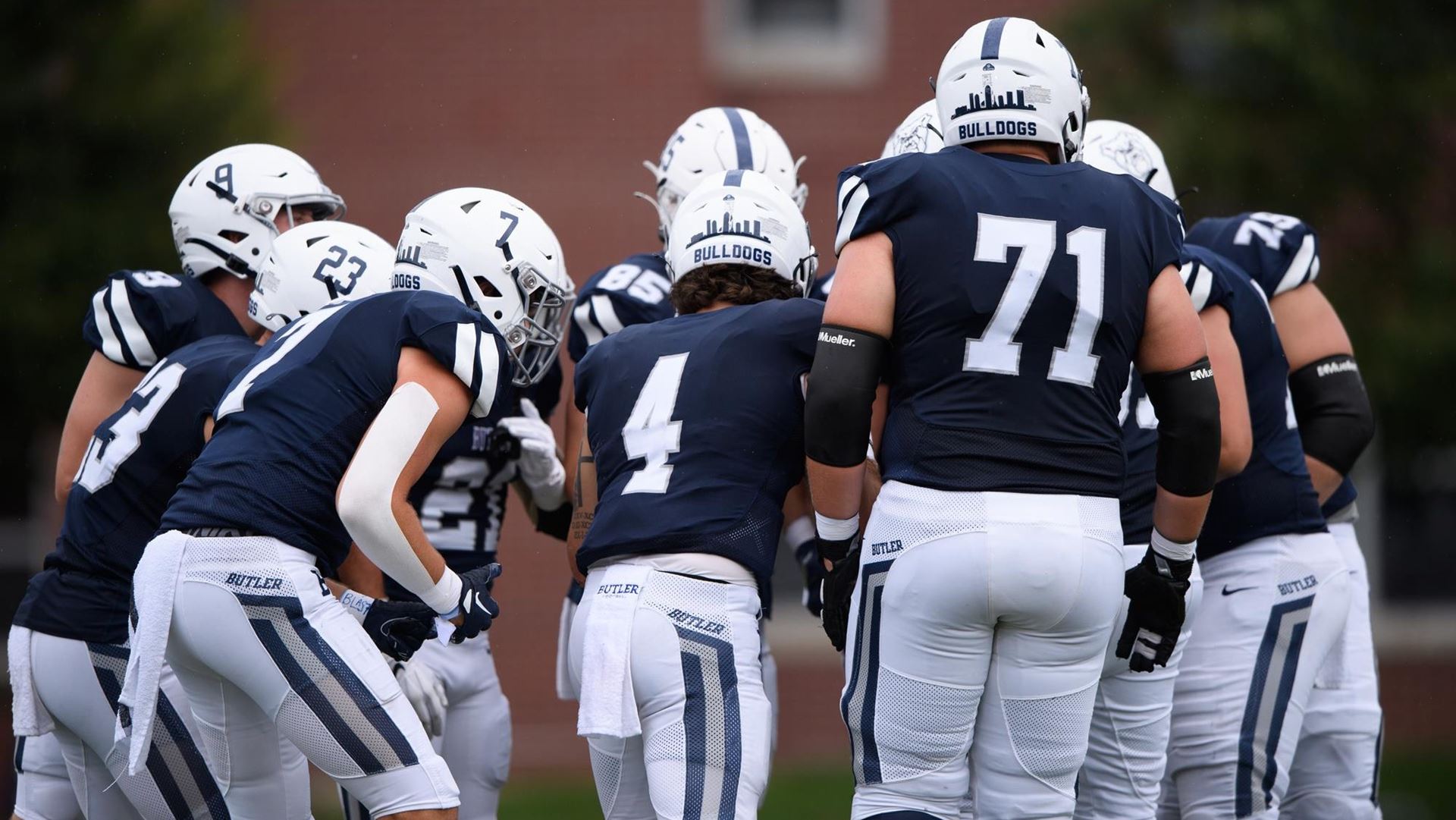 Butler football continued its season with a dominant 45-10 victory over the Taylor Trojans on Saturday, Sept. 3. The Bulldogs improved their record to 2-0 to begin their season.

Taylor started the game on the right foot, scoring on their first drive. The Trojans drove down 75 yards on 10 plays and found the endzone on a 10-yard run by junior running back Brendan Lamb, giving Taylor a 7-0 lead. That 75-yard drive would be 75 of the Trojans’ 186 total yards of offense in this game.

From this point forward, the Bulldogs controlled a majority of the game.

The Bulldogs took over possession of the ball and after a great return, senior quarterback Bret Bushka led a short, 46-yard drive that was capped off by a Bushka 6-yard keeper to tie the game at seven a piece. Bushka showcased his dual-threat ability the entire game, finishing with 140 rushing yards.

In the second quarter, following a takeaway, Butler scored a touchdown on a 3-yard run from sophomore running back Brody Reder to give the Bulldogs a 14-7 lead. The drive lasted seven plays and was only 28 yards.

On the opening drive of the third quarter, the Butler offense drove down 65 yards on seven plays and scored on an AJ Dienhart run from 26-yards out. The score gave the Bulldogs a commanding 28-7 lead. Dienhart finished the game with 125 yards on the ground, second on the team.

On the ensuing Taylor drive, the Trojans drove down the field and got deep into Bulldog territory. The Trojans were unable to capitalize, however, as redshirt freshman linebacker Adam Sturtz collected an interception and returned it 75 yards to the endzone to increase the Butler lead to 35-7.

In the fourth quarter, the Bulldogs continued the pile on the points. Bushka found senior receiver Johnny O’Shea for his one and only passing touchdown of the game, a 12-yard score to cap off a seven-play, 70-yard drive.

The Trojans put up their first points since the first quarter with a long, 47-yard field goal from freshman kicker Zane Shilts to make it 45-10. The Bulldogs would answer on the next drive with a field goal of their own, a 34-yard kick from kicker Luka Zurak.

Butler will look to continue their winning ways next week, as they head to Brookings to take on FCS #3 South Dakota State on Saturday, Sept. 17 at 7 p.m.