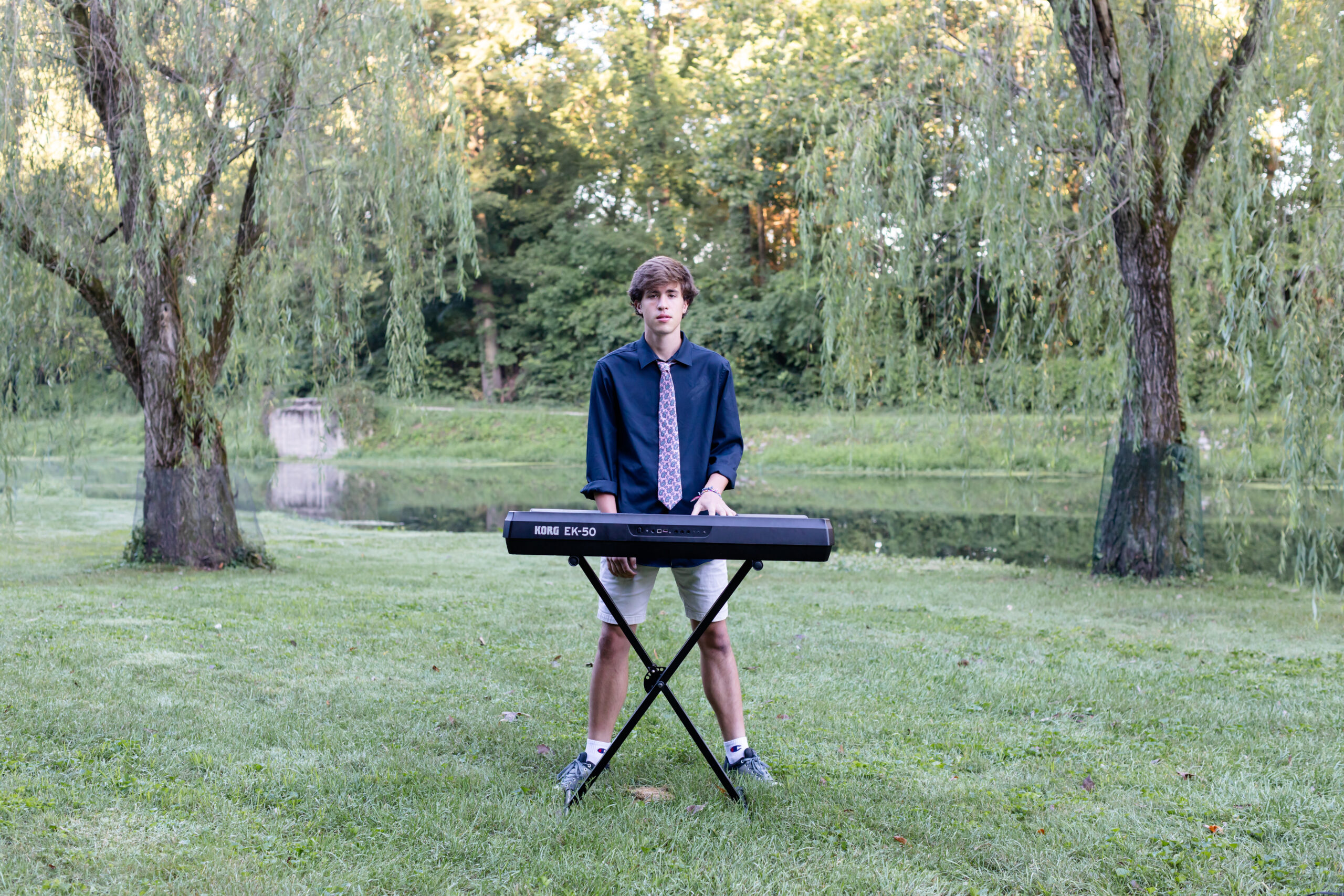 Hear Powell’s stories and “Songs from the Just Perspective.” Photo by Lauren Hough.

Sterling Powell is the solo creative force behind his band Sterling Powell and the Subjects. From only a keyboard in his Fairview dorm, he has worked his way to an album, “Songs from the Just Perspective,” that was released on Spotify Sept 1. Powell is currently a junior studying trombone performance and arts administration. He hopes to perform in a major symphony orchestra after graduation and has some advice to share with aspiring Butler musicians.

The Butler Collegian: Can you tell me a little bit about “Songs from the Just Perspective” and what message you hope people will take from it?

Sterling Powell: I love talking about this because I wanted to make an album for people to hear about my first two years of college in an emotional way. A lot of [the album] started when I would write a lot of sad songs about my ex, about getting over hurt. However, the theme is on a deeper level. You get [the title] “Songs from the Just Perspective” because it’s really about me regretting my decision and [being] afraid that my perspective isn’t always right.

I feel like the message is not only do you have to look into your perspective, but see the perspective of other people and how it affects them. I wrote all the songs and actually mixed all the songs myself on the software I use. I was a sophomore in Fairview, and the reason why I came up with “just perspective” is I want to be tied to Fairview where I wrote my songs. What’s a synonym for fair? Just. What’s a synonym for view? Perspective. [The title] is like a tattoo. It looks like one thing on the outside, but when you ask about the story, it’s really interesting.

TBC: I believe Sterling Powell and the Subjects is a solo project, right? You do all the instruments.

SP: I do. Before I got into the whole classical music study, I just listened to what everyone else likes: pop music, alternative rock music. I used to be in a garage band [in] mid to late high school — you know, not the best. I’m not ashamed of our songwriting though. I’m not ashamed of how talented we were; we just didn’t have the equipment to record. I would not regret forming that band. It was fun.

We kind of separated after high school when we all went to different colleges, but I really liked songwriting and doing that as a hobby. It was kind of therapeutic to me. I did it in my free time. I taught myself how to play the piano. When I was 17, when I bought my first keyboard. That was something that I really wanted to get into. I didn’t even know any theory. I didn’t even know any logistics about it yet. I just wanted to learn because I loved writing lyrics. I wanted to put music to [them]. Eventually I took a songwriting class and music theory class in high school. I was able to figure stuff out and teach piano to myself. I really wanted to make music.

TBC: How has Butler shaped your musical path?

SP: Butler has definitely shaped my musical path because I know how big the arts are here and how seriously they take music. You don’t see that in Indiana [colleges] as much as you want to. [Butler] made me a lot more mature in my thinking. All my professors, especially in ensemble and performances and my trombone professors, helped me shape what music really is.

TBC: Do you have any advice for aspiring musicians here at Butler?

SP: Don’t get caught up on the equipment. When you do mix and master, it’s all a learning experience. It’s all a learning curve. That’s why this [album] has taken me almost two years because I started off with nothing. I bought my first keyboard but [had] nothing else, not even a thing to plug it in. Me getting it to sound as professional as possible [took] a lot of phone calls with mentors, friends who also make music and just me learning my sound and what I find to be good.

I think people get caught up on how things should be, how things should sound. Professionally there is a right way to do it … but that shouldn’t hold people back from making music. From writing songs and releasing them and just seeing and testing the waters, it’s all a learning curve. Every song you release is a learning curve. I don’t think that should hold anyone back. I think if you’re inspired, go for it.

You can listen to Sterling Powell’s album, “The Just Perspective,” on most major platforms and find him on Instagram @spandthesubjects.