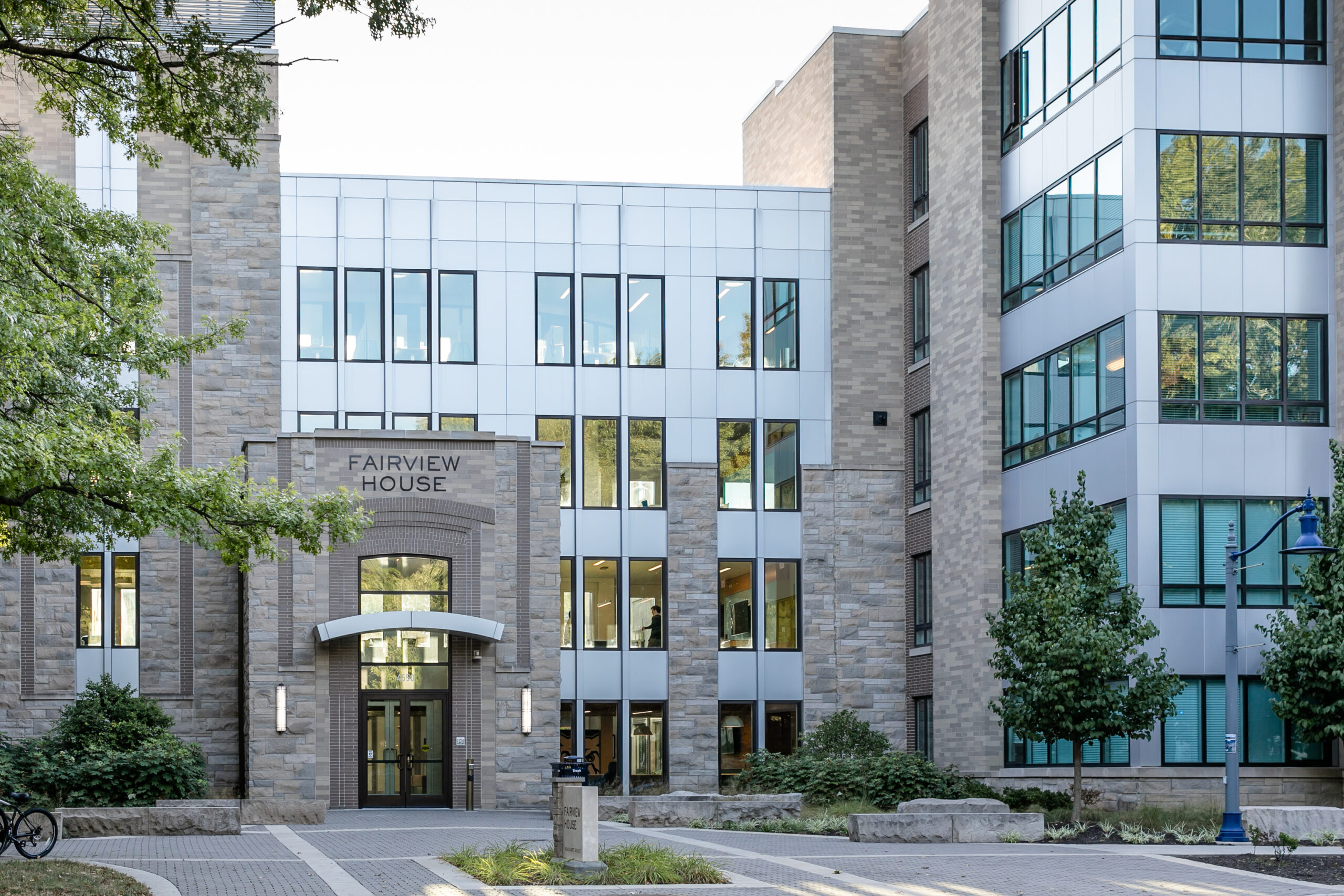 Between 50 and 60 first-year students are living in Fairview House this year. Photo by Lauren Hough.

This semester, Butler welcomed its third-largest incoming class, which means both first-year dormitories are at full capacity. Every bed has been filled in both Irvington House and Residential College, ResCo. Therefore, when receiving their housing assignment, 50-60 first-year students discovered they would be staying in Fairview House, a dorm that primarily houses sophomores.

Mark Apple, director of strategic communications for the office of the president, believes there was a “rumor mill,” creating an idea that first-year students were reassigned to Fairview due to the false reports of the incompletion of ResCo renovations.

“I think it was an unofficial parents’ Facebook page that fed a lot of hysteria around this,” Apple said. “It was primarily parents who were hearing from other parents that their students were originally assigned to ResCo and were moving, and then they kind of snowballed from there.”

Apple suggested that some parents may have taken an absence of parent-communication as poor communication — but explained that the university communicates with the student, not their parent, and that everyone who needed to be communicated with about any changes had.

ResCo community director Kaylin Zocharski corroborated this idea. Zocharski lives and works in ResCo, and was involved in the housing placements this year.

“No students were actually removed from ResCo,” Zocharski said. “We wanted to keep them near our first-year living experience. We were going to try to put them in Fairview, which would require some students in Fairview to move, but we sent out a survey and asked students in Fairview if they would be interested in moving to [Apartment Village], and we moved those who said ‘yes.’”

First-year biochemistry major Reesha Bhagat lives in Fairview with seven other students — a combination of first-years and sophomores.

“I got an email, and I checked it and it said Fairview, then I saw eight people total and I was like, ‘Wow, but that’s a lot,’” Bhagat said.

First-year students who had the expectation of living in Irvington or ResCo may have been pleasantly surprised with their housing assignment. Having your own kitchen and living area may be an attractive aspect for students, compared to sharing that area with their entire floor or building.

“At first, it was disappointing … But then I looked at the videos they have of the layout of the [Fairview pods], and they were so nice,” Bhagat said.

Even though her housing placement was different than usual, the roommate Bhagat had requested during her housing application was still her roommate in her Fairview “pod.” The same was true for the sophomores she lived with — they maintained their roommates, but not their podmates.

In Bhagat’s case, before she was assigned to Fairview with her roommate, the pod consisted of all sophomore sorority sisters. These sophomores received the survey mentioned by Zocharski, which inquired about being moved to apartments. The members of the pod who answered “yes” were reassigned to Butler apartments, while those who replied “no” now live with Bhagat.

Director of residence life Shannon Mulqueen wrote in an email to the Butler Collegian that the majority of these sophomores had been placed in Apartment Village, with other sophomore students in Butler Terrace and South Campus Apartments. Additionally, as long as students filled out housing requests on time, their housing assignments were released at the same time as everyone else’s, including those first-years in Fairview.

Some Facebook commenters suggest that this housing placement is just temporary, but Zocharski stated that housing assignments are made with the expectation that it will be for the full year, but that occupancy is always subject to change.

“Occupancy always changes throughout the year,” Zocharski said. “What that’s going to look like this year, I’m not sure … Right now that’s unpredictable.”

Though Bhagat was happy with the outcome of her dorm assignment — explaining how nice it is to have her own fridge, microwave and couches for guests — not all first-year students have the same point of view.

“We do have a waitlist of students who want to move from Fairview to the first-year living because they want to be with their class,” Zocharski said.

If space becomes available again in sophomore housing, students who wish to move out of apartments and back to Fairview will be given that opportunity, Mulqueen explained.

“We have friends that live in Irvington and ResCo, so we are going over to visit rooms and stuff like that, too,” Bhagat said. “I think it’s all about honestly how much effort you put into it.”