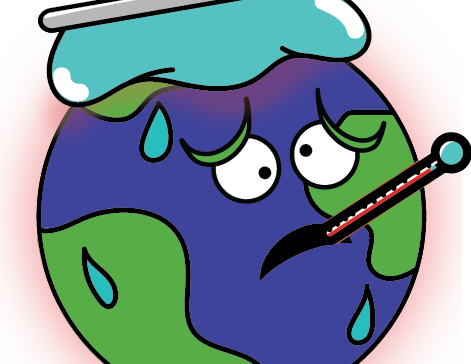 The Intergovernmental Panel on Climate Change, IPCC, finalized the third part of the Climate Change 2022: Mitigation of Climate Change report on April 4. The report, which provides an updated global assessment of climate change mitigation progress and pledges through examining the sources of global emissions.

The IPCC “is the United Nations body for assessing the science related to climate change.” Currently, in their 56th session, the IPCC was created to provide policymakers with regular scientific assessments on climate change, its implications and future risks as well as to put forward options to adapt to the changing climate.

One of the main topics addressed in the report is that warming during the 21st century will exceed 1.5 degrees above pre-industrial levels. Scientists have been warning about the results on the climate if the world hits this temperature. Limiting warming below 2 degrees would rely on a rapid acceleration of mitigation efforts after 2030, likely involving technology that would suck carbon out of the sky.

Jesse Van Gerven, the interim director and lecturer in the science technology and environmental studies program, said he finds it difficult to believe we will be able to have this technology as an option for another 10 or 20 years.

“There are people who look at this being some sort of technological silver bullet,” Van Gerven said. “[People think] we don’t need to transform our economy and society, because we’ll roll out this technology to solve all the problems … that’s a recipe for disaster. So yeah, it would be nice, but I am not holding my breath.”

Senior environmental studies major Julius Clark said limiting warming to 1.5 degrees is not going to fix everything and other efforts need to be made.

“On the carbon sequestration part of it … whether that’s at the source of coal plants and cars, growing more trees, they’re all great ideas and they do help because they get carbon dioxide out of the air, but they’re kind of a band-aid solution, more than a prevention solution,” Clark said.

Clark emphasized the solutions talked about the most are the ones that prevent carbon dioxide from entering the atmosphere in the first place. To Clark, mitigating carbon dioxide is important, since it’s unrealistic to expect to have zero carbon emissions.

Jamie Valentine, the assistant director of the Center for Urban Ecology and Sustainability, said in order to reduce climate change, a change in perspective is first required.

“Action now can reduce that warming to levels that we can manage,” Valentine said. “It will require a change in human consciousness and the recognition that we are all connected and all humans and [animals] are more important than money, power and progress.”

Van Gerven said that because of the economic and political power of the fossil fuel industry, oil companies have no incentives to get involved in the renewable business and more economically sound options such as wind and solar power are neglected.

Another system, whose refinement would assist in carbon emission reduction, is the agricultural system. Clark said agriculture needs to be the most important topic tackled when talking about changing the culture of carbon emissions.

“We don’t have much say on how our food is being produced and what it’s going to do to the environment,” Clark said. “If you’re going to continue to sustain society the same exact way [over years] the negative effects of the situation are just going to compound more and more.”

In the IPCC report, a recommendation was made for a balanced diet that includes a reduced intake of meat and sustainably produced animal products alongside grains and plant-based foods.

Though not accessible to all, diet changes are one way that the average person can contribute to reducing carbon emissions. Valentine said that in an ideal world, we would have stopped climate change decades ago, but there is no better nor cheaper time to stop climate change than now.

“It’s not that we do not know how [to stop climate change],” Valentine said. “It is that we are disconnected, feel paralyzed by the magnitude, and/or believe a false narrative that there is nothing we can do … We can shape our shared future to one where we all thrive.”

The full IPCC report can be read on their website.