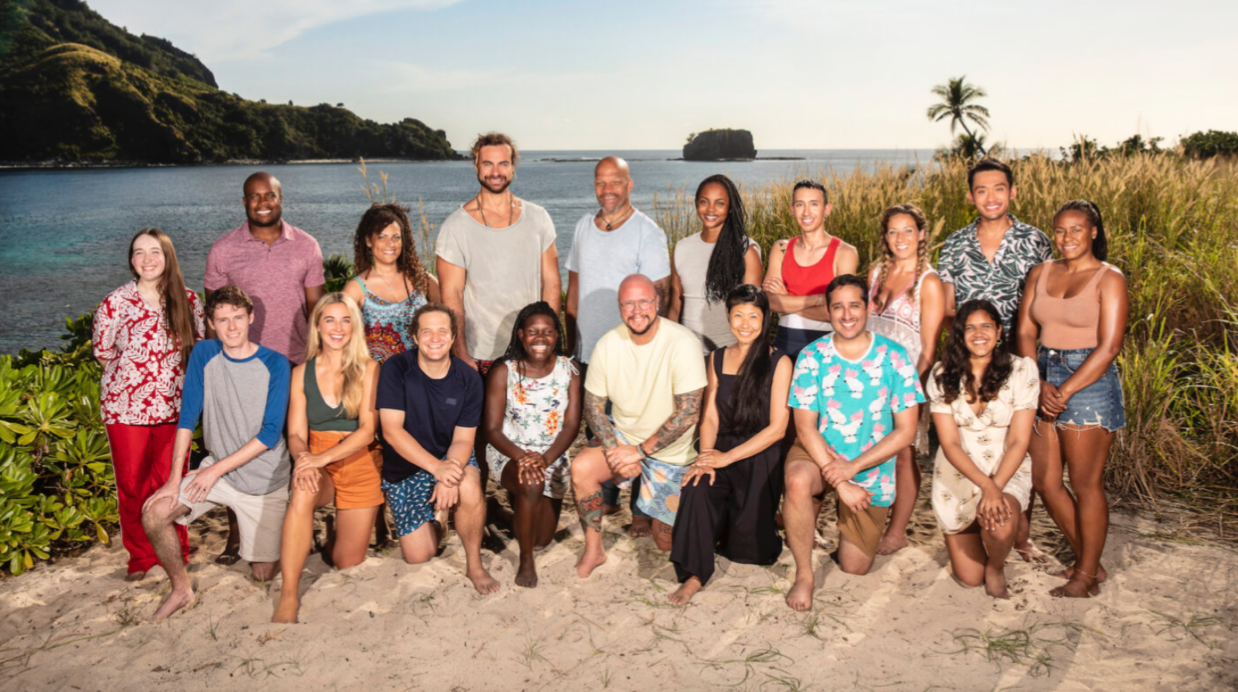 The cast of Season 42 of Survivor. Photo courtesy of Robert Voets/CBS.

On March 9, the 42nd season of the reality TV series “Survivor” premiered on network television and select streaming services. The long-running CBS show presented season 42 to its loyal audiences, and each consequent episode has been packed with twists and turns. These action-packed events meet both the demands of the masses seeking entertainment as well as the legacy of “Survivor” history. Since the premiere of the series, innumerable changes have been made to the original premise of the show.

Changes to a classic

Pandemic-related pressures heralded a new era for the series in season 41, but season 42 continues the trend by building upon the novelty of this era of “Survivor” and simultaneously accommodating the pressures of a global pandemic.

Audiences watched as season 41 — which premiered September 22, 2021 — introduced a myriad of developments that both revitalized “Survivor” after a pandemic-induced hiatus and adapted to the effects COVID-19 left on the world. A shortened runtime, decreased numbers of players and lack of resources at camp bases all transformed the game into a sped-up, intensified version of its old self. These changes were met with conflicting reactions from audiences, but nonetheless created a new atmosphere for gameplay within the series.

Emily Leavey, a first-year arts administration major, anticipated that the season 41 twists would change the game but came to enjoy their impacts on the players’ experience.

“I know that during COVID-19 they announced that they’d only do [about] 29 days, less than the usual 39,” Leavey said. “I really think it accelerated the game play, and the [lack of] rice and [players] having to earn [their] flint was a lot, so I feel like it really got people to play more rather than just being submissive and just sitting around.”

Sophomore Patrick Dowell, creative media and entertainment major, recognizes the fresh twists which keep viewers watching while reminiscing on the integral elements of the original structure.

“I am not a big fan of the changes to the actual format of the game; I think they artificially make the game more difficult, so I would like to see the return of those more traditional structures of the game,” Dowell said. “In reference to twists and advantages, I’m always a fan of introducing new things to the game. While I do think that some twists have gone a little too far, I’m a big fan of seeing new things and seeing how they affect the game.”

A number of notably bold players of recent seasons have been college students, making records by holding their own against older players. A generational progression from casts full of first-time contestants to superfans born after the series premiere has yielded both great gameplay and great television based upon lessons learned from precedent.

So far in season 42, an accelerated timeline has pushed aggressive gameplay to new heights. Heated tribal voting discussions, dissolved alliances and various backstabbing twists have all made notable appearances this season, in only four new episodes as of April 5. What remains to be seen is the aftermath of this strategy speed-run by the end of the season and its enduring impact on the future of the show.

Jennifer Whitaker, a junior elementary education major, takes note of the evolution of the social aspect of the game.

“I would say the social [aspect of the game] is probably what I enjoy the most, just because it has changed so much from the beginning,” Whitaker said. “From people not even knowing what an alliance was in the first season to now having live tribals and voting blocks; I just like the progression that [the social aspect of gameplay] has had over the show. I think it’s also the most complex part.”

On top of new progressions in the evolution of the series, “Survivor” chose to confront the changing world from which its cast came from. Black contestants shared testimonies of their experiences living through a period of renewed advocacy for racial justice, LGBTQ+ contestants shared their stories of empowerment in confidence and the cast overall focused on being cognizant of individual struggles outside of the game.

Leavey appreciates the way that real world events were reflected in the casting and events of recent seasons.

“I’m really happy that a woman of color has won for the first time in like five years or five seasons [on season 41],” Leavey said. “And she’s a cool business woman, and she does communication[s], which is what I’m interested in. It’s cool [to show that] you can have both of those things; you could be a winner of “Survivor” and also have a business.”

Nevertheless, the question remains: will we be seeing any Bulldogs in Fiji anytime soon? Leavey considers the possibility.

“I always think, ‘Oh, I can do that challenge, I’m mentally strong enough to do that,’ and then I see how much they’re suffering out there, and I’m like, ‘Well, maybe not,’” Leavey said. “If I did audition, I feel like it would be so fun just to be in that environment. Maybe in the future I will consider it … I don’t have any physical attributes that would help but I feel like I could play a good social and mental game.”

Though the feat of besting numerous competitors in a game of strategy and sustenance may present seemingly little correlation to cramming for exams or commiserating with peers in solidarity over 8 a.m. classes, students have the potential to bring the best of a new generation to the “Survivor” stage.