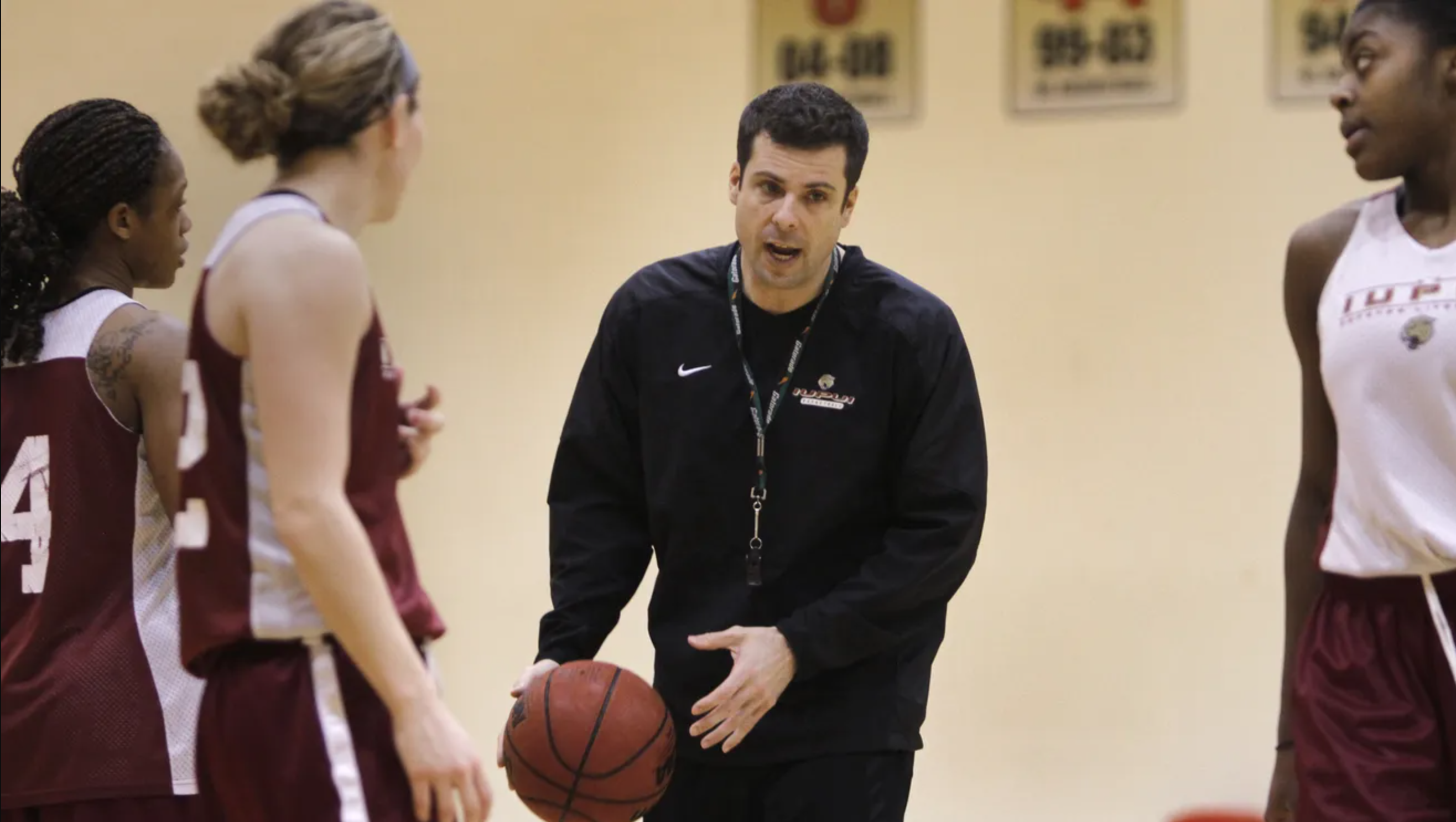 Parkinson talking to his players during a practice at IUPUI. Parkinson spent 12 seasons leading the Jaguars program before moving to Butler. Photo courtesy of the IndyStar.

The Butler women’s basketball team has hired Austin Parkinson as the team’s new head coach, the Athletics Department announced via a press release from Associate Athletics Director/Communications John Dedman. Parkinson will be introduced to the Butler community on Tuesday, April 12 at 1:30 p.m. in the Wildman room at Hinkle Fieldhouse.

In the release, Vice President/Director of Athletic Barry Collier explained what Parkinson brings to the women’s basketball program.

“Austin set himself apart from a strong pool of candidates with his experience building a championship-caliber program at IUPUI and his vision for how Butler will achieve similar success within the BIG EAST,” Collier said. “Austin is a strong leader and proven winner who shares the values of our university. We are thrilled for Austin, Whittney and their children to travel these short five miles to join the Butler Family.”

Parkinson played basketball at Purdue from 2000-04 and ended his career tied for 10th on the program’s all-time assist list. Parkinson’s father, Bruce, is the all-time assist leader in Purdue’s history and is a member of the Indiana Basketball Hall of Fame. His grandfather, Jack, played basketball at Kentucky and is a member of both the Indiana and Kentucky Basketball Hall of Fames.

Before taking over IUPUI’s women’s program, Parkinson spent two years as an assistant for the Jaguar’s men’s team. When Parkinson took over the IUPUI program prior to the 2010-11 season, the Jaguars were coming off a three-win season. In his third season, the Jaguars had a complete turnaround, winning 20 games – the first of eight seasons Parkinson’s teams would achieve that feat.

In the release, Parkinson said he is excited to join the Butler family.

“Everything is in place at Butler for our program to make noise in the BIG EAST and I am grateful for the opportunity to lead the Bulldogs,” Parkinson said. “Butler is an elite university with a culture of toughness, discipline and selflessness. Both the campus and the city of Indianapolis offer the student-athletes an incredible experience. My family and I are excited to become part of the Butler community and look forward to building relationships like we were able to at IUPUI with so many great Jaguars, including all my players over the years, who played such a large role in our success.”