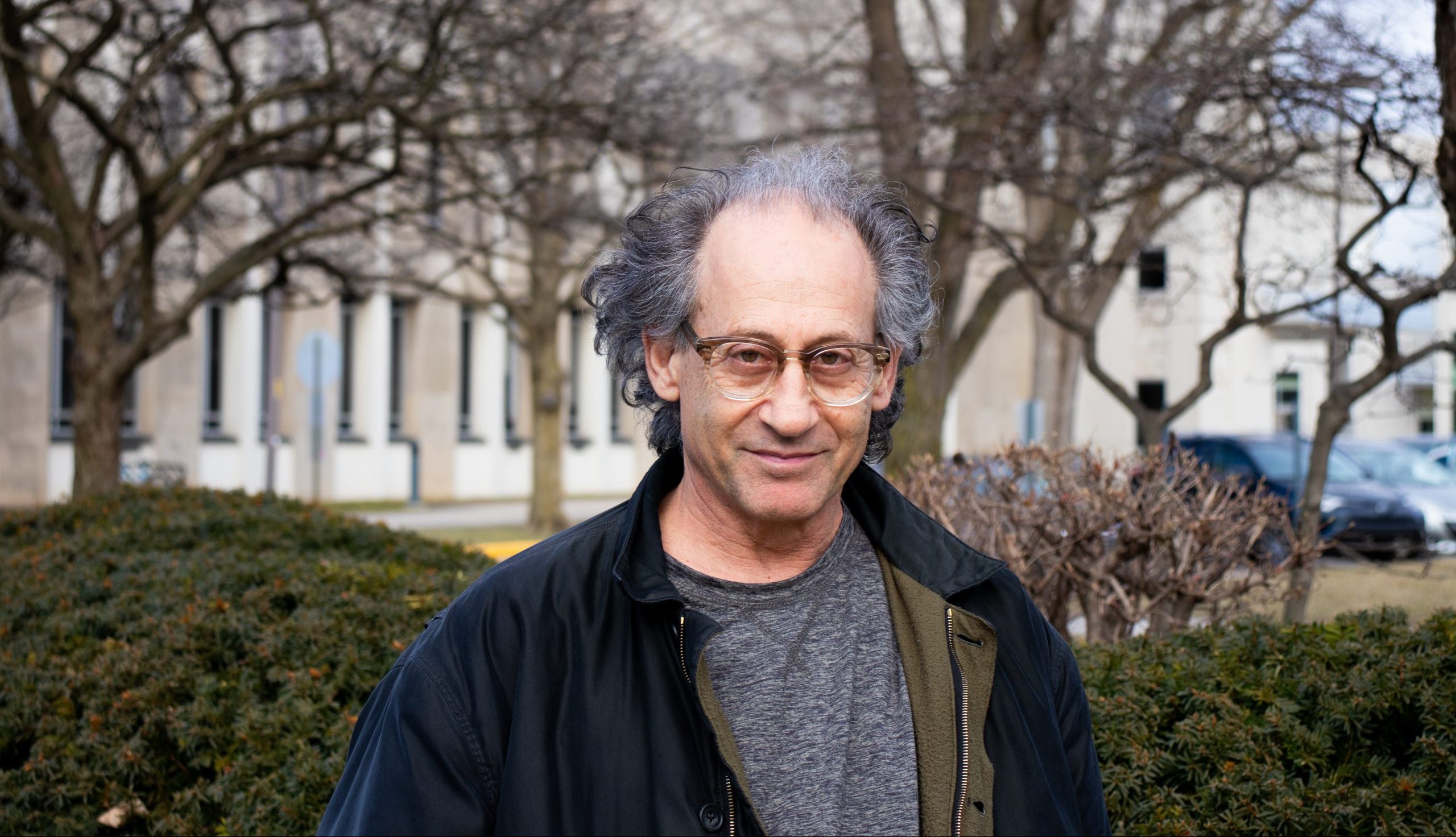 Jared Rodin stands outside of Lilly Hall on Butler’s Campus. Rodin is a renowned trombone player working as a trombone instructor at Butler University. Photo by Ben Caylor.

From playing with Frank Sinatra to taking a job in Italy, Jared Rodin’s resume is one many would envy. As a trombone adjunct professor in the Jordan College of the Arts since the 1990s, Rodin uses his real-world experience to inspire students in the classroom.

Rodin said he fell in love with trombone in grade school and has had a passion for playing ever since. This passion can be seen through his teachings.

“Seeing the lights go on in a student when you connect with them and they find their own way is rewarding,” Rodin said. “The biggest part of teaching is to teach them how to teach [themselves] or teach them how to learn and practice.”

David Murray, director of the school of music, said students have given positive feedback about  Professor Rodin.

“He does quite well,” Murray said. “The students he has right now seem to enjoy working with him, and they are well prepared for their juries and ensembles. What gives him an edge is the quality and amount of his performance experience.”

When Butler reached out about his interest in a teaching job, Rodin said it was convenient since he lived in Indianapolis just a couple of miles from the school. At the time, Rodin was teaching at Ball State full time, however, it was an interim position.

Since playing an instrument is a highly specific skill that takes practice, Rodin said his teaching methods differ from those found in a traditional academic class.

“The acquiring of these skills and applying abstract concepts to get concrete results that are repeatable and predictable is different for everyone,” Rodin said. “I have a set of fundamental principles that we all work with. The way students confront or internalize them is individual.”

Michael Mazerolle, a sophomore trombone performance and music performance major, said he likes how transparent Rodin is with his students.

Rodin said it was a world class experience to play with all these different orchestras.

“There’s levels of artistry of all kinds of orchestras,” Rodin said. “Groups at this level have their own particular way of playing because it’s a group of individuals.”

In his experience, Rodin said all the orchestras have a different sound and atmosphere. The way the acoustics sound in the concert halls as well as who the music director is are factors that players have to adapt to.

“I grew up in Chicago, so they’re my hometown orchestra,” Rodin said. “They’re kind of well known for a certain kind of style that, as a brass player, I have an affinity for, so they are probably my favorite orchestra I have played with.”

Sterling Powell, a sophomore trombone performance and arts administration double major, said Rodin has been able to use his experiences to help Powell improve his playing.

“He has helped me to find my sound and how I can tell a different musical story than other players,” Powell said.

Rodin has not just played in other states, but also performed, and landed his first full-time professional job in Italy. While working for the Italian National Radio Orchestra in Turin, Rodin played two nights a week, where one of those nights was broadcast on the radio.

“They had their style and tradition of how they approached certain kinds of music so that was quite interesting,” Rodin said. “The best part was we had most Saturdays, Sundays and most Mondays off every week, so you could just hop on a train and go somewhere like Germany or Switzerland.”

Mazerolle said he thinks of Rodin as more than just a professor but also a mentor.

“I can come to him with problems about anything, even if it’s not about my playing,” Mazerolle said. “He legitimately cares about my future, and does that by keeping me in check.”

Throughout his career, Rodin has played with many talented musicians, including Frank Sinatra. Rodin said he played with Sinatra on New Year’s Eve in Las Vegas which created an electric experience.

“Playing with Frank Sinatra was life changing because the whole thing was on another level,” Rodin said. “He really was as good as everybody thought he was.”