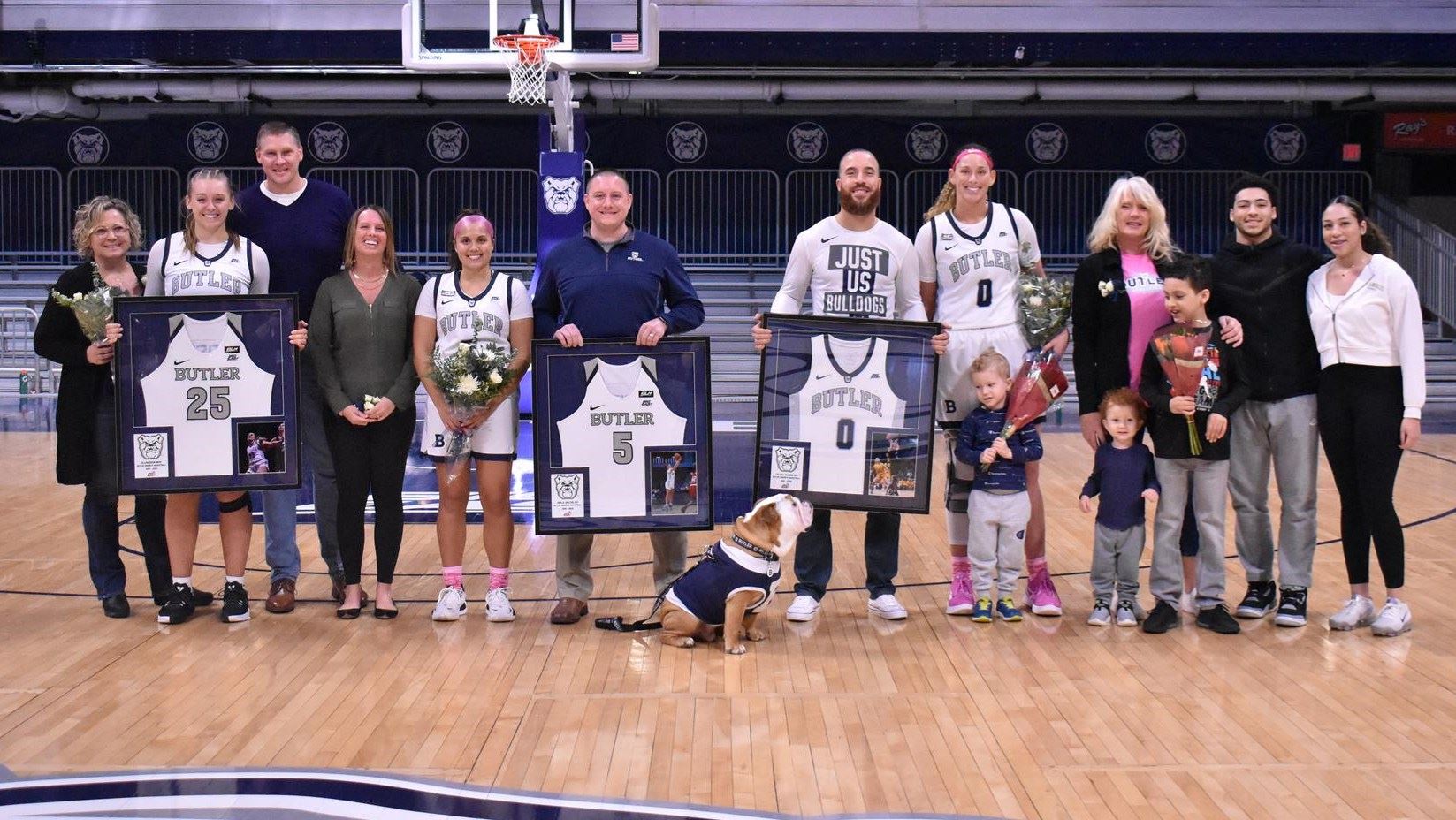 The Butler women’s basketball were unable to pull out a win, falling to Georgetown 69-48 Sunday in the team’s final home game of the 2021-22 season.

Butler as a team shot 41.7% from the field, but struggled from 3-pointers, shooting only 29.4% from three over the course of the game.

Kelsey Ransom led Georgetown in scoring, with 15 points while shooting 7-12 from the field during the game. Milan Bolden-Morris and Brianna Scott also scored double figures for Georgetown, scoring 11 and 10 points respectively.

As a team, Georgetown shot 45.3% from the field, and much like Butler, Georgetown also struggled from 3-pointers, only shooting 25% from beyond the arc.

The biggest difference maker in this game was turnovers for Butler. They had a total of 24 turnovers during the course of the game, more than twice as many turnovers as Georgetown had.

Georgetown outscored Butler 27-8 on points off turnovers, allowing the Hoyas to effectively take control of the game.

Bench scoring was also an issue for Butler, as the Dawgs were outscored 23-9 off the bench.

A bright spot for Butler was rebounding. The team out rebounded Georgetown 37-29 overall, along with grabbing 10 offensive rebounds versus Georgetown’s eight. Tenley Dowell nearly had a double-double, pulling down 11 total rebounds during the game, the most for either team.

Despite 10 offensive rebounds and getting more second-chance opportunities compared to Georgetown, Butler was outscored 12-4 on second chance points.

Butler’s play in the post as a whole struggled throughout the game, being outscored 36-18 in the paint – despite Butler’s strong rebounding performance.

As the regular season comes to a close, the Dawgs finish with a disappointing 1-26 overall record and 0-18 in conference play.

However, the team will travel to Uncasville, Connecticut to play in the 2022 Big East Tournament. The Dawgs will take on Seton Hall on March 4 at 4 p.m. – in what could be their final game of the 2021-22 season.