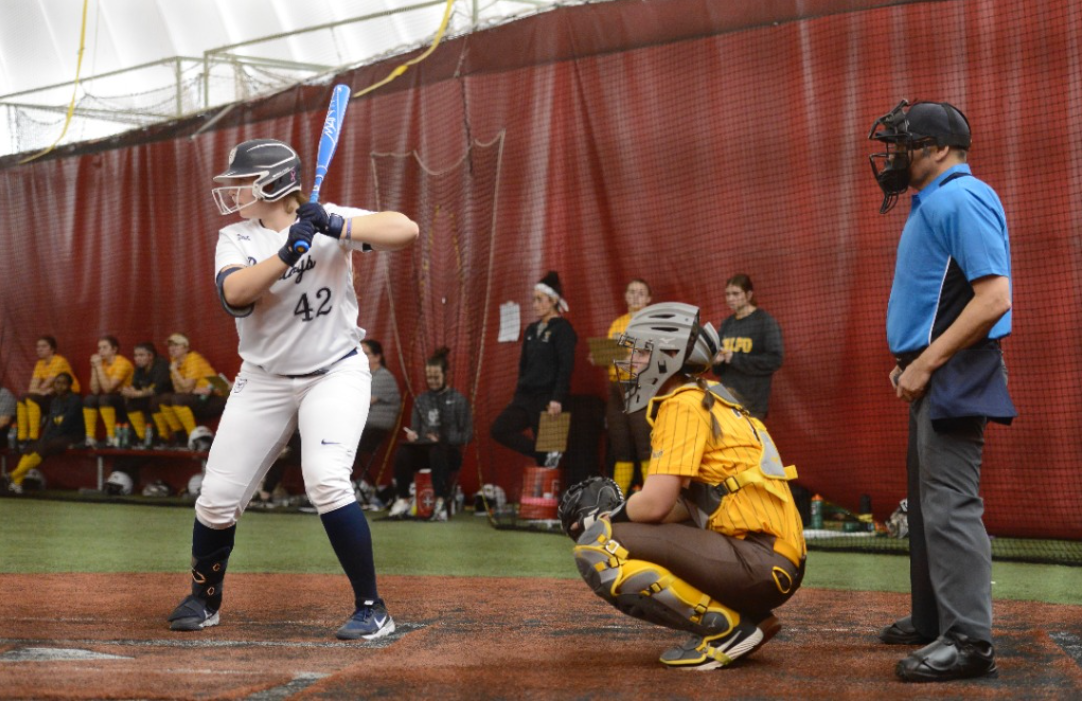 Butler baseball will have their home opener at Bulldog Park on Wednesday versus the Manchester Spartans. The first pitch will be at 3 p.m.

Butler baseball will head south to the sunshine state for a week-long stint of play. Friday’s game will start at 6 p.m. against the Jacksonville Dolphins. The Bulldogs will continue to play  Jacksonville for the next two days.

Butler softball will travel to Memphis, Tennessee for the Memphis Blues Classic. On Friday, the Dawgs will take on the IUPUI Jaguars at 2 p.m. Butler will have home-field advantage for the first game of the tournament. Following the IUPUI game, Butler will play Memphis at 4:30 p.m.

The women’s basketball team will head to Connecticut for the first round of the Big East Tournament. The Bulldogs will play the sixth seed, which has currently not been set. Tip-off will be at 4 p.m. and can be watched on FloSports and the Big East Digital Network. If they win, they will play again on Saturday for the quarterfinals.

The women’s tennis team takes on Cleveland State at home in the Butler Bubble. The last time the Dawgs played the Vikings back in 2018, they secured a win. The match will begin at 3 p.m.

Butler baseball will play Jacksonville for the second time in their three-game series. The first pitch will be thrown at 6 p.m.

Butler men’s tennis will travel north to Lansing, Michigan to play the Michigan State Spartans. The last time Butler played Michigan State was in 2010. The first match of the event will begin at 4 p.m.

Men’s basketball vs. No. 11 Villanova

Butler men’s basketball will play No. 11 Villanova in their last regular season game at Hinkle Fieldhouse. The last time the Bulldogs played Villanova was on Jan. 16, which resulted in an 82-42 loss. Tip-off is at noon and can be watched on FOX or listened to on WXNT 1430AM.

Women’s tennis will take on Valparaiso at home at the Butler Bubble. Butler has an all-time record of 8-0 when it comes to playing Valpo. Match time is at 11 a.m.

Continuing the Memphis Blues Classic, the Bulldogs will first play Indiana State at 9 a.m. At 11:30 a.m., Butler will go head-to-head with the Iowa Hawkeyes. The Dawgs will have home-field advantage for both games.

Butler baseball will take on the Jacksonville Dolphins for the final time in their three-game series.  The game will start at 1 p.m.

On the last day of the Memphis Blues Classic, Butler will play IUPUI for the second time of the weekend. The first pitch will be thrown at 9 a.m.

The women’s lacrosse team will play Detroit Mercy at home on Varsity Field in Butler Park. The face-off will be held at 9 a.m.

Both men’s and women’s golf teams will participate in the Benbow Invitational in Jacksonville, Florida on March 7 and 8.

Continuing their Florida trek, Butler baseball will take on North Florida in Jacksonville. The first pitch will be thrown at 6:05 p.m.

On the journey back home following the Memphis Blues Classic, the Bulldogs will take a pitstop in Morehead, Kentucky. On Tuesday, the softball team will play in a doubleheader against Morehead State. The first game will be at 1 p.m. and the second game will start at 3:30 p.m.

Butler men’s tennis takes on Big East rival Creighton in Orlando, Florida. The match time has currently not been set.

Butler women’s tennis will go up against Florida Atlantic University in Boca Raton, Florida. The match will begin at 10 a.m.

The first round of the men’s Big East Basketball Tournament begins on Wednesday at Madison Square Garden. The first game, between the eight and nine seeds, begins at 4:30 p.m. The tournament will be live on FS1.