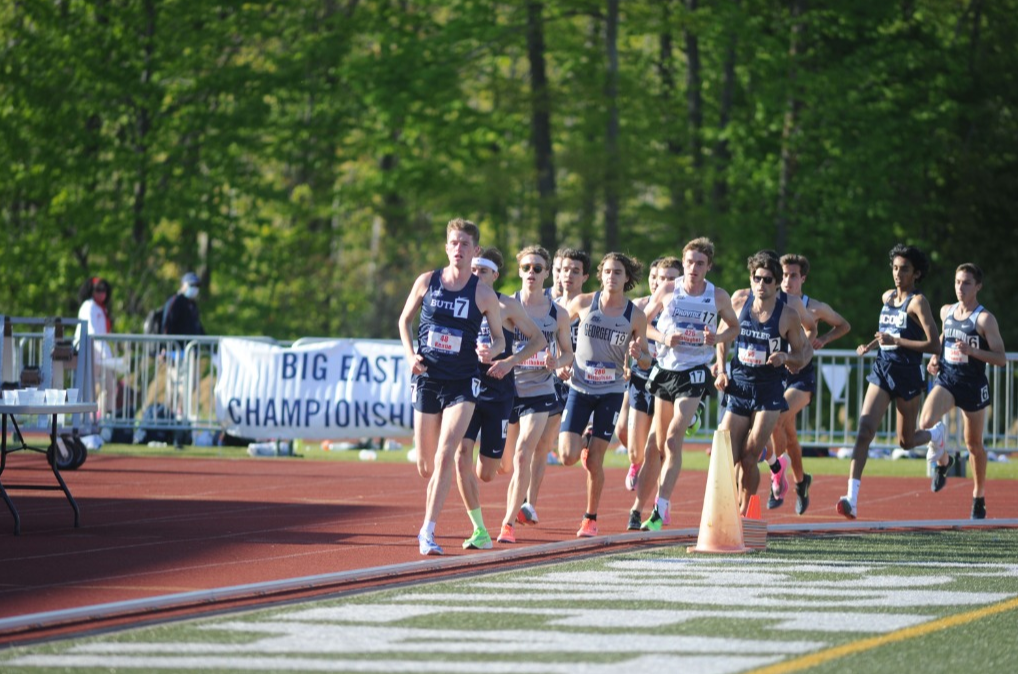 On Feb. 25-26, the Butler track and field team competed at the Big East Indoor Championships in Chicago, Illinois.

The Butler men’s squad finished fourth out of eight teams in the final standings, while the women’s team placed sixth out of nine teams.

Throughout the meet, both the men’s and women’s teams produced plenty of highlights. Multiple Bulldogs won their events and a few school records fell.

On the men’s side, the most notable result was Simon Bedard’s triumph in the 5000 meter race. Bedard won the event with a time of 13:43.04, breaking the Big East Indoor Championships record by more than eight seconds.

Butler runners swept the top two spots in this event as Barry Keane followed closely behind Bedard with a time of 13:43.81. Keane also finished on the podium in the 3000 meter race, placing third with a personal best time of 7:56.46.

In the sprint events, Butler’s best result was Isaac Kane’s second place performance in the 200 meter dash. Kane’s time of 21.35 broke a Butler program record that had stood since 1994.

On the women’s side, Niki Ezeh continued her successful season by winning the 60 meter hurdles event with a blazing time of 8.46. Ezeh also finished second in the pentathlon with 3,829 points, breaking her own program record.

After a successful performance at the Big East Indoor Championships, Butler’s squad will receive a well-deserved weekend off from competition. In two weeks, qualified runners will head down south to Birmingham, Alabama for the NCAA Indoor Championships to close out the indoor track and field season.