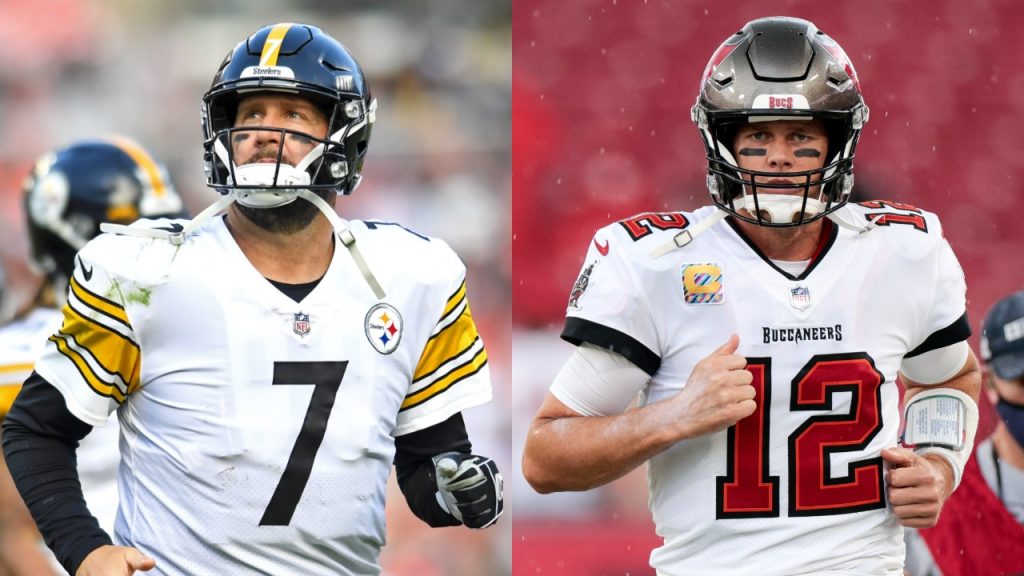 How does a team replace a player who has stuck with them since the day they were drafted? How does a front office look to replace the single most successful quarterback in the history of their franchise?

For the Pittsburgh Steelers and Tampa Bay Buccaneers, this question will loom over them during this crucial offseason.

For Pittsburgh, an aging Ben Roethlisberger spent his last two seasons barely being able to escape the pocket and get the ball 50 yards down field. Yet, the black and gold stuck with their two-time Super Bowl winner, despite his clear and rapid regression. So what’s the fix?

It is not exactly clear in Pittsburgh what their plan is. The default option would be to wait until the preseason and see whether Mason Rudolph or Dwayne Haskins proves themself enough to earn the starting spot in the Steel CIty.

However, both quarterbacks are not exactly starting material despite being in the NFL. Mason Rudolph’s singular start this season resulted in a 16-16 tie with the team that finished at the bottom of the NFL — the Detroit Lions. Rudolph has the experience within the Steelers offense compared to Haskins, but lacks any flair and is a standard pocket passing quarterback.

This could benefit Pittsburgh in the short term — as they would hardly have to adjust their scheme — but Rudolph’s inaccuracy and upside do not make him a clear choice as the starter come fall 2022.

Dwayne Haskins has barely played regular snaps since 2020 when he was a part of Washington’s offense. However in that season, he managed to throw more interceptions than touchdowns. His upside is his athleticism when compared to Rudolph, and head coach Mike Tomlin has expressed his desire to deploy a more mobile quarterback for the future. Haskins is still fairly young which can help if the Steelers are willing to remain patient.

Then again, a shift in play calling may be required as Haskins is not a typical pocket passing quarterback that Pittsburgh’s offense has been molded around.

If the solution isn’t in Pittsburgh, then where should the Steelers look?

Should youth be the route the Steelers take, look no further than University of Pittsburgh quarterback Kenny Pickett. Already accustomed to Heinz Field — where Pitt plays their home football games — the former Panther can easily transition to being a Pittsburgh Steeler.

Accurate, patient and composed both in and outside the pocket, the agile gunslinger from Pittsburgh can be the next successful starter for the Steelers. While in his fifth and final year at Pitt, he threw for 42 touchdowns and just seven interceptions with a league ready 67 percent completion rate. ACC champion, Heisman finalist and already fan favorite in Pittsburgh, the shoe would most certainly fit should Pickett end up in Pittsburgh.

The downside however, is Pickett might need time to adjust to the pros and that may not suit teammates who want big contracts and results. That being said, Pickett shows no reason why he cannot make the jump and be successful from day one.

But what if Pittsburgh does not want to wait to develop talent? Well, Aaron Rodgers is a name that has already been tossed around on all of the social media platforms as the next quarterback for Pittsburgh.

Undoubtedly talented and one of the all-time greats, Rodgers needs no time to adjust to the offense and with Mike Tomlin’s understanding of the game, Pittsburgh could easily jump back into the playoff conversations without having to blink an eye. The only downside, Rodgers is old and his patience is short. He will want to win and if things were to go south, it could end in an underwhelming fashion for the Packers all-time passing leader.

Butler offensive lineman and avid Steelers fan, Otto Weight, hopes that the Steelers could avoid the draft all together and enter the quarterback sweepstakes.

“I would hope to see either Aaron Rodgers or Jimmy Garoppolo in a Steelers jersey next year,” Weight said. “I think both of them would fit right in with the Steelers. I am not overly impressed with most of the quarterbacks in this upcoming draft, however I do like Matt Corral if the Steelers cannot get a quarterback in free agency”.

Moreover, Weight does not feel it is a smart move to wait on Haskins and Rudolph to battle it out, as it could be too little too late for an organization that needs a surefire replacement now.

While Pittsburgh’s situation is a little less dire, the Buccaneers have to get it right this offseason if they want to keep talent together.

Last week, Tampa Bay had to say goodbye to the greatest player in the history of the game, Tom Brady. Whether you like him or not, his impact was clear every single time he stepped on the field. While the seven-time champion’s career did not end in Super Bowl glory, Brady left a massive hole in an aging offense.

With Chris Godwin likely out the door and Antonio Brown abruptly ending his stint in Tampa, the Bucs are left with Mike Evans as the lone big name receiver from last season. The defense is still strong and while an injection of young talent on the defensive line would be great, could the Bucs take a quarterback in the first round?

Possibly, but with Matt Corrall from Ole Miss and Kenny Pickett from Pitt likely off the board, it does NOT make sense for the Bucs to take a quarterback.

UNC quarterback Sam Howell had an impressive junior season but then followed it up with an underwhelming senior year. His completion percentage dropped six points down from 68 to 62. Howell threw for 3,056 on 347 attempts after he had thrown for 3,586 on just one attempt more the previous season. Additionally, he threw for six less touchdowns and two more interceptions. Not exactly an ideal way to wrap up your college career.

Malik Willis from Liberty had a solid senior season throwing for almost 2,900 yards with 62 percent accuracy and 27 touchdowns. However, his 12 interceptions could be viewed as an issue. Willis only faced one top 25 team last season in Louisiana, and lost. In addition, after falling to an unranked Army team — despite throwing for over 300 yards — Willis finished with a single touchdown and one interception.

These opponents are not exactly the powerhouse secondaries that he would see in the NFL. Willis’ lack of time against big-name defenses — particularly secondaries — leads me to believe he may not be as successful in the NFL.

What about Kyle Trask? Trask, a former 2021 second round pick and dominant quarterback at Florida, has yet to play a regular season snap in the NFL for Tampa. Granted, he did appear in the preseason, but it did not exactly go to plan as he struggled to put together complete drives.

So then what do the Buccaneers do? Enter the Aaron Rodgers sweepstakes. It makes perfect sense. Rodgers can get his revenge on Green Bay for whatever reasons he has buried deep down inside. He would be the second franchise quarterback to leave for Tampa in the last few years and suddenly have a competent defense and effective running game to support his cannon of an arm.

Then, the Bucs can use their first few picks to bring in college talents to play receiver, as this class is loaded with a number of deep threat options. While the Buccaneers would have to cash in to land Rodgers, it makes sense for him as a final farewell before ending his record-breaking career.

In the end, Pittsburgh hopefully gets their hometown hero in Pickett and Tampa Bay gets another Super Bowl winner to call the plays. It may all sound a little too perfect, but if these two teams play their cards right, they will see the same level of success far sooner than they might have imagined.