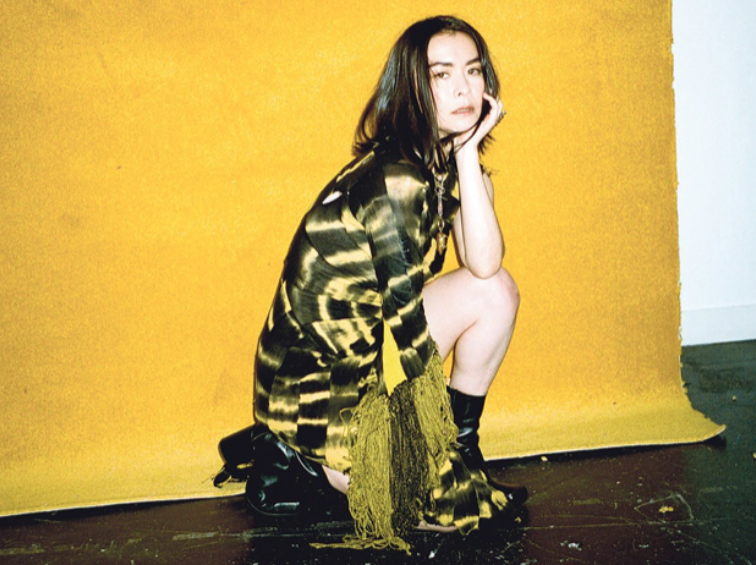 Butler students are eager to hear Mitski’s release after taking a repose from the spotlight. Photo courtesy of Crack Magazine.

This Friday, Feb. 4, singer and musician Mitski will make her complete return to music with her sixth album “Laurel Hell.” After a two-year extended hiatus, complete absence from social media and her “longest album writing process yet,” the 11-track record is expected to draw upon new sonic directions and signature visceral lyricism to complement Mitski’s previous albums and please new and old fans alike.

Mitski’s rise to recognition and musical success was organic and fueled by die-hard fan approval and indie appreciation. Since 2019, the artist’s popularity has suddenly skyrocketed, orchestrated by seemingly omniscient social media algorithms and viral appreciation out of her control, factors which contributed negatively to her own mental state. The artist has previously spoken about the suffocation she feels within expectations to impress and engage through digital mediums as opposed to the raw expression her art presents. The honesty and unique personal narratives conveyed in her art elicit pressure to bare one’s soul, an intriguing addition to the ongoing exploration of personal lyrics in popular music to increase connectivity to fans.

Lauren Glenn, a senior strategic communication and health communication major, recognizes this intimacy but respects the boundaries Mitski has put in place in regards to her public persona.

“I think Mitski is pretty special and her identity really informs her work, but she doesn’t talk about it,” Glenn said. “She doesn’t say, ‘Oh, I’m Asian and that’s why I wrote this song’ … You just know through her lyrics. She doesn’t have to explain any of her songs. She’s super private. She keeps her life very close to the chest, which makes her more intriguing, I think.”

The privacy Mitski practices by refusing to divulge personal information about herself and the subjects of her songs is a form of self preservation from the negative attention of media influences and invasive speculation. The artist plans to explore her limits and let the music speak for itself as she approaches a heavy touring schedule while giving a sonically novel record to the world.

Gansey Petroff, a junior psychology and classics major, finds a balance of vulnerable storytelling and musical experimentation to be especially distinctive in Mitski’s discography.

“I can really tell that this is something that she uses to express an emotion as a means to an end,” Petroff said. “Her [music] is almost like a diary or a journal, and it’s really personal to listen to. [This album] is kind of a new place that she’s bringing her sound to by using a lot of stuff that she hasn’t used in her music before, like in terms of instrumentals; it shows that she’s going in a new direction.”

This new direction is one influenced by Mitski’s hiatus and time away from the musical spotlight. Similar but different to the “quarantine albums” released over the last two years, Mitski wrote and developed most of the record in 2019 while in her own type of isolation by way of an artistic and public hiatus. Emerging from the void this year, the artist announced her album amid four sonically stark recent single releases: “Working For The Knife,” “The Only Heartbreaker,” “Heat Lightning” and “Love Me More.”

Logan Goettemoeller, first-year English literary culture, theory and criticism major, prefers “The Only Heartbreaker” due to its upbeat tempo and sleek instrumentals when compared to the hazy chug of the other singles, but remains open to variety in the album’s overall tone.

“[The Only Heartbreaker] is a banger, and it makes me wanna groove a bit,” Goettemoeller said. “I am expecting more of the typical-Mitski ‘sad’ songs on the album, definitely some to cry to more than dance to.”

How will Butler students specifically be absorbing this anticipated release? Goettemoeller said that his listening experience will most likely be intense, despite his positive anticipation for the album.

“When I listen to the album for the first time, I’ll probably have a blanket over my head while I bash myself against a wall, but simultaneously be able to absorb the music,” Goettemoeller said. “The dread and stress of 20 credit hours is going to bring that on.”

“Laurel Hell” can be found on any major music streaming service by midnight Feb. 4, or for purchase on Mitski’s website.