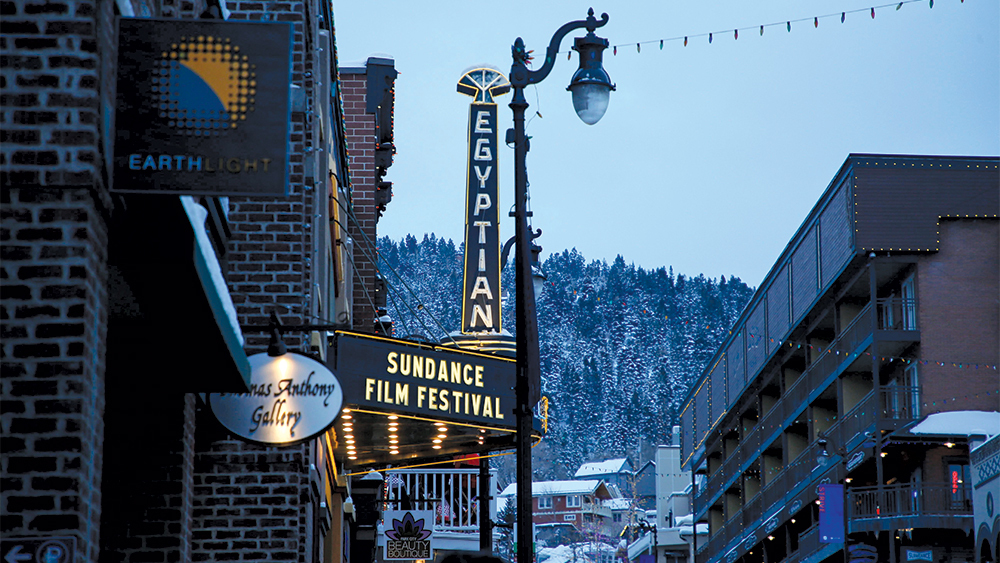 Another snowy Sundance will no longer happen, due to concern regarding the omicron variant of COVID-19. Photo courtesy of Danny Moloshok via IFC Films.

The 2022 Sundance Film Festival took place from Jan. 20 to 30. Initially conceived as a hybrid festival, with both online and in-person screenings taking place, Sundance was promptly moved online on Jan. 5 following the surge of COVID-19 cases due to the omicron variant.

The program consisted of over 80 films and screenings, a little over 90% of these films being world-premiere screenings.

For an average film lover, Sundance is an exciting time, as it lays the groundwork for smaller films to come later in the year. It previews what will be released, what themes are prevalent and a general sense of what is to come.

For those who may not be familiar with Sundance or the world of cinema, the festival can seem overwhelming hectic. So many movies coming out may seem pretentious, hard-to-grasp or self-indulgent, or as Britney Spears would say, “The movies are weird – you actually have to think about them when you watch them.” While Sundance certainly has its share of arthouse films, the festival premiered several films for a wide-ranging audience.

Throughout its history, Sundance has always been about showcasing independent films. Sundance began in 1978 as the Utah/US Film Festival. Since its conception, it has been a yearly festival to promote indie films and specifically highlight Utah filmmakers.

Prior to last year’s festival, Sundance was held exclusively in the mountains of Utah. The location was scouted and bought by the festival originator, actor Robert Redford. Currently, the festival conducts land acknowledgments prior to every film, including online screenings and highlights indigenous filmmakers.

Because the festival took place exclusively in Utah with no online options, it was a highly exclusive event; costs included getting a plane ticket, booking a hotel in the area and buying tickets to each film.

This changed drastically for the 2021 and 2022 Sundance film festivals, which both took place online due to COVID-19. Tickets could now be bought by anyone online. Each ticket came with an assigned screening time where the movie would become available for five hours to watch.

The cost of a single Sundance screening online this year was $20, which is heavily reduced from the estimated thousands a trip to Utah would cost with festival passes costing over $100, accommodations and food. Senior creative media and entertainment major Nick Denbow said this was beneficial for those interested in the festival.

“It makes it so that people who can’t afford to go all the way to Utah can be a part of that festival,” Denbow said. “It was a special opportunity.”

“It was really just the ease of access,” Sanchez said. “Now you don’t have to go to Utah to see these movies. You can watch it from your couch. I enjoyed watching it from home.”

All films were available to watch from home. However, two Sundance premieres stood out, one a feminist thriller and the other a feel-good film for everyone to enjoy.

“Watcher” was one of the many films that had its premiere at Sundance this year. In a tightly executed directorial debut from Chloe Okuno, the horror-thriller film takes place in Romania, where an American woman fears a man is relentlessly following her in the midst of a Romanian serial killer on the loose.

The film stars new-age scream queen Maika Monroe as the lead, who had previously starred in “It Follows” in 2014. Monroe plays Julia, who moves with her husband for his work. Isolated by language and an unfamiliar environment, she begins to watch a man across the street in an apartment who begins to appear everywhere she goes. Denbow said Monroe hits it out of the park with her performance.

“It was very tense and effective,” Denbow said. “Maika Monroe was excellent and did a great job emoting with her face throughout the movie. It still managed to surprise me even though it was a familiar plot.”

The plot and themes can be likened to “Rosemary’s Baby” or even Monroe’s “It Follows.” A sense of voyeurism and anxiety-inducing dread hinges the movie on the unfortunate reality women face. Okuno presented the film while stating it was born from the fear women face daily.

Okuno and Monroe both provide a tale that is timely and unfortunately timeless. “Watcher” will keep viewers on the edge of their seats, biting nails and grinding in suspense.

Another notable premiere was “Cha Cha Real Smooth.” Directed by and starring Cooper Raiff, the movie is about Andrew, a newly graduated college student who begins working as a hypeman of sorts for local bar mitzvahs. Through his parties, he meets Domino, the young mom of a girl named Lola, who has autism. The three begin a complicated, yet kind bond.

Raiff is a young director with immense potential. “Cha Cha Real Smooth” is his second feature film. His debut feature, “Shithouse”, was also screened at Sundance in 2020. Both of his films aim to capture the angst and tribulations that come with life during and after college. With his extremely captivating characters and relatability to those in-between stages of their lives, Raiff offers hope and humor.

“The best part [of ‘Cha Cha Real Smooth’] was the chemistry between the two lead [actors],” Sanchez said. “They fit together so well it didn’t even seem like it was acting. Their connection felt real.”

Vanessa Burghardt, an autstic actor, played Lola. It is unfortunately still rare to see any representation of neurodivergent people on screen, especially by neurodivergent actors. However, Burghardt played a beautiful character, who she said “is like a fully-formed person, and I really like that about her, because that’s really rare from what I’ve auditioned for and what I’ve seen.”

Sundance will surely return next year, but what Sundance 2023 will look like, however, is still up in the air.

One of the most important factors is the ongoing pandemic. Though cases of omicron are beginning to decrease, nothing is certain. Sundance Film Festival director Tabitha Jackson acknowledged the future only slightly.

“Theatrical exhibition will always be an important part of the work we show,” Jackson said in an article. “Of course, we’re still hoping to be able to return to the sort of classical collective experience [we’ve had in the past. But] flexibility is key in these times.”

One can only hope Sundance will continue to offer some screenings online. With it being so accessible now thanks to the pandemic, it will be hard to return to the way Sundance was. Maybe soon audiences will begin to choose whether to screen from home or enjoy a mountain retreat come time next January.