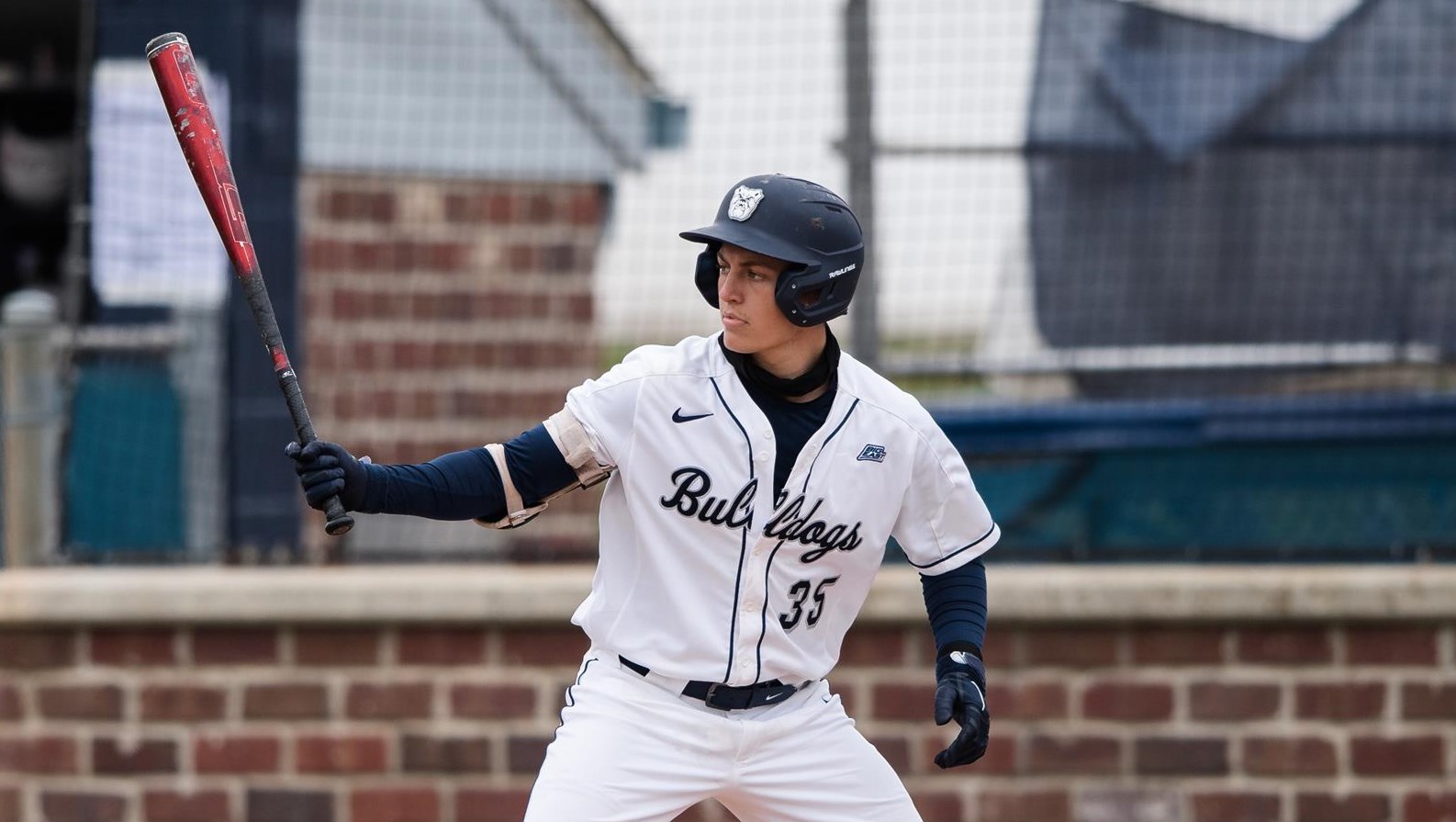 Junior catcher Aaron Steinhart gets ready to hit during a series against the Valparaiso Beacons in March 2021. Steinhart had five hits, four RBI’s, two doubles and a pair of stolen bases throughout the weekend. Photo courtesy of Butler Athletics.

The Butler baseball team beat out their opponents this weekend, winning two games against Jackson State and one against Prairie View A&M. The Bulldogs improve to 3-3 on the season.

Butler came back in their first game — after being down 5-1 in the fifth inning — against Jackson State, before taking over and clinching the win 6-5. Their next game against the Tigers was another close victory, ultimately ending in a 2-1 Butler win.

In between the Jackson State matchups, the Bulldogs won convincingly against Prairie View A&M. Butler would lead 2-1 through the sixth inning before scoring eight runs through two innings.

Butler got back to .500 after losing their first three games of their season, showing a lot of positives and growth through these three games.

One of the best things the Bulldogs did this weekend was steal bases, nabbing 15 of them through their three games without getting caught once. Graduate student Travis Holt, along with juniors Aaron Steinhart and Scott Jones snagged three apiece. Butler is currently first in the Big East in bases stolen at 20, ahead of the next team Georgetown, by eight bags.

All of the stolen bases created a lot of RBI opportunities for Butler, who converted 18 of their 26 hits to runs. Steinhart led the team through the weekend with four RBI’s. Additionally three Bulldogs had three RBI’s this weekend  — Ryan O’Halloran, James Gargano and Garret Gray — who earned all of his RBI’s in the game against Prairie View A&M.

Improvements in Pitching and Defense

Butler pitched much better this series than last weekend against Murray State. The pitching staff as a whole played well — especially junior Aaron Barokas — who struck out seven batters and allowed only two hits during a six inning shutout  against Jackson State.

The defense also cleaned up on some of their errors, only conceding four errors compared to their six in the Murray State series. The defense also did a good job of holding batters from scoring — particularly against Prairie View A&M — where they held the Panther’s eight hits to only one run.

Butler hopes to carry their momentum against the Northern Kentucky Norse in Highland Heights on March 1 before their home opener against Manchester on Wednesday, March 2. Then, the Bulldogs will head down to Florida to play a series against Jacksonville from March 4–6.