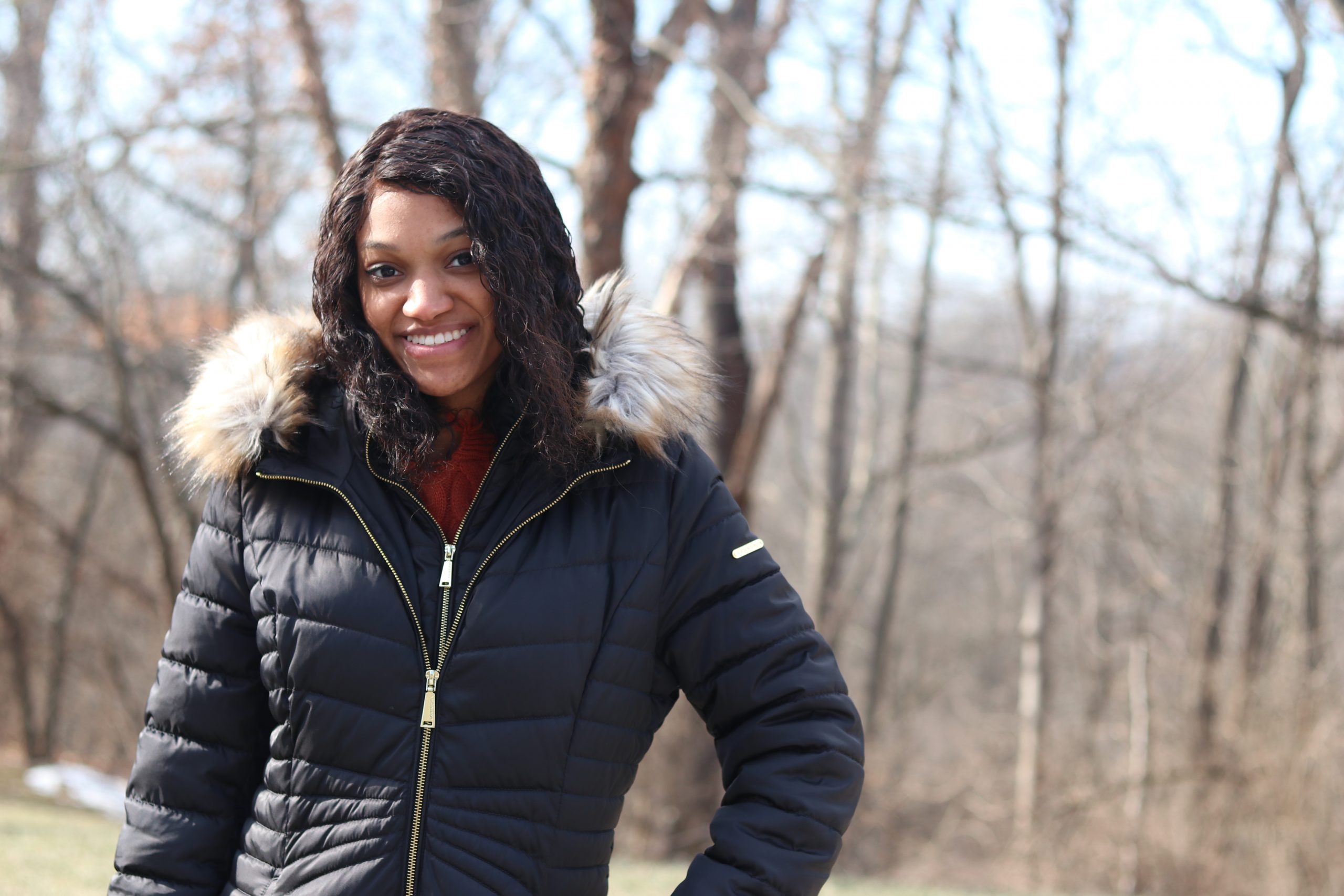 Kaylee Johnson-Bradley’s voice has led her to make her first appearance on TV. Photo by Francie Wilson.

Kaylee Johnson-Bradley, a sophomore journalism and communication sciences and disorders double major was recently a contestant on the Fox game show “I Can See Your Voice.”  Even though she started her singing career at a young age, Johnson-Bradley never expected to get this far but was thrilled and excited to be offered this opportunity.

The Butler Collegian: ​​Have you always had a background in singing?

Kaylee Johnson-Bradley: I have probably been singing since I was really little. I used to get in trouble during swim practice when I was like five or six … I would get in trouble for singing. I guess I started performing in my talent shows in middle school, and from there I did high school theater and now I’ve been doing [performances] around the city — like I did CarmelFest this past summer and won a few awards there.

TBC: What was your inspiration to start singing?

KJB: I mean I have just always loved to sing, but performing, I guess I would say that it was my dad. He passed away when I was really young, so it was kind of like to do that for him — something that he never got to see. I’m just putting myself out there for him.

TBC: What made you want to be on “I Can See Your Voice”?

KJB: My mom and I had watched it a lot before I had gotten contacted, and so I got contacted by a lady that worked on the show. She saw one of my TikToks, and she was like, “We want you to come on the show, and you have to audition,” so I auditioned and then I got through and I was just super excited. I think it was just a matter of I wanted to be on TV too, and I liked the show.

TBC: What was your first reaction when the talent producer reached out to you?

KJB: I was super excited. I was like, “This show I’ve been watching, she wants me to audition,” so I immediately called my mom, and I told her and she said, “Well, of course, you have to audition.” So actually, she contacted me for American Idol first, and then I won a few rounds in that and then got cut. Then a few weeks later she contacted me about [“I Can See Your Voice”], and then I got on the show, and it was all just super exciting.

TBC: Can you explain the audition process?

KJB: So I had to do one where I was actually singing, and then I had to do one where I was lipsyncing to a song. I did ‘Confident‘ by Demi Lovato. Then I submitted that and it takes a couple of weeks, and then I got contacted again by the same lady, the talent producer, and she wanted to pitch me to the network. So, I had to send in pictures of myself and my family, things that I do in my free time and I eventually got through.

TBC: What was it like performing in front of a panel of judges and realizing you were going to be on TV?

KJB: It was kind of terrifying. Actually, I kept having to calm myself down while I was standing up on the stage waiting to sing because it was so nervewracking, and then I found out that Kelly Rowland was going to be the guest judge, and I freaked out because I was singing a Beyoncè song, they were both in Destiny’s Child, so I was like losing my mind. But, it was really cool, but I mean I was so nervous, but I mean, I think it turned out pretty well.

TBC: Did you ever think your singing career would get you on TV?

KJB: No. I literally thought I would be singing in my room for the rest of my life and now this is happening and so crazy. It’s something that I can cherish forever.

TBC: How do you think performing on “I Can See Your Voice” will help your singing career in the future?

KJB: I think that I can use this to my advantage by saying “Hey, I’ve gotten this far,” so when I apply to maybe another singing competition, or if I get in contact with a singing producer or whatever, they’ll be like, “Oh yeah, so you must be really good if you got on a TV show.” So yeah, I hope that helps me, and I hope people watch the episode, and they see it, and they’re like, “Wow I wanna talk to the girl” and maybe something will happen that way, maybe I’ll get a recording contract.

TBC: Do you see yourself having a singing career in the future?

KJB: I do. I mean, I’m going to school for things that aren’t related to singing, but if singing came into the picture, and that was my number one source of income, then definitely. If it could support me and my family, then for sure. I think if it doesn’t, then I would continue to do it as a hobby, maybe join a band, do local things around the state.

TBC: Do you have any future plans for your singing career?

TBC: What advice do you have for singers who want to jumpstart their career?

KJB: I would say, don’t be afraid of failure: be afraid of giving up. That’s the number one thing I say to myself. Like, yeah you can fail because I have been cut from a million things, but obviously, I haven’t given up because now I’ve been on television, and I’m still not gonna give up, and I’ll probably be able to do so many other things. So, that’s my advice for singers that may be losing hope or confidence in starting their singing career.