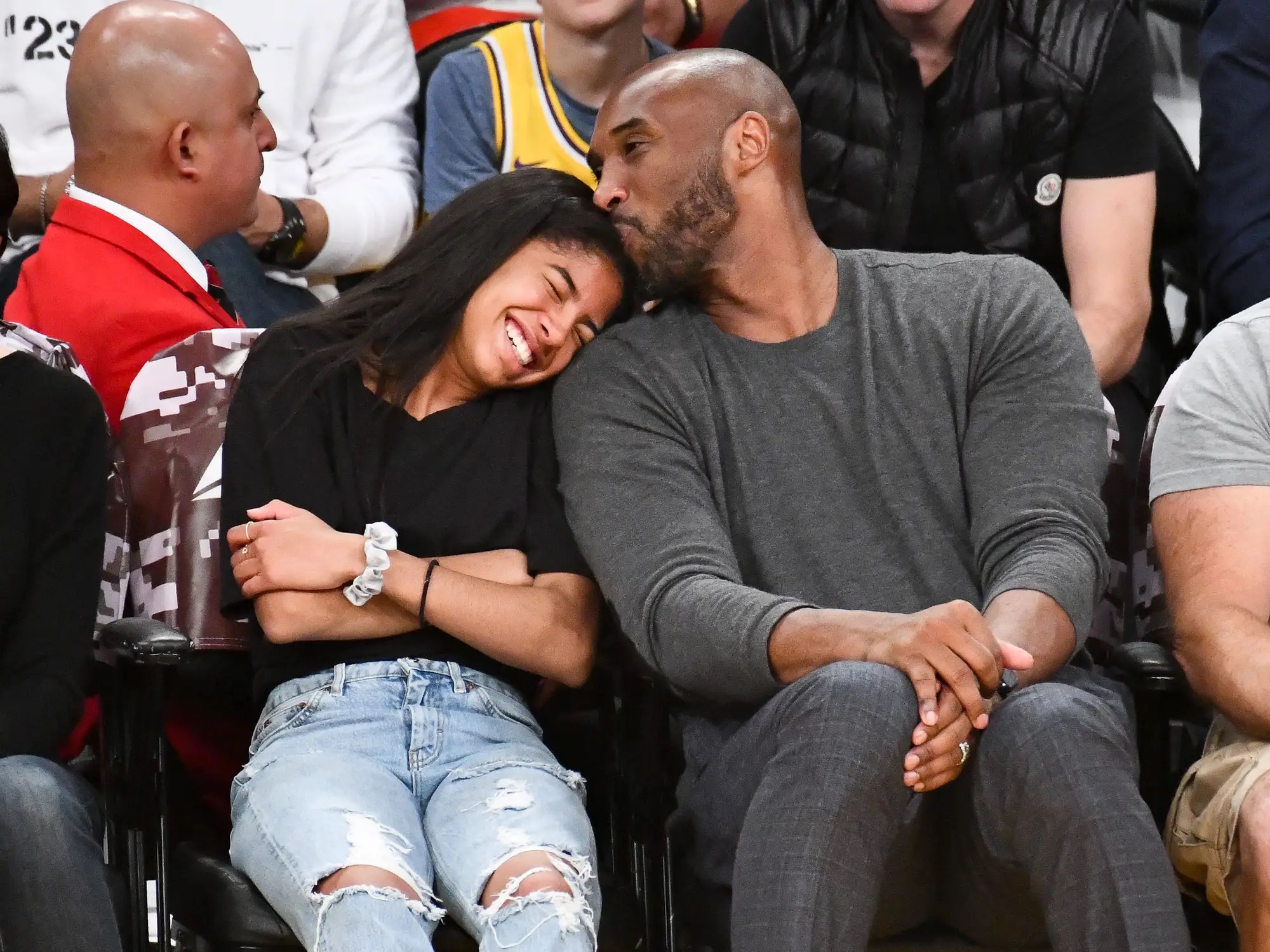 Kobe Bryant and his daughter, Gianna Bryant, attend a basketball game between the Los Angeles Lakers and the Atlanta Hawks at Staples Center on Nov. 17, 2019. Photo courtesy of Getty Images.

It’s been exactly two years since the passing of Kobe Bryant, his daughter Gianna [Gigi], and seven others. A day that many remember and would consider it to be a “where were you when it happened” kind of tragedy. A day where the world went into complete shock.

I vividly remember when TMZ broke the news, I thought it was a twisted lie and that there was no way this could have happened. LeBron James passed him for third-all time scoring the night before and Kobe congratulated him on Twitter.

I called my Dad right away and when he picked up the phone, he knew exactly why I was calling. We both were confused, shocked, and were just waiting for some kind of answer to if this was really happening.

When it was confirmed, my heart sank and I thought to myself, why do bad things happen to good people?

Being from Orange County, California, which happened to be where Kobe lived, this hit very close to home. Not only am I a Lakers fan, but Kobe had an immense impact on my community — whether it be supporting the arts, the local schools or aspiring athletes.

Back home, I pass by multiple murals of Kobe and Gigi on my way to work and see many across the globe on social media. This just goes to show the impact Kobe had on not just my community, but the world.

Kobe was more than a basketball legend. He was the MVP of girl dads.

When ESPN sports anchor Elle Duncan asked Kobe about having another girl prior to the birth of his daughter Capri in 2019, he confidently answered with, “I would have five more girls if I could. I’m a girl dad.”

The phenomenon of the “#GirlDad” started after the passing of Kobe and Gigi as heart-wrenching photos of them spending time together filled the internet. People all around the world were using the “#GirlDad” to showcase their own relationships and to pay tribute to Kobe and Gigi.

This tragedy is not about Kobe, the five-time NBA Champion, and his daughter, the future of women’s basketball. It is about the unbreakable bond between a father and a daughter who were taken from us too soon.

People always ask me, “why does this affect you so much, it’s not like you knew him?” While that might be true, what people do not know is that Kobe and Gigi’s relationship is very similar to my Dad and I’s.

My Dad taught me all I know about sports, and seeing photos and videos of Kobe and Gigi going through plays together is something that my Dad and I do.

Kobe and Gigi’s unbreakable bond relates so much to the bond I have with my dad, which is why their passing is still so hard to wrap my mind around.

Since passing, Kobe is still being honored and recognized. He was most recently inducted into the 2020 Naismith Memorial Basketball Hall of Fame where his friend and former opponent, Michael Jordan, presented him. Kobe’s wife, Vanessa Bryant, accepted the award on his behalf.

“Kobe had many accomplishments, five-time NBA champion, five-time New York Times bestselling author, 18-time All-Star, League MVP and two-time Finals MVP, two-time Olympic gold medal winner,” Bryant said in her powerful speech. “He is also the first professional athlete to win an Oscar. The list goes on but his most cherished accomplishment was being the very best girl dad.”

Kobe’s legacy will forever be remembered for not only what he did on the court, but for what he did off of it.

If there is one thing to take away from this tragedy, it is to cherish every moment and to hug your loved ones a little tighter — life is too precious not to.