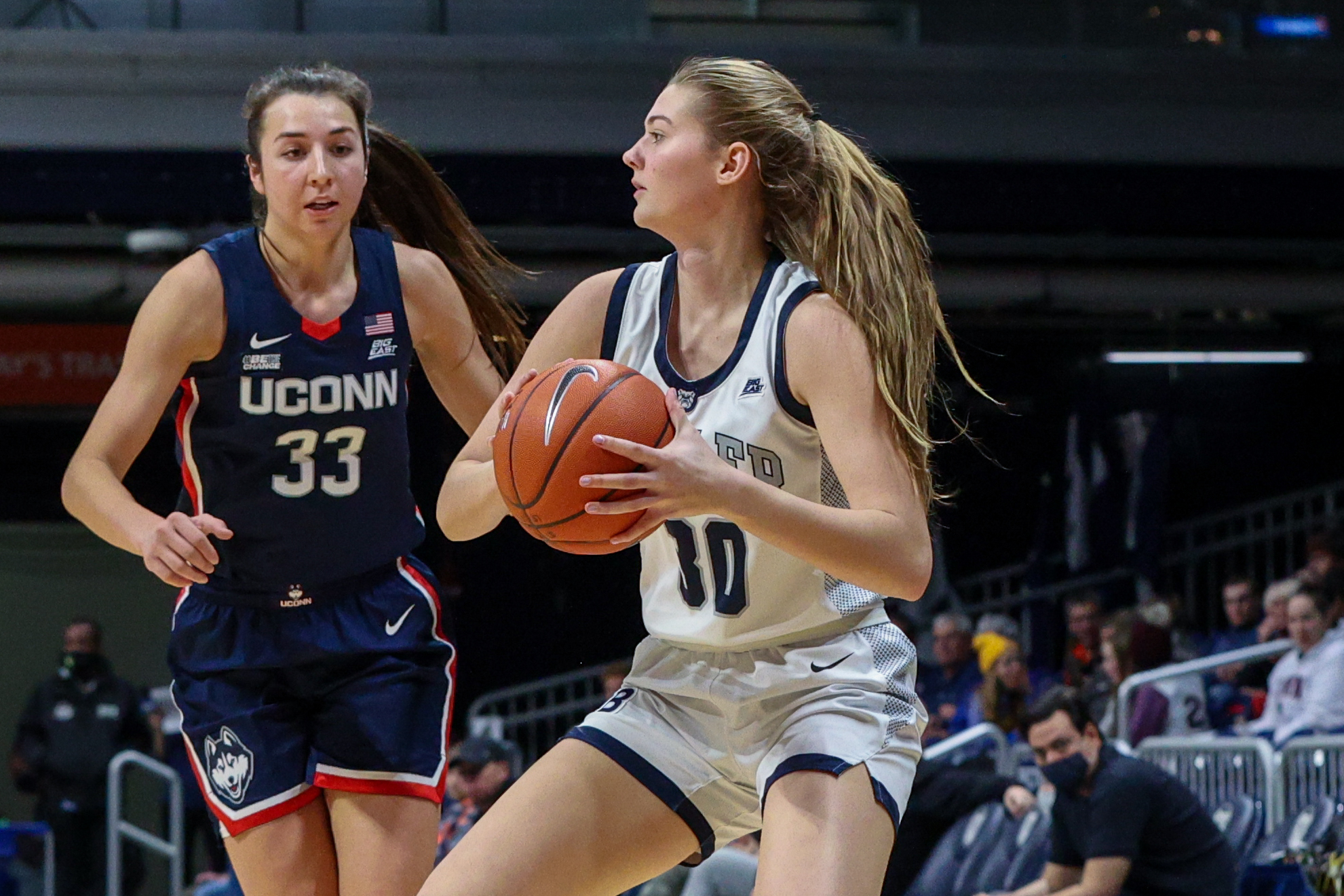 Sophomore Abby Stoddard looks to pass the ball during a matchup against UConn on Jan. 12 at Hinkle Fieldhouse. The Dawgs lead going into the second half against the Hoyas, but were ultimately outscored 26-43. Photo by Claire Runkel.

The Butler women’s basketball team fell to Georgetown 78-62 Sunday. Despite leading at the half, the Dawgs were unable to hold onto the lead, and Georgetown pulled away in the second half of the contest.

Celena Taborn led the way for Butler, scoring 21 points while shooting 9-13 from the field. Emilia Sexton and Tenley Dowell also reached double figures for the Dawgs, scoring 12 and 11 points, respectively. Sexton had a strong night from the 3-point line, making 4-6.

Mary Clougherty led Georgetown in scoring with 24 points on 9-16 shooting from the field. Brianna Scott and Milan Bolden-Morris also reached double figures for the Hoyas, scoring 15 and 14 points, respectively.

Butler got off to a hot start in this contest, leading 35-34 at halftime. Butler shot 13-31 from the field in the first half, but were given a boost from five made 3’s and a perfect 100% from the free throw line.

One of the biggest difference makers in this game was turnovers. Butler turned the ball over 19 times compared to Georgetown’s nine turnovers. Furthermore, Butler was outscored 20-8 on points off turnovers throughout the contest.

It was a promising first half for the Dawgs, but second half struggles led to Georgetown getting the upper hand.

Butler falls to 1-17 overall and 0-9 in Big East play with the loss. The Dawgs will next travel to UConn for a top 25 matchup this Friday at 7 p.m..