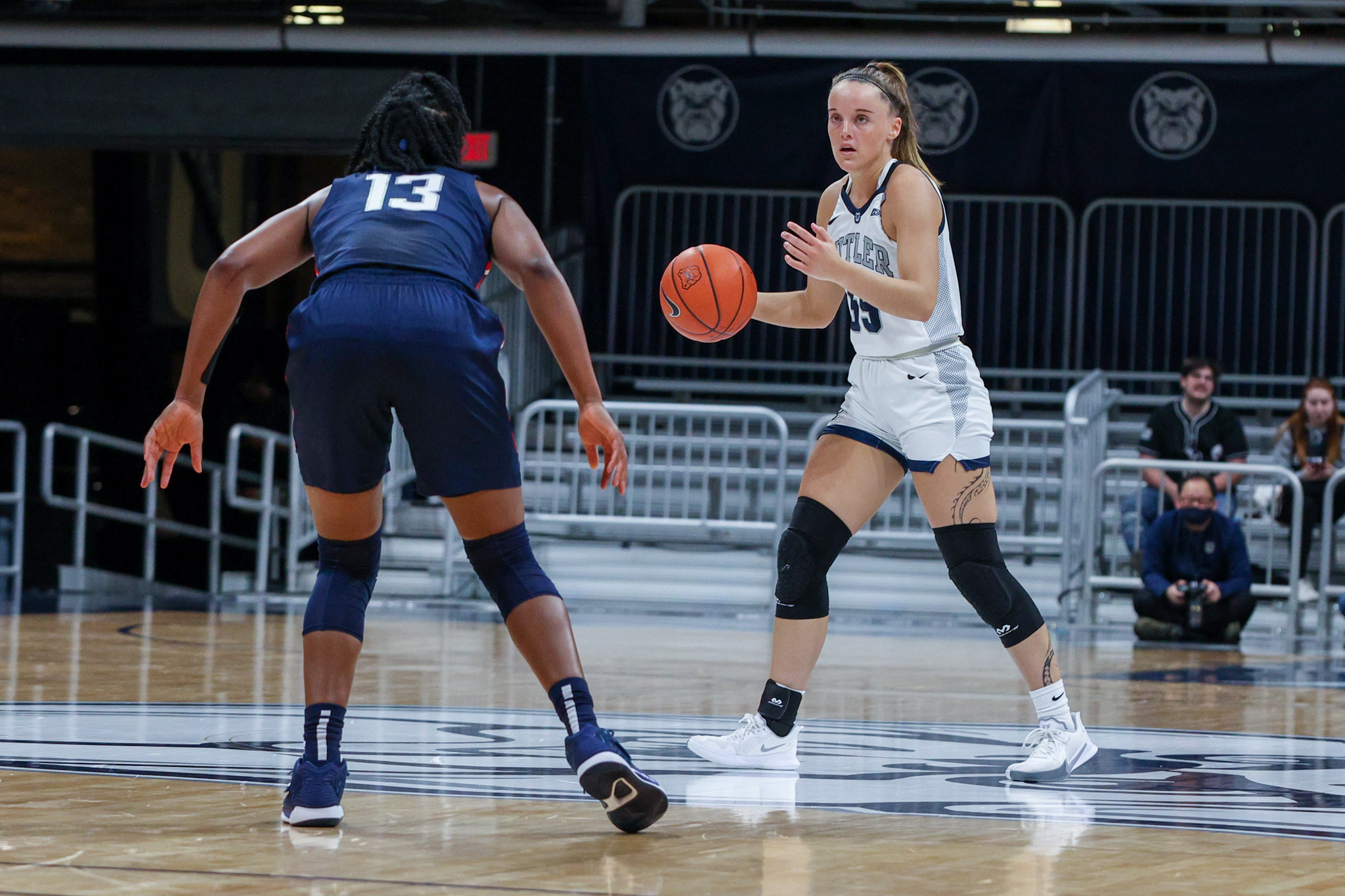 Butler’s Kendall Wingler (pictured above) is averaging 31.8 minutes per game for the Bulldogs. Photo taken by Claire Runkel.

Butler’s women’s basketball team is still looking for their first Big East win of the season after falling to the DePaul Blue Demons 103-69. The game ended in a very similar fashion to the teams first meeting earlier in the season, when DePaul won 101-64. Butler struggled in many of the same facets as well.

Butler jumped to a quick 5-0 start and played a competitive first quarter behind Celena Taborn who had six points and multiple offensive rebounds. The Bulldogs had the game within reach down nine with 25 seconds left in the first until they turned the ball over twice which created a five point swing in favor of the Blue Demons.

The second quarter showcased DePaul’s speedy pace of play and Butler struggled to keep up. On any make or miss from Butler, the Blue Demons were out in transition and were getting an open shot within the matter of seconds.

DePaul’s talented freshman forward Aneesah Morrow had an impressive game, filling the stat sheet in all the categories. Morrow had 33 points, 15 rebounds, four blocks, five steals, and shot 75% from the field.

Out of halftime it was evident that DePaul wasn’t satisfied with their 15 point lead. The Blue Demons played with a lot more energy than they had in the first half and ended up outsourcing the Bulldogs by 20 in the third quarter, effectively putting the game out of reach.

Although the game ended in another loss for Butler, there were some positive signs offensively. The Bulldogs had a better shooting night from three, shooting 33% which is better than their season average of 27%. Unfortunately, while Butler shot better from deep they struggled inside, where they are usually much better. Butler’s overall field goal percentage was only 38% which is down from their season average of 40%.

Ultimately, the root to Butler’s problems are turnovers. Averaging 21 turnovers a game isn’t a recipe for success. For a very young Bulldogs team turnovers aren’t a surprise and hopefully with experience those numbers will go down.

If Butler can continue to shoot better from three and finish strong inside like they have most the season all while limiting their turnovers, they’ll have a great chance to compete for their first Big East win of the season.

You can catch the team back in action in Hinkle on Sunday when they face off against another good Big East opponent in Marquette.