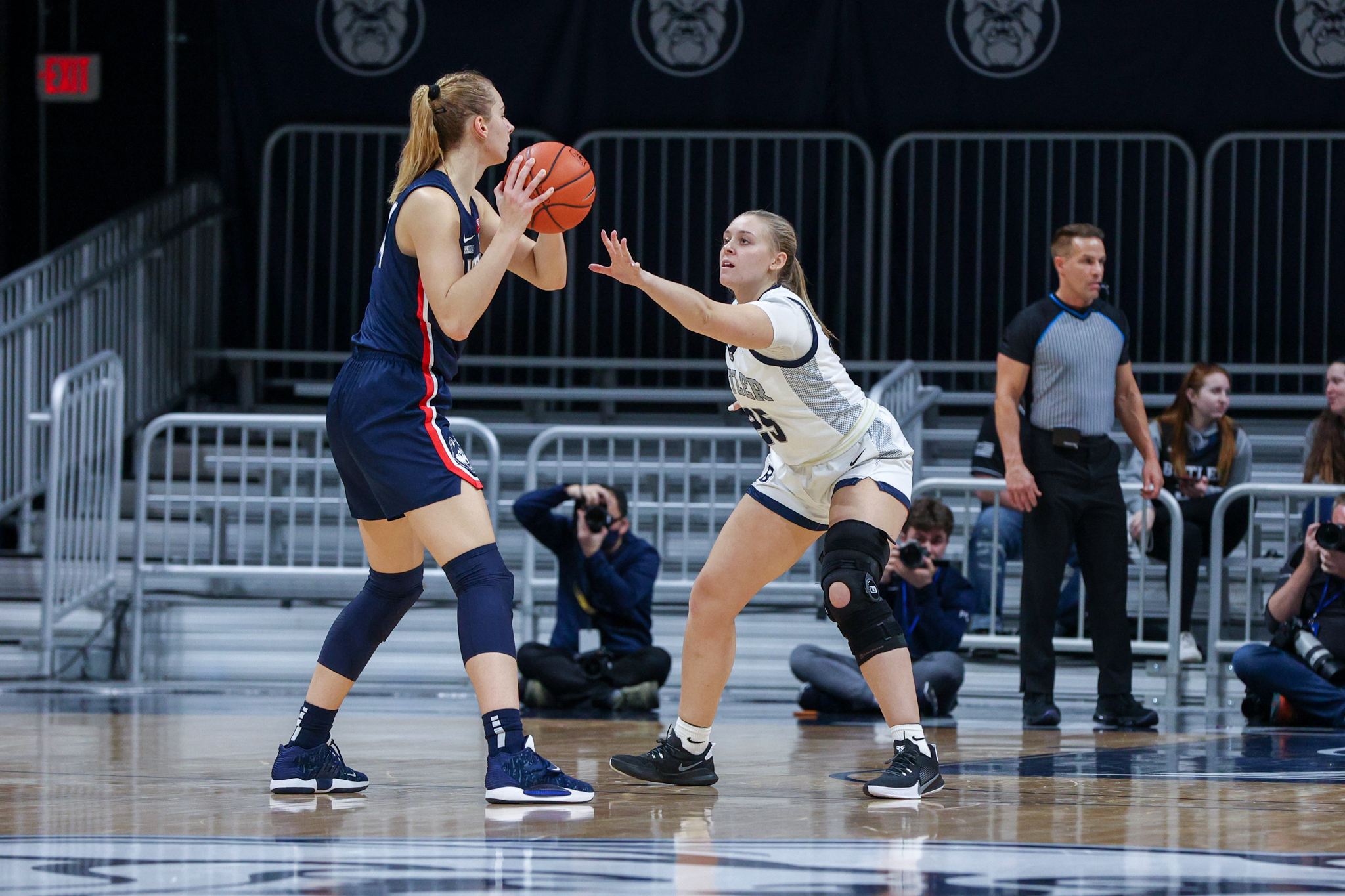 Senior forward Ellen Ross guards against a UConn ball handler in matchup on Jan 12. at Hinkle Fieldhouse. The Bulldogs are currently winless in Big East play. Photo by Claire Runkel.

The Butler women’s basketball team had a difficult night Wednesday in Hinkle, falling to Creighton 95-44. It was a tale of two teams throughout, with Creighton controlling almost every aspect of the game.

Butler’s offense was anemic throughout the entire course of the game, and the team only shot 34% from the field, along with 15% from three.

On the flip side, Creighton was extremely hot on offense, shooting 55% from the field, as well as 42% from beyond the arc.

Another stat that led to Creighton’s domination was rebounding. Creighton outrebounded Butler 45-19, along with 14 offensive boards versus Butler’s three. Creighton was able to score 16 second-chance points off of rebounding compared to Butler’s two points.

Creighton also held a massive advantage in assist totals, having 30 total assists throughout the game, while Butler only managed six assists during the contest.

One thing that did somewhat improve for Butler was turnovers. The Dawgs came into this game averaging over 20 turnovers, but despite that, they only had 14 turnovers versus a stellar Creighton team.

The Blue Jays bench also stepped up in a big way for Creighton, and the team had a whopping 42 total bench points throughout the contest, compared to Butler’s 16 points.

It was an extremely rough night for the Dawgs with very few takeaways, but a bright spot for Butler is they’ll have another chance for a win Friday night at 7 p.m. in Hinkle when the team takes on DePaul.