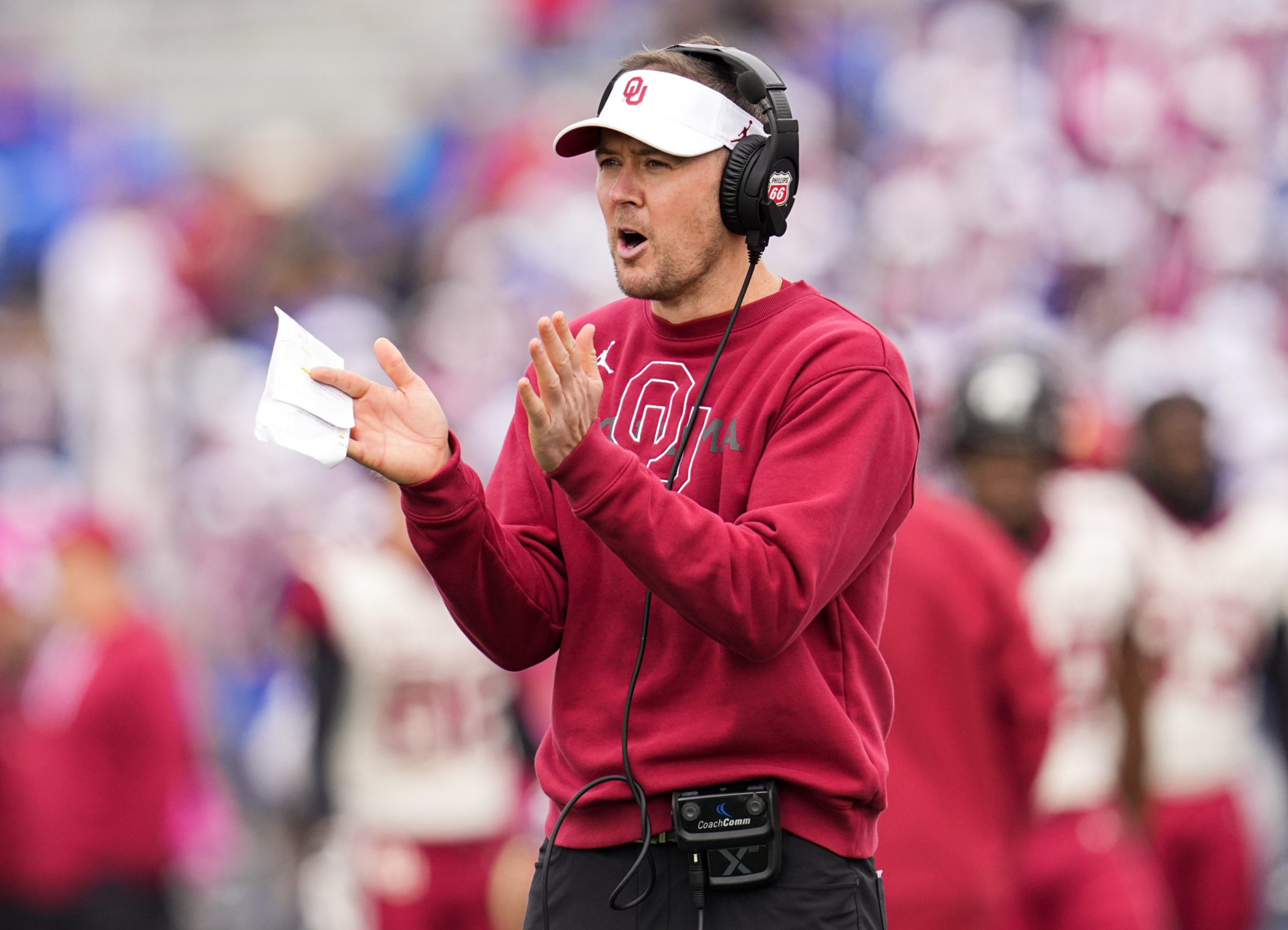 On Nov. 28, Lincoln Riley stunned the college football world and nearly gave every Oklahoma fan a heart attack when the news came out that he would be leaving the Sooners to become the next head football coach at USC.

Since then, chaos has ensued. It has been a long, action-packed week since Riley’s departure was announced — a span that also included Brian Kelly announcing he would leave Notre Dame for LSU.

Both Riley and Kelly have received vicious criticism for their decisions, particularly the timing of it. Kelly’s Fighting Irish were ranked fifth in the nation at the time his LSU hire was announced, putting them just one spot behind Cincinnati for the last spot in the College Football Playoffs.

If either Michigan or Cincinnati lost in their respective conference championship games, the Irish could have easily made the playoffs with a chance at a national title, but almost all hope went out the door with Kelly leaving town.

Riley in particular received criticism from his own former players at Oklahoma. In his opening press conference with USC, Riley claimed that the Trojans would become “the Mecca of college football” under his guidance.

Thomas commented on a post from USC football’s Instagram page regarding Riley’s speech by saying “told us that last week.”

Bonitto commented under the same post with a simple “LOL.”

Despite heavy criticism, however, it was difficult for the 38-year-old Riley to turn down the $110 million contract he was reportedly given from USC. The deal also supposedly includes unlimited access to a private jet for him and his family, as well as the Trojans purchasing a $6 million house for him in Los Angeles.

If true, the $110 million Riley will bring in nearly triple the $39 million extension he signed just prior to the 2021 season that was supposed to keep him with Oklahoma until 2026. Prior to his new deal with USC, Riley was already the sixth highest paid head coach in college football with the Sooners.

Despite the hefty cost, the Trojans desperately needed someone like Riley at the helm. Since the departure of Pete Carroll, they have struggled to find a consistent head coach.

However, exactly how safe of a position the USC job will be for Riley is up to public opinion. Since Carroll, both Lane Kiffin and Ed Orgeron were thrust into the head coaching role and could not gain significant traction. Since leaving the program, however, Kiffin is now the head coach of Mississippi who just finished with a record of 10-2. Orgeron is only two years removed from a national championship with LSU.

Aside from Kiffin and Orgeron, USC has also seen Donte Williams, Clay Helton and Steve Sarkisian crash and burn. After a long 12 years since the Pete Carroll era, the Trojans may finally be back to being a college football powerhouse.

Despite the term ‘quarterback whisperer’ being misused often, if there ever was one it would be Lincoln Riley. In just four years, the players he has produced out of Norman are highlighted by Heisman winners Kyler Murray and Baker Mayfield, but also includes Jalen Hurts, Spencer Rattler and Caleb Williams.

The expertise and production Riley brings to USC at the quarterback position will certainly help a school that has seen inconsistency from their signal caller since Sam Darnold was drafted by the Jets in 2018.

Following Riley to USC will be former Oklahoma commits and five-star prospects Malachi Nelson, Raleek Brown and Makai Lemon. Nelson is the third ranked prospect in the 2022 class and the top quarterback in the country — and potentially Riley’s next success story.

Brown is a highly-touted running back, coined as “the next Reggie Bush.” Lemon’s position is labeled as an athlete, as he played running back, wide receiver, kick returner and defensive back in high school.

After a disappointing season, Riley’s USC hire leaves Oklahoma in as perhaps the worst spot they have been in recent years. Not only will they enter the 2022 season with a new head coach but also a new starting quarterback, as both Caleb Williams and Spencer Rattler will enter the transfer portal this offseason.

Since the hiring of Riley at USC, Oklahoma has hired former Clemson defensive coordinator Brent Venables to be their next head coach.

Regardless of any claims of immorality surrounding the premature hire of Lincoln Riley at USC and Brian Kelly at LSU, the Trojans are now primed to become players in the Pac-12 again as they seek their first College Football Playoff berth in school history.

College football proves once again to be unpredictable as its entire outlook has been shaken up by the movement of major coaches around the Power Five conferences.