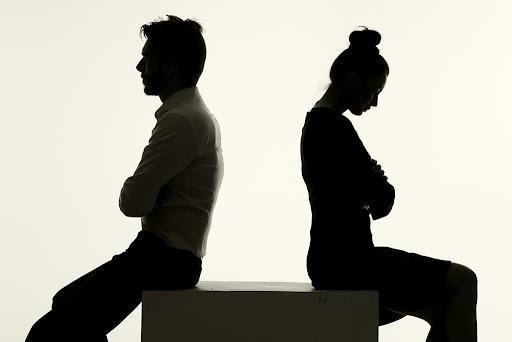 Depiction of a couple in an argument, courtesy of Healthy Magazine

All too often we enter arguments with the intention of winning, but we forget to acknowledge that “winning” an argument means there is little room left for understanding. When we argue with the intention of comprehending someone else’s perspective, it shifts the tone of the conversation and ends in fewer hurt feelings and more mutual understanding.

Chloe Makdad, a senior mathematics, statistics and computer science triple major, is an awarded debater on Butler’s speech team. Makdad said that when you argue to win, your primary focus isn’t on listening, it’s focused on what it takes to have the stronger argument.

“So I think that arguing to win, it’s more of an adversarial sort of discussion,” Makdad said. “You’re not really trying to flesh out both sides of the argument and really understand what your ‘opposition’ is saying.”

While arguing to win is adversative, arguing to understand is more comprehensive. Yes, it requires more patience and time than arguing to win does, but it proves to be more worthwhile. When conversations are intended to be productive, the outcomes tend to be more useful in the long-term.

Janis Crawford, a professor at Butler and a faculty leadership member of the university’s speech team, offered insight on what arguing to understand may look like. She said that listening is the key to understanding.

“[Arguing to understand] is more thoughtful,” Crawford said. “You’re going to, again, listen more with an open mind — you can still disagree with that person — but you need to listen to them. I think there’s less thinking in arguing to win sometimes, because you’re just so focused on winning that you’re not able to think about what the other person is even saying.”

Listening to your “opposition” is crucial in aiming to understand them. It benefits both parties involved as well, because when the listening is reciprocated it allows for both sides to feel heard and seen. When someone doesn’t feel heard or seen in their emotions, they are less willing to seek to understand yours.

Caroline Jackson, a first-year elementary education major, said arguing to win usually creates a lot of anger within the discussion, whereas arguing to understand is ultimately more productive.

“I think that when you argue to win, you don’t really get anywhere with it,” Jackson said. “It feels like an anger within you and the person you’re arguing with, and while it might, in the moment, relieve you of this pent up anger … it’s gonna affect your relationship with someone. I think when you argue to understand you get farther … you’re learning and you’re also having an intelligent conversation with someone which is important and beneficial. And you are able to see clearer what they’re trying to say.”

Not only is arguing to understand more productive, it also creates healthier communication habits. For example, practicing the method of listening and understanding in familial relationships helps to foster those habits in outside relationships. When those habits are practiced intentionally, it creates a safe environment for people to communicate honestly, leading to real understanding and results.

So often when people argue to win, they spew misinformation in hopes of creating a stronger point. Crawford refers to the point of making “hasty generalizations” — a statement that is based on insufficient evidence or information.

Makdad said even when you are arguing to win, like in her debates, it is important to acknowledge the points that the opposition presents that are strong and correct while also holding them accountable for the fallacies they introduce.

“I think when you have a stronger argument, it’s okay to acknowledge what the opposition does right,” Makdad said. “And a lot of times in a lot of debates — because you don’t get to pick the side that you’re on — the opposition has a lot of really good points and says a lot of things that are probably correct, but that doesn’t necessarily mean that you have to discount that.”

Applying these tactics is easier said than done. It can be difficult to stand by and listen to someone with an opposing viewpoint, especially on a subject matter that you feel strongly about, but doing so could help your relationships in the long term.

Entering those conversations, without rushing into them, may help in setting the right intentions. If you start arguing in the heat of the moment, very little understanding will be sought. Alternatively, if you circle back to the issue after some time has passed, both parties have time to understand the situation and their feelings regarding it, which allows space for them to do the same for you.

I urge you to be more intentional with the conversations you are having. Listening and seeking to understand are not exclusive to argumentative environments, but rather in every conversation you have.

Jackson describes exactly why it is imperative to argue to understand.

There are so many factors that influence why people act the way they act or do the things they do. There is no true right or wrong to subjective matters. This is where arguing to understand is so important. In order to truly know someone’s perspective and reasons, you must listen to and acknowledge what they are saying. You should realize that even if you disagree with them, that does not mean they are wrong.