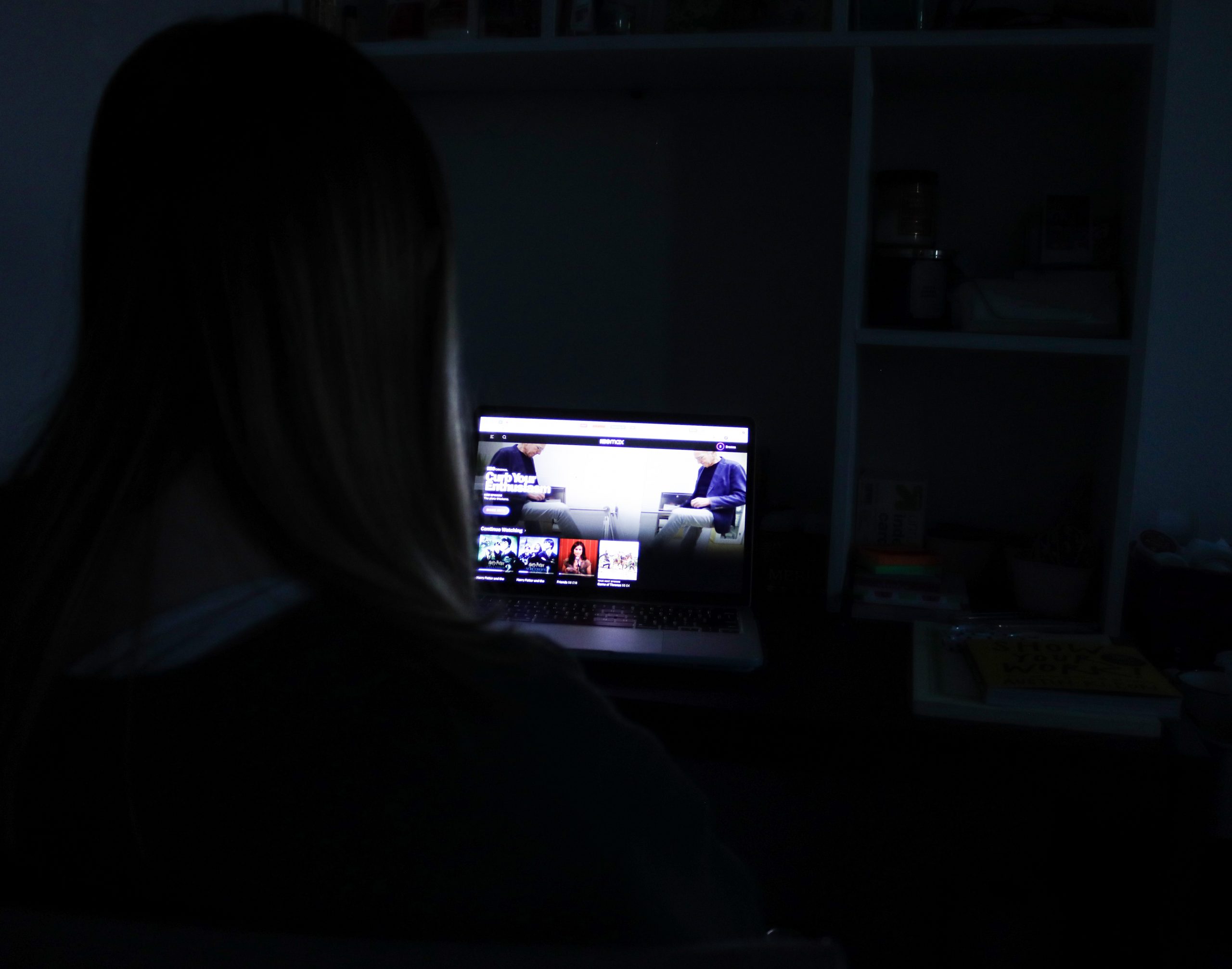 With streaming services becoming tremendously popular in the last several years, that leaves the question of whether people will continue to go see movies in the theater. Photo by Grace Denckhoff.

College students today have grown accustomed to having mountains of content to watch from the comfort of their dorm rooms. The volume of binge-worthy entertainment can be overwhelming as audiences scroll aimlessly through all of the different platforms. With all of that content, how can Butler students even begin to navigate it, and where does that leave the idea of going to the theaters with friends?

Streaming services have become so integrated into our lives that it might seem that they have always been around. However, there was a time before Netflix and Hulu, Disney+ and HBO Max. Even more, while Netflix started streaming in 2007, steaming was not always as dominant in the cultural space. In fact, time spent streaming has grown exponentially in the last few years.

Netflix alone has released a new movie every week this year. Disney+ has a backlog of content that reaches as far back as 1940. HBO Max has been releasing new movies on their platform day-to-date with theaters.

Dr. Gary Edgerton, professor of creative media and entertainment, shared his thoughts on the streaming culture we find ourselves in today, as well as the trend he sees in theatergoing.

“Within the industry, there are ‘windows’ where a piece of content, such as a movie, can be seen,” Edgerton said. “A movie theater is the first window, and then it goes to streaming, and so on. The windows have gotten fogged, and it’s not clear now. When people want to watch a story, they will watch it on the best available screen, but in a dorm room, the best available screen might be your phone.”

Edgeton continued by expanding his expectations on audiences’ trips to theaters in the coming years.

“People will still go to theaters, but the popularity is waning because audiences want the convenience to be able to watch what they want,” Edgerton said. “[Theatergoing] will become more of a special event. For Marvel movies or a Bond movie, people will still go out of the house, but people have bigger screens and can simulate the aesthetics for other movies in their homes now.”

This trend has already begun, as the recently successful movies in theaters have been the Marvel features, such as “Shang-Chi and the Legend of the Ten Rings” and “Venom: Let There Be Carnage,” as well as the latest Bond film, “No Time to Die.” Unestablished properties have had a more difficult time at the box office. “Last Night in Soho,” Edgar Wright’s latest film, fell short of projections at the box office.

With movies that are more dialogue-driven, audiences are more willing to wait for streaming. This is in part because there is always a new show or movie to turn on – often recommended to viewers five seconds after they’ve finished the last one. With movies being streamed from a television, a computer, a tablet or a phone, one can stream almost anywhere. However, with this ease of access comes an increase in distraction. Seamus Quinn, a first-year journalism major, gave his opinion on this kind of distraction and the way he consumes content on campus.

“I spend a lot of my time streaming something or other, whether it’s on in the background while I’m doing homework or if I’ve got nothing else to do,” Quinn said. “You could be typing away and get a little distracted, and two hours later, you finished watching a movie because you crave that simulant. I would stream sometimes before the pandemic, but after it hit, I turned to it because there was nothing else to do. Now streaming has its grip on all of us.”

While streaming can be a distraction, it can also be intimidating for some as they try to push through the large amounts of media that sit at our fingertips. Quinn also shared his thoughts on the overwhelming amounts of content that exist and how he navigates that.

“I just look to see if there is something interesting,” Quinn said. “I look at critics’ reviews and audience reviews, and if there’s a big discrepancy, I think, ‘There might be something to check out.’ Sometimes you find something so bad that you have such a fun time making fun of it. It’s great to throw on with friends.”

Kelsey Youngcourt, a first-year health sciences major, also weighed in on the way she’s been streaming on campus.

“I consider myself an avid movie and TV watcher,” Youngcourt said. “I watch it to kill time, but also for enjoyment. It’s really fun to watch with friends, but also sometimes we watch things separately and talk about it. I also have comfort content that I put on because I know I like it since I’ve already seen it.”

With so much out there, it’s understandable to stick with what you know. “The Office” and “Friends” are some of the most rewatched shows, not for a lack of fresh entertainment, but because people know what to expect. The new releases can leave fans feeling lost in the jumble, but they always have a few reliable favorites to turn to. So whether audiences find the next big binge hit or sit back and decompress with their favorite movie, see the newest movie in theaters or wait to watch it from their couch, there are options for everyone.