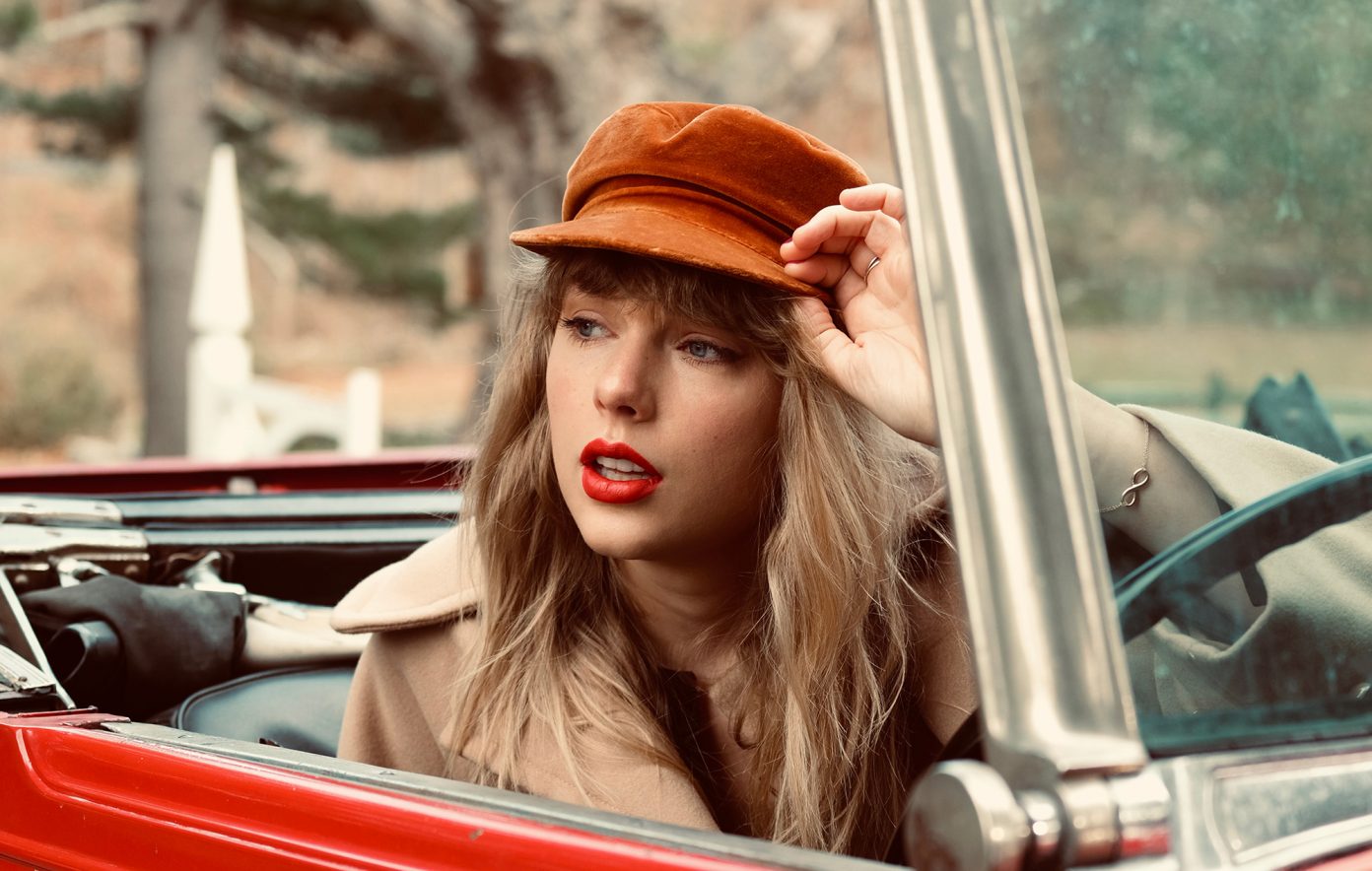 Are you “Red”-dy for this re-recording? Photo courtesy of NME.

The album is a total of 30 songs, equaling over two hours of music. “Red (Taylor’s Version)” includes the 20 songs found on the original album. First-year exploratory natural sciences major Elizabeth Hein said the original album is a standout amongst Swift’s discography.

“It’s one of my favorite albums she’s done lyrically and musically,” said Hein. “It’s just like, it’s just a masterpiece. It’s a very nostalgic album. I’m very excited to get to the same songs I grew up with, but just in a new, different way.”

The original album was conceived as Swift’s transitional record, with her musical pendulum swinging both towards country and pop. The album opener and fan-favorite “State of Grace” is exemplary of this genre mashup. First-year criminology major Frances Storgion said this track is her favorite.

“My favorite song is probably ‘State of Grace,’” Stogion said. “I love the [original Taylor’s Version] one, but the acoustic [Taylor’s] version is just so pretty. I love her voice on it, and it sounds even better in the re-recording.”

In order to make her re-recordings more worthwhile, Swift included 10 “vault” songs at the end of the album. The Vault tracks are previously-unreleased songs, including a cover of the Swift-penned “Better Man.” Collabs on the vault songs include indie-rock singer-songwriter Phoebe Bridgers, country star Chris Stapleton and British pop-star Ed Sheeran, who has collaborated with Swift twice prior.

However, one Vault stands tall amongst the others. “All Too Well (10 Minute Version)” is an extended version of fan-favorite “All Too Well.” The original recording is regarded as Swift’s best song by Rolling Stones and fans alike. The song was released with a short film.

From the pop standards of “22” and “We Are Never Ever Getting Back Together” to the deep cuts “Treacherous” or “Sad Beautiful Tragic,” old fans and newer audiences are sure to share a deeply emotional and exciting first listen of “Red (Taylor’s Version).”

The album release was different from what was expected of a re-recorded album. Luke Allen, a junior sports media major, found the release exciting.

“There’s so much [going on],” said Allen. “Her appearance on Seth Meyer’s, Saturday Night Live and Jimmy Fallon. There’s the ‘All Too Well’ video and the 10-minute version. With the 30 songs to listen there’s just so much.”

With various celebrity meals across different restaurants, Swift has released her own fast food item. In a collaboration with Starbucks, Swift released her favorite drink as a special menu item called “Taylor’s Latte.” The drink is a caramel latte with non-fat milk.

The re-recordings come as Swift faces a legal battle over her masters. Swift’s first six studio albums do not belong to her, but belong to her former record label, Big Machine Records. Masters and copyrights often do belong to their respective artist. Most major contracts do not include artists the rights to own their own masters. This included Swift and the contract she signed at 16 years old.

Big Machine Records was acquired by Scooter Braun, an entertainment manager in mid-2019. Braun is said to have paid $300 million for Swift’s masters and continues to make profits off them. Swift issued a statement soon after saying she did not want her masters to be owned by him, as she alluded to Braun bullying her and pulling strings to harm her privately. Storgion believes Swift to be setting a new standard by pushing against expectations for her.

“It’s really important because she’s kind of setting like a standard for the music industry,” Storgion said. “She should own her songs, and she’s finally being able to own [them]. I think it’s especially empowering that she’s a woman doing this.”

However, her masters are still owned by Braun. To work around this, Swift re-recorded her albums under her own label to have complete control over her words, music and art. Hein believes this is her taking her control back.

“It’s important because this is her work that she’s put her blood, sweat and tears into,” said Hein. “It’s important for her to own that because it’s her work. It’s what she has spent her life doing. She needs to be able to put her claim on it.”

Swift began re-recording her first six albums over the course of the last year. The current state of her process is currently unknown. Known for her subtle teasing and easter eggs, Swift is currently remaining quiet on what album will come next.

Fans are clamoring for ideas on which re-recorded album will be released next. Allen looked to the “All Too Well” video for ideas.

Storgion thirds the motion but thinks its release will be different.

“I think she might drop a single from ‘Speak Now,’ but I think the full album coming out next is going to be ‘1989’,” said Storgion.

No matter what album comes next, it will surely be an exciting release. If Swift has taught us anything, it is to expect the unexpected.

“Red (Taylor’s Version)” is now available on all major streaming platforms and in stores.