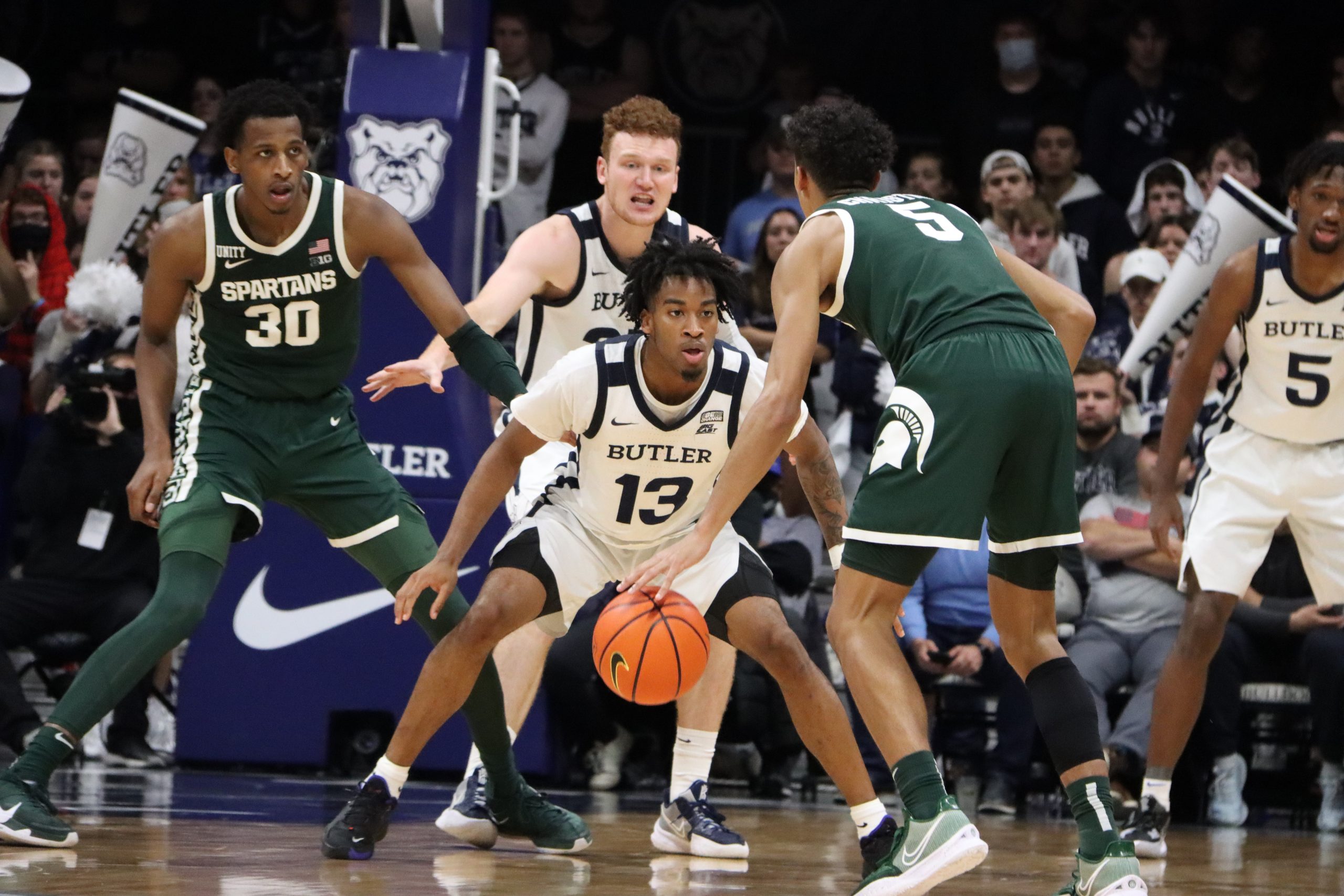 The Bulldogs return to Hinkle tonight in a matchup against the Saginaw Valley State Cardinals who come into the game with the record of 4-2. The Dawgs come off the Maui invitational where they went 1-2, capping off the tournament with a blowout win against Chaminade 84-51. The team will try to make it two-straight wins tonight before they head to Norman to take on the Oklahoma Sooners in the Big East-Big 12 Battle.

Who: Butler vs. Saginaw Valley State

Protect the rock, Protect your house

If you watched the first two games in the Maui invitational you might have thought that you were watching a track meet at some points. Butler committed 20 turnovers that led to 27 Houston Cougars points. Things didn’t get any better in the second game against Texas A&M, as the Dawgs turned the ball over 19 times in this game — at one point turned it over six straight times towards the end of the first half. The worst part is that Butler only lost by seven, so who knows what could have happened if they did not commit so many mistakes.

Heading into the game against Saginaw Valley State, the Bulldogs will come in averaging an abysmal 16 turnovers per game, which is always bad news for any college basketball team. The good news is that the Bulldogs still have time to clean that up before conference play begins.

Fifth-year Jair Bolden really impressed at the Maui invitational. Against Houston, with the team struggling to produce any points, Bolden scored the first 11 points for the Bulldogs hitting three threes. He finished with 16 points that game, then he finished with 10 against the Aggies and 12 against Chaminade.

Bolden has been one of the best shooters from behind the arc with 46.4%, giving the Bulldogs a deep ball threat. Bolden also is leading the team in points per game with 12.3 — all while coming off the bench! Look for Bolden to continue to have the hot hand and be the spark the Dawgs need to get their offense going.

Have to stop Delano Smith

Smith is a guard for the Cardinals and has been very good for Saginaw Valley State so far this season. Smith will come in averaging 17.5 points per game, while shooting 52.8% and 39.1% behind the arc.

Saginaw Valley State has participated in six games so far this season and Smith has scored 20 points or more in three of those contests. His average would be potentially higher, but he left the prior game before halftime with only two points scored and did not return. Butler will need to lock up the leading scorer tonight to assure a victory.

Gotta get inside and play in the paint

With Bryce Nze exiting the game against Michigan State, the Dawgs lost its most prominent force in the paint. Butler was already undersized compared to other teams that they played and it has really shown in the stats for Butler.

Butler needs to establish dominance in the paint and try to get higher, more quality looks from inside instead of trying to take threes from the stands. Once conference play starts and Butler is faced off with Villanova or UConn, Butler will need to have a more well-rounded offense to keep the top teams on their toes.