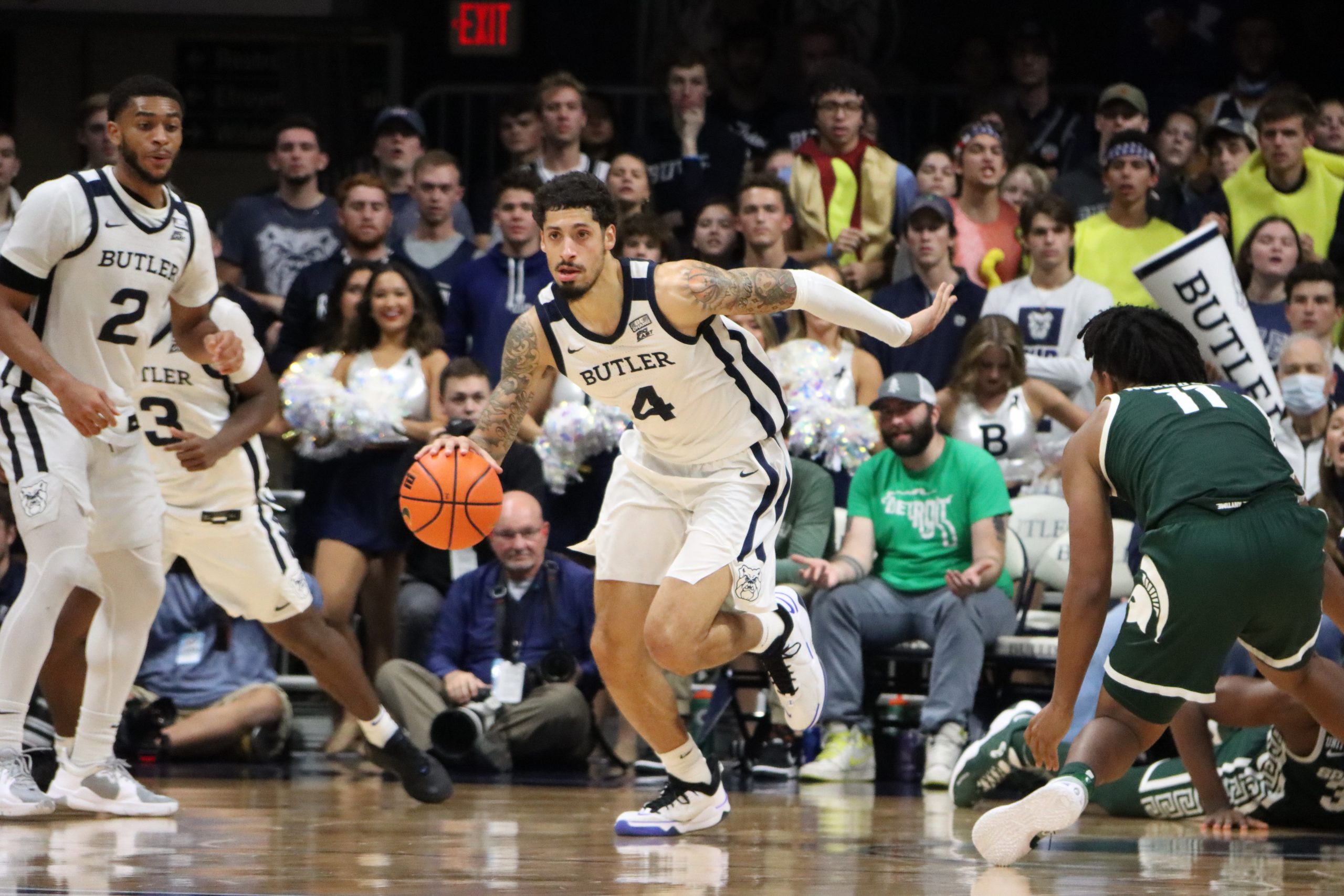 After their first loss of the season to Michigan State, the Butler men’s basketball team’s chance to bounce back will be against a tough opponent in the University of Houston Cougars.

The game is a part of the Maui Jim Maui Invitational, an annual tournament that takes place during the week of Thanksgiving. While the tournament is usually held in Lahaina, Hawaii, this year’s contests will be held in Las Vegas, Nevada — due to COVID-19 restrictions in Hawaii. Games will be played at the Michelob ULTRA Arena in the Mandalay Bay Resort and Casino.

The Cougars — who went to the Final Four last season — are currently ranked 15th in the nation and are 3-0 this season. While the loss to the Spartans was disappointing, it has definitely highlighted areas of the Bulldogs’ game that can be strengthened. Butler will have to fix those issues and play their best game of the season thus far — potentially without forward Bryce Nze — in order to defeat the Cougars.

Who: Butler vs. Houston

Being prepared to play without Nze

In the game against Michigan State on Nov. 14, graduate student Bryce Nze suffered what was later discovered to be a partially torn labrum. No determination has been made as to whether Nze will play Monday against Houston.

If Nze is unable to play, there’s a good chance that graduate transfer Ty Groce will start in his place. Groce was the only bright spot in the loss to Michigan State, leading the team with 15 points and eight rebounds.

Groce’s athleticism and length will be needed on the court against a Houston team that is known for their physical play on defense. Last season, they ranked first in field goal percentage defense with 37% and second in points allowed with 59 ppg. Through their first three games of this season, their opponents are averaging 56 points per game and shooting an average of 35% from the field.

After their loss to the eventual champion Baylor Bears in the 2021 Final Four, Houston lost three of their starters in Quentin Grimes, Justin Gorham and DeJon Jarreau. Grimes — the 2021 Co-AAC Player of the Year and Tournament MVP — was the Cougars leading scorer with 17.7 points per game.

With his absence, junior Marcus Sasser has assumed the role of Houston’s primary scorer. Sasser has had an efficient start to the season offensively. He is averaging 23.3 points per game, shooting 47% from the field and 48% from three. The battle he will have against Aaron Thompson will definitely be a fun one to watch and could very well be a deciding factor for a Bulldogs’ win or loss.

Gorham, who proved to be an excellent rebounder in his final season at Houston, left an open spot for redshirt sophomore J’Wan Roberts to fill. Coming off the bench, Roberts is averaging 10 rebounds a game so far this season. Butler’s forwards should feel good about matching up with Houston in terms of length, but they will need to be extra aggressive on the glass to limit Houston’s second chance opportunities.

Where will Butler’s offense come from?

Regardless of his struggles on offense against Michigan State, the answer to this question is still Chuck Harris. The leading scorer for the Bulldogs is averaging 15 points per game and shooting 39% from the field. Harris had arguably his worst game against the Spartans, shooting an uncharacteristically low 25% from the field.

Guard Aaron Thompson did not look like his usual self in his first game of the regular season, committing four turnovers against the Spartans. Some of that can be attributed to a little rust from missing the first three games of this season. Though it won’t be easy against a very good Houston defense, Thompson repeating having another game where he has more turnovers than assists is unlikely.

Again, presuming that Nze is out for this matchup, forward Ty Groce will need to step up again for the Bulldogs. Guard Jair Bolden is also a player that could provide a spark for the Bulldogs’ offense. Bolden has been lights out this season, shooting 52% from the field and 50% from three.