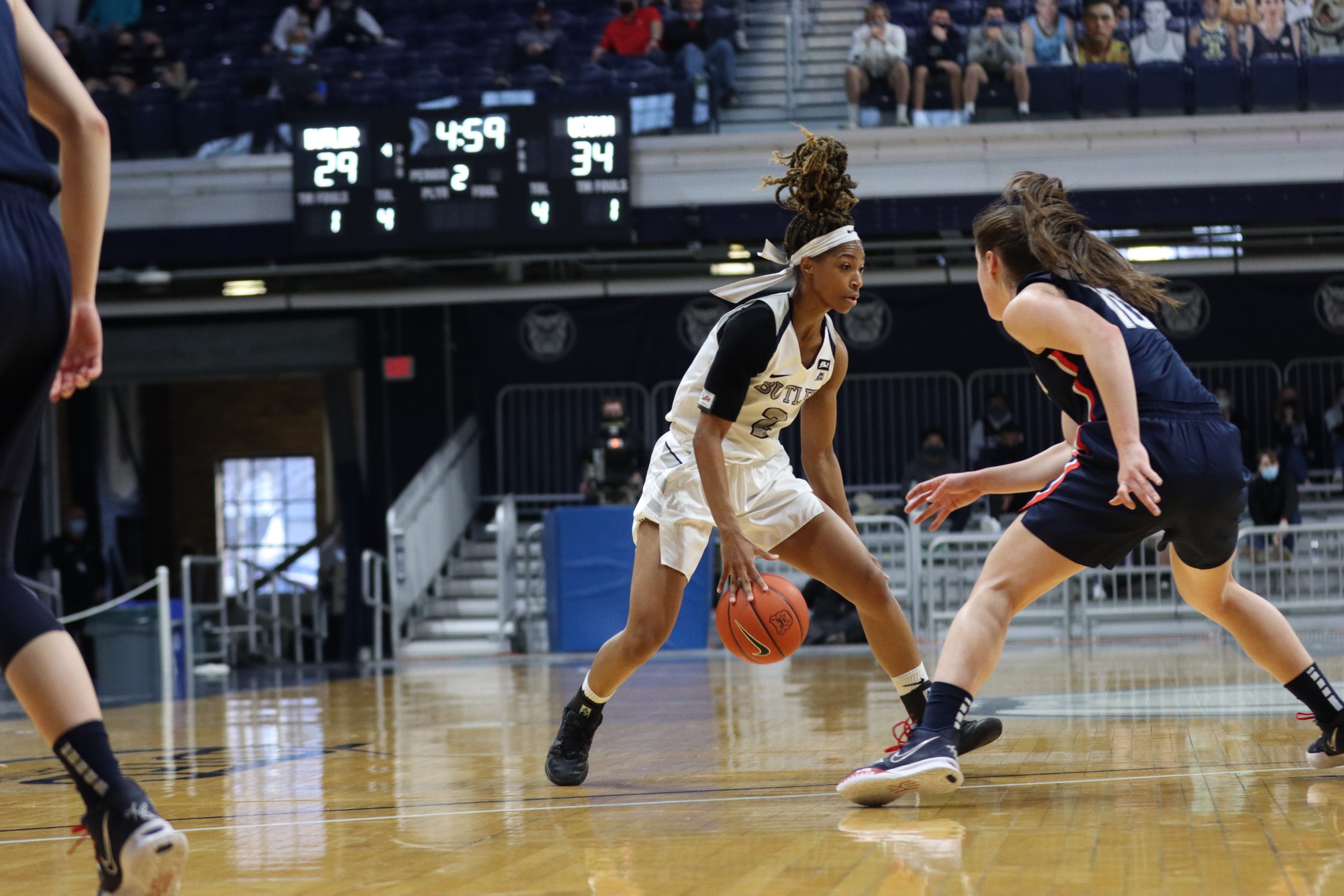 Women’s basketball opened the season Wednesday night in Hinkle with a very challenging matchup versus No. 8 Indiana. Butler fell to Indiana by a score of 86-63, but despite the loss, there are many reasons to be optimistic about the team.

Facing the No. 8 ranked team regardless of who is the home team is always a challenging task. This is especially true for a team like Indiana, who is coming off an NCAA tournament appearance and has loads of experience.

Butler had eight players making their debuts and was still able to hang around all game, making Indiana work for the victory. Butler’s two highest scorers were both making their collegiate debut. Guard Alex Richard had a fantastic game for Butler, scoring 20 points while shooting 10-13 from the field. Guard Zoe Jackson added 18 points, shooting 7-10 from the field.

What made Richard and Jackson’s debuts so impressive was the fact that it came against one of Butler’s toughest opponents of the season. Butler will need more performances like this from both of these players down the road, and it seems like these talented freshmen will be up for the challenge.

Outside of Richard and Jackson, however, the team struggled to score. The other seven Bulldogs who saw the court shot a combined 8 for 27 from the field. Butler still shot 25-50 from the field as a team and 9-11 from the free throw line. The team will need to continue to collectively improve on scoring ahead of Big East play, as it could be a major difference-maker in several games.

Despite the 23-point loss, the game was much closer than the score indicated. Indiana only led Butler 17-13 at the end of the first, and at one point, Butler led 18-17 in the second quarter. Indiana led 43-32 at halftime before gradually pulling away in the third and fourth quarters.

Indiana also had a stellar night overall shooting the ball, shooting 35-67 overall, knocking down 8 three-pointers, and shooting a perfect 8-8 from the free throw line, helping them to victory.

Butler simply needs to improve on overall rebounding and offensive efficiency with fewer turnovers. If the Dawgs can do that, expect them to be a threat come conference play.

Butler’s next game is on Saturday, Nov. 13 versus Western Illinois at Hinkle Fieldhouse.