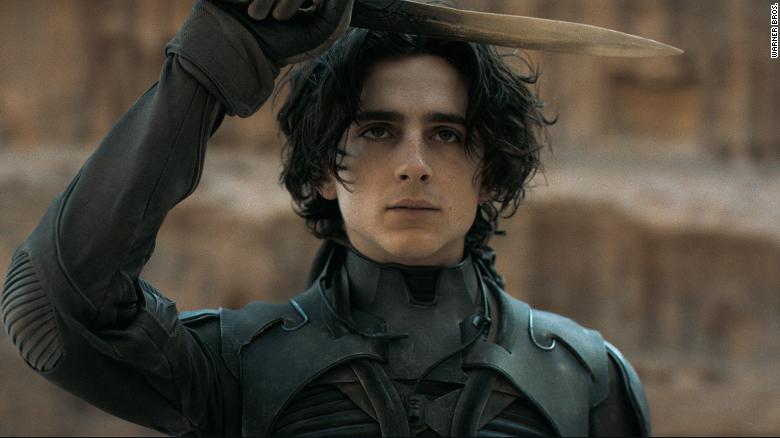 After pushing the release date several times, the newest adaptation of Frank Herbert’s 1965 science fiction novel “Dune” released simultaneously on HBO Max and in theaters last Thursday.  The novel has been adapted for a variety of media including film, television and graphic novels since its publication, with the latest iteration bringing in just under $5.1 million on Thursday preview screenings.

The star studded cast of Timothée Chalamet, Zendaya and Jason Momoa, along with the following of Herbert’s “Dune” series and famous director Denis Villeneuve made this film promising for Warner Bros. and Legendary.

“Dune” has made over $130 million in revenue overseas. Understanding the history of the book along with its adaptations clarifies Warner Bros. hesitancy to lock in on a sequel too early.

According to an article by the Guardian, “Dune” “is perhaps the greatest novel in the science-fiction canon and Star Wars wouldn’t have existed without it. After it was published, the novel began to gain a following.

This following led to the discussion of adaptations in film, one of which failed to be made at all, while the other failed to meet expectations.

Yesterday, Warner Bros. and Legendary announced a “Dune” sequel which is expected to be released in October of 2023. With the troubled history of Dune adaptations, Warner Bros. hesitancy to confirm the second film before getting back box office numbers makes sense.

Creative Media and Entertainment professor Dr. Gary Edgerton said that while Warner Bros. may have held off on announcing “Dune” part two, it was most likely always a part of the plan.

“Dune” takes place in the year 10,191 where the universe is ruled by the great houses. The film closely follows the Atreides house and Paul Atreides, played by Timothée Chalamet, as his family takes over Arrakis, the desert planet, from the Harkonnens.

The movie and novel deal with themes and ideas that are still important today, from colonization to religion, offering insight on our society. The continued lessons from “Dune” are a part of why Villeneuve chose to take on the project. In an interview with Vanity Fair, Villeneuve shared Dune’s importance today.

“It was a distant portrait of the reality of the oil and the capitalism and the exploitation — the overexploitation — of Earth,” Villeneuve said in the interview. “Today, things are just worse. It’s a coming-of-age story, but also a call for action for the youth.”

“Dune” finally has an adaptation the book is worthy of. While no adaptation will be able to replicate Herbert’s 400 page novel, Villeneuve’s thoughtfulness and the vastness of scenes he creates place the viewer on an entirely new planet.

Senior biology major Natalie Simpson read Herbert’s novel before seeing the film and said doing so gave added insight into the character’s and plot that were not fully developed due to time constraints in the film.

Simpson had heard of the book from her father but initially chose to read it when she learned it was being adapted. Splitting the film into multiple parts was one way Villeneueve was able to maintain the feel and plot of the book, according to Simpson.

“I was expecting it to follow the books pretty closely, at least for the first half, which I think it did,” Simpson said.

Dune’s notable cast was another reason Simpson wanted to see the adaptation, but she warned that some characters may have less screen time than movie-goers who haven’t read the book would expect.

“I would also say if you’re going to see the film because of Zendaya don’t because she’s only in like four minutes of it,” Simpson said.

The big-name actors meet and exceed expectations with their sheer acting talent. While “Dune” is set in the future, Timothée Chalamet and Rebecca Ferguson’s acting give an authentic and realistic impression.

For Edgerton, Warner Media’s decision to adapt “Dune” is not at all surprising. According to Edgerton in the age of streaming Warner Media, must find ways to compete with other corporations, like Disney.

“[Warner Media] want[s] a franchise,” Edgerton said. “They will do all six books because they want a Marvel Cinematic Universe in their shot … so I think that is the broader kind of context.”

As with other Dennis Villeneuve films, the cinematography and scenes created in “Dune” are breathtaking. The film was shot on location in Abu Dhabi, United Arab Emirates and Wadi Rum, Jordan to recreate the desert landscape of Arrakis.

With the help of CGI, the sandworms and desert come to life, seamlessly recreating the landscape imagined by Herbert. While parts of the film may lag at times, this necessary groundwork will allow the second part to take off with the plot.

“The spectacle, I mean, just how it’s shot, the cinematography, the scope, it’s phenomenal,” Gould said. “I can’t rave about it enough. But there were some times where I was like, oh my God, what we’re only an hour into this, awe man.”

“Dune” (2021) is the long awaited adaptation that holds true to Herbert’s novel and audiences recommend as a must see in theaters.

“It really is a spectacle, I mean it is a marvel,” Gould said. “I understand that it’s released on HBO Max but my perspective, go see it in the theater if you’re comfortable with that, go see it in IMAX, that’s how it was shot. That’s how it was intended, and it really shows. It’s a movie that’s larger than life.”