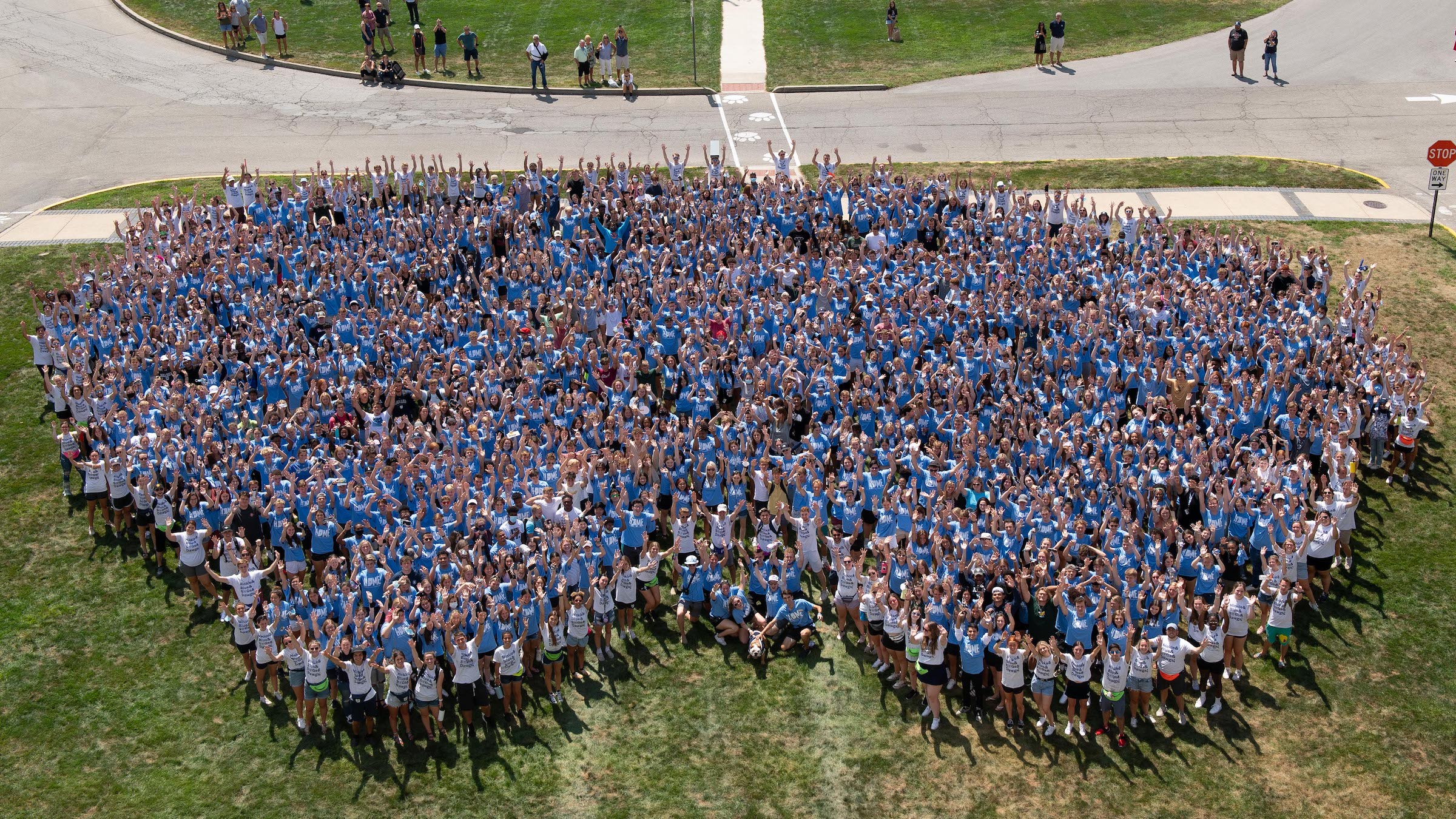 When beginning a new phase of life, the first month is always crucial in gauging how one feels about the change. It could be argued that the transition between high school senior and college freshman is a journey that proves to be difficult for most: a journey that 1,145 of our Butler’s students are on right now. With just over one month since move-in, first-year students are learning to adjust to their new life.

Some of Butler’s first-year students shared their experiences, what they have learned and how they have changed.

Sarah Fournier, an elementary education major, said she underestimated how difficult the transition to college would be, but said it gets easier as the days go on.

“During the first week, I think I was doing really well because it was Welcome Week … everybody wanted to meet everybody, and everyone was so friendly,” Fournier said. “Then I [felt like], I don’t want to say that it died down, but I think it kind of settled, like ‘Oh my gosh, we’re here. We’re living here, this isn’t a week vacation, and then you go back home.’”

Being away from home is harder for some than it is for others. In Fournier’s case, she said that some weeks are more difficult for her when it comes to missing home and that it helps her to look forward to going home and really taking advantage of that time with her family.

“I think I’m reaching that point of being here [for] six weeks, and just that kick of missing home has kind of started hitting me,” Fournier said. “This past week has been harder, but I’ve definitely been FaceTiming my family a lot which I think has helped, and [I’m] looking forward to when I do get to go home next.”

A new feeling of independence and accountability has been something that a lot of Butler’s first-years are still trying to navigate during the first month away from home. Will Fardig, a computer science major, spoke on his experience with this newfound independence.

“I never learned study habits in high school,” Fardig said. “And even though I’m probably not good at it yet, I’m still doing better about it here, because I can just sit down [and say] ‘okay I’m doing homework,’ versus like ‘okay I’m gonna do this for 24 hours and like my mom can’t stop me,’ you know?”

When asked about the expectations they had for Butler, what they were surprised about and what they were disappointed in, these first-year students had similar responses. Preston Fox, a jazz studies major, said that he did not have many expectations.

“Well, my expectation was I wouldn’t really know what to expect,” Fox said. “So in that way I fulfilled and didn’t fulfill my expectations, which was the goal.”

Some were taken back by the size of campus and how easily accessible everything is, but Fardig did not realize just how confined campus is.

“Campus is a lot smaller than I envisioned even though I’ve literally been here before,” Fardig said. “It’s just about realizing that every building is like, right there.”

Fournier was disappointed with the university’s lack of food options.

“I think there’s little things here and there that have just taken my high expectations and brought them down a little,” Fournier said. “One of them is the food. I didn’t take the time to look around my surroundings and be like — ‘okay, Butler’s in the middle of a residential neighborhood with no food areas surrounding it. [I don’t have] my car, I really need to eat on campus.’”

Getting out of comfort zones and meeting new people are two concepts that go hand-in- hand and are important and relevant to the life of a first-year student. There is always someone new to meet, but what is the best way to go about doing so? For Fardig, meeting people through his friends has been the most efficient way to create new friendships. For Preston Fox, the best way he has found to make new friends is one that surprises him.

“Actually, just like being retroactive, because usually I’m the initiator, which means I’m proactive, but ironically, I’ve made more friends [by] just sitting back and letting them come to me,” Fox said. “Isn’t that weird?”

Fournier shared that, in her experience, just simply being open to the idea of making new connections and establishing new relationships helps when meeting new people, and she has made a lot of new connections by leaving her dorm door open for people to stop in and say hi.

“Literally just go up to them,” Yurchiak said. “Sometimes in the elevator — like just when you’re with someone that you obviously don’t know — just ask them how their day was. Ask them anything. The common question as a freshman is to ask what their major is, what they plan to do, where they’re from and things like that and just small talk. It doesn’t have to be your whole life story, but just create small talk and that way you know them. You know their name.”

While meeting new people can be intimidating, it is important to realize that everyone is nervous and eager to get out of their comfort zones and make those new connections and that the feeling of nervousness is felt universally.

Fournier wished she did not let herself become so nervous during the first week.

“I think if there’s one thing I could change…for me, [it would be to] not have been so scared [during] the first week, because like I said, I feel like after that first, Welcome Week, I kind of sunk down into like, ‘oh my gosh, I feel like everyone already has these friend groups, like what am I doing wrong?’” Fournier said. “I wish I wouldn’t have been so hard on myself with that, and I’m definitely starting to realize that there’s way more people in the same boat, and that everybody is kind of thinking the same thing. And even if people are walking together and seem like they have it put together, honestly, deep down, I think they are still having their own struggles too.”

This is just the beginning of all the lessons yet to be learned, places yet to be seen and friends yet to be made. Freshman year can provide challenges, but it can also bring around the best memories, people and lessons.