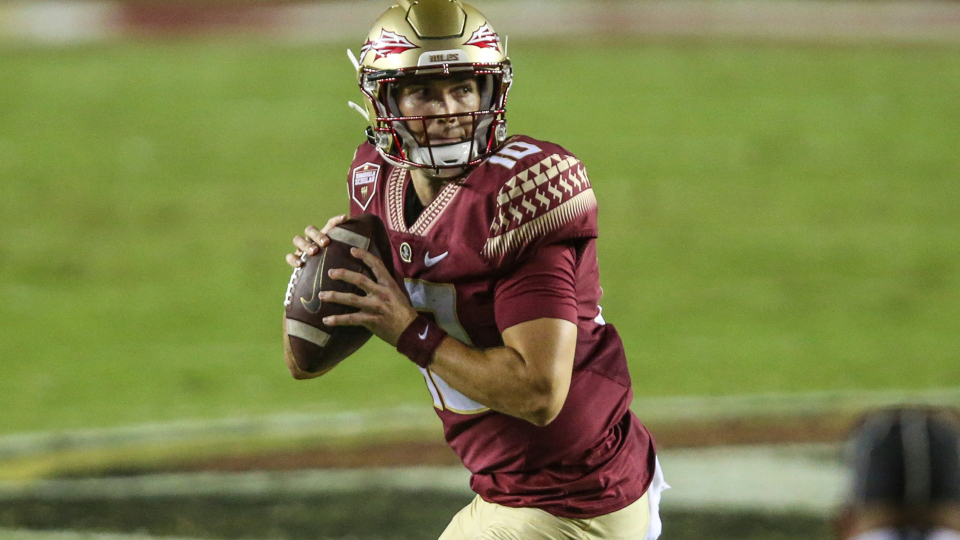 On Sept. 5, with time running out in the third quarter, Florida State starting quarterback Jordan Travis had to be helped off the field due to injury. Despite being down by more than two scores, Florida State decided to bring onto the field their walking miracle — quarterback McKenzie Milton.

Over two years ago, Milton was the starter for the University of Central Florida and his incredible 34 passing touchdowns were the driving force behind the ninth-ranked team in the country. Milton had racked up a remarkable 92 all-purpose touchdowns heading into their in-state rivalry game against the University of South Florida.

The game started the way it was expected. UCF was dominating on the defensive side of the ball, but the offensive line was struggling to give Milton time for proper reads. He was just 5 of 10 with 86 yards before when he was hit from two different directions.

What occurred was the play that ended his season, and what many believed to be the end of his career. Multiple ligament tears, coupled with nerve damage and a completely dislocated right knee — Milton’s college football career should have ended against South Florida in 2018.

The odds were stacked against him. Milton endured months of rehab. The loss of not one, but two seasons, transferring and fighting for another starting job were huge obstacles for him to overcome — but him walking alone should have been enough to show his true grit.

That determination paid off Sunday night, as he walked onto the Bobby Bowden Field at Doak Campbell Stadium to the roar of the Seminole supporters in the stands.

The tension in the stadium was palpable as the Noles needed nothing short of a miracle to force overtime against a Notre Dame defense that had limited them to just two scores in the first three quarters. Enter Milton, who on the first play completed a 22-yard pass, something many thought they would never see again.

However, on the very next play Milton was sacked, and the air left the stadium for a brief second. Would Milton get up? Who was the third string if he was hurt? Would Milton be okay? All of the nerves were flushed out of the stadium almost instantly as Milton simply popped back up and got ready to execute the next play.

Miraculously over the next quarter, Milton would go 5 of 7 for 48 yards, setting his team up for successive touchdowns and forcing overtime. Despite his efforts, the Noles fell in heartbreaking fashion to the ninth-ranked Fighting Irish.

Regardless, Milton’s fourth quarter leadership is ultimately what gave the Noles a chance in overtime and despite the loss — Milton proved he can still be as effective as he was at UCF.

Although Jordan Travis was listed as probable for the week two game against Jacksonville State, Milton started the game against JSU and went 18 for 31 with 188 yards and a touchdown.

Despite his one interception, Milton looked fairly composed but the running game that had finished off scoring possessions against Notre Dame was nonexistent against JSU.

While Milton’s stats were not ideal he is not to blame for the lack of ground production by Noles’ running core. Moreover, a lackluster defense provided JSU all the opportunity they needed to pull off the upset.

Milton did, however, become the record holder for days between starts of any player in college football history. It had been 1,023 days since Milton last started for his team. A record that will hopefully never be broken but stands as a testament to Milton’s resilience.

Whether or not Milton will continue to take reps as the season progresses is largely dependent on Travis’ situation, but I believe Milton has more than proven his ability to lead through the qualities that brought him back to college football.

Milton has shown on and off the field what it takes to be a true fighter both physically and mentally. While his stats are not what they were while at UCF, Milton’s composure and pass accuracy demonstrates his ability to reignite the flame that fueled the undefeated 2017 Golden Knights.

While the Noles are currently struggling to put complete games together, Milton’s nothing to lose mentality could provide FSU the underdog mojo they need as they face three in-conference, AP Poll ranked top-25 opponents in their remaining 10 games.

Whether or not the college football world will ever get to see the 2017 version of Milton is a mystery, but what can be said for sure is that no matter who is starting for the Noles this season — Milton will be number one in their hearts.

An incredible story of determination, grit and willpower Milton solidified himself as one of the awe-inspiring stories in the world of college football and has truly defied the odds, Milton is by definition — a walking miracle.