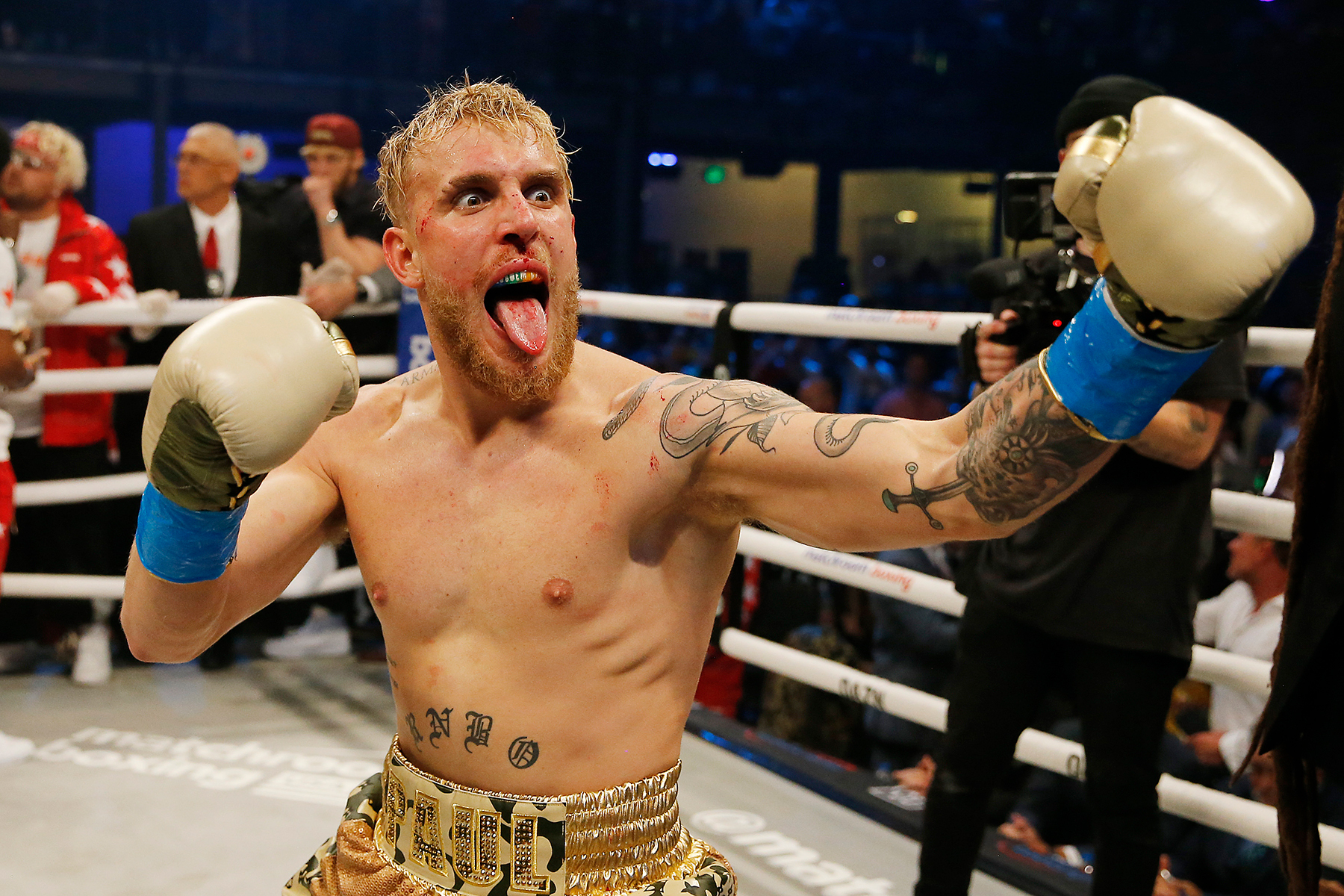 After securing a split decision win over Tyron Woodley on Aug. 29 in his hometown of Cleveland, Ohio, internet sensation Jake Paul improved his professional boxing record to 4-0. The eight round bout was Paul’s second consecutive fight headlining a pay-per-view card, with his first headliner being a victory over another former MMA fighter, Ben Askren.

Paul, a former Disney Channel actor and Vine star, has since grown his popularity and fanbase by developing content on other forms of social media such as YouTube, Instagram and TikTok. He has since — of course — transitioned to focusing on boxing almost exclusively and has subsequently increased the popularity of celebrity boxing.

Due to his questionable personality and lifestyle, Paul is a very controversial character to say the least. While he has many fans and supporters, he has an equal or larger number of people who severely dislike many parts of his persona. Whether it be jealousy, annoyance or hatred — it is easy to tell there are many people who do not approve of Paul.

“Let’s be honest — the guy sucks,” Hall said in a press conference prior to his fight with Chris Weidman on April 24 at UFC 261.

“But he’s a genius,” Hall said. “You got people who love him and people who hate him and you have to watch him. But at the same time it’s humiliating to what I call real athletes who actually put in the time. I’m over here literally dying in practice and he just comes out and puts on a show.”

Like Hall, many professional boxers who have always been combat athletes would do anything to trade places with Paul and live a safe life. To many of them, Paul’s boxing events are a mockery to the sport and a disrespect to their hard-earned careers and lives.

Mora went even further than Hall, comparing Paul to the legendary businessman and show promoter PT Barnum during his segment on the DAZN Boxing show called “JABS with Mannix and Mora.”

“PT Barnum, the greatest promoter out there, he said that he never lost a buck underestimating the American public,” Mora said. “And that’s what we saw — these guys packed the house in Ohio.”

While harsh, Mora’s statements and comparisons are true to Paul’s fighting business.

Barnum saw an opportunity to make a splash in the show business market and took a unique approach. He used unorthodox methods to create awkward and head-scratching performances that were unconventional, but nonetheless made people want to watch, and in turn, proved to be very successful. Like Paul, he faced heavy criticism for being a risky showman — but still was one of the best of his generation.

The fact is, no matter what Paul does his supporters will always be there for him. His fame was already through the roof and his fanbase was unlike any other.

Even though it was his brother Logan who really started the popularity of celebrity boxing with his bouts against YouTuber KSI, it was Jake who has the undefeated record and knocked out former NBA player Nate Robinson in the co-main event of Mike Tyson’s return fight. It was also Jake who brutally knocked out the former decorated wrestler and MMA fighter Ben Askren in the main event of a pay-per-view card.

However, knowing that the Paul brothers and the many other celebrities who choose to box already have the fame and money — why do they choose to take part in the most physically challenging sport? Why take that risk? Paul himself even said that his adventures in boxing have already begun giving him brain damage.

“I’m putting my mental health on the line,” Paul said. “My brain is on the line. I’ve gotten brain scans and have early signs of CTE.”

This is the danger of boxing and concern that many people overlook. Boxing is the hardest sport and the only one where every participant always leaves the contest injured.

For example, there’s the story of the once promising career of the young Puerto Rican boxer Prichard Colón. In his last fight against Terrel Williams, the undefeated Colón was repeatedly hit illegally by Williams behind the head, causing him to suffer from brain bleeding. Colón has never fought again and to this day still is unable to walk or even talk.

All it would take is one hit for a celebrity like Paul to suffer the same fate, a daunting potential outcome of boxing that seems all too risky given the popularity and success he already has.

Regardless, Paul still continues to box despite claiming to be retired for one day. Since his success in the sport, other celebrities have followed in his footsteps including the rapper Blueface and 14 other internet personalities who took part in a celebrity boxing event titled “YouTubers vs TikTokers.”

Some people did not seem to care about the lack of boxing experience in the event, however, as the pay-per-view event received around 136,000 buys. Despite that number being lower than the target goal of 500,000 buys, it is still an unbelievable amount for an amateur boxing event.

For the simple reason that he almost single-handedly skyrocketed the popularity of celebrity boxing and boxing in general, Paul self-proclaimed the title as the “face of the fight game.” While this may seem far-fetched, Paul does have an argument to be the most popular boxer and some people in the boxing community such as Mike Tyson have gone as far as saying Paul’s act will save the sport.

It is not a secret that boxing in general has dropped significantly in terms of popularity in recent years.

In the sport’s prime, the best boxers in the world were household names. Now, even the top-tier boxers such as Saul “Canelo” Alvarez, Vasyl Lomachenko and Tyson Fury are barely considered athletic superstars. Paul — on the other hand — is recognized by almost everyone in the country at this point in time and since venturing into boxing, has now reached the general sports fan audience.

The only boxer with a follower count larger than Paul’s is the recently retired Floyd Mayweather Jr, who has 27.2 million followers and is argued by many to be the best boxer of all time.

Unbeknownst to many, celebrity boxing seems to be expanding exponentially each day as Paul’s record and fame simultaneously increases. Unfortunately — for whatever reason — fellow celebrities choose to care about the increase in Paul’s fame and fortune rather than his increase in brain damage, which should be a bigger concern.

In general, celebrity boxing brings more attention to a sport that has seen a significant decrease in popularity in recent years. However, it also changes the way people see the game, as seeing celebrities win fights on TV gives people a false perception that it is easy or not as dangerous as it actually is. With internet personalities like the Paul brothers turning the most dangerous sport into a show, the attention celebrity boxing receives is actually horrible for the sport.

Many athletes — and people in general — believe that rappers, internet personalities, actors and social media stars should stick to their guns and continue their already successful business and leave the ring for those who were raised in it. Boxing is, after all, not a game.