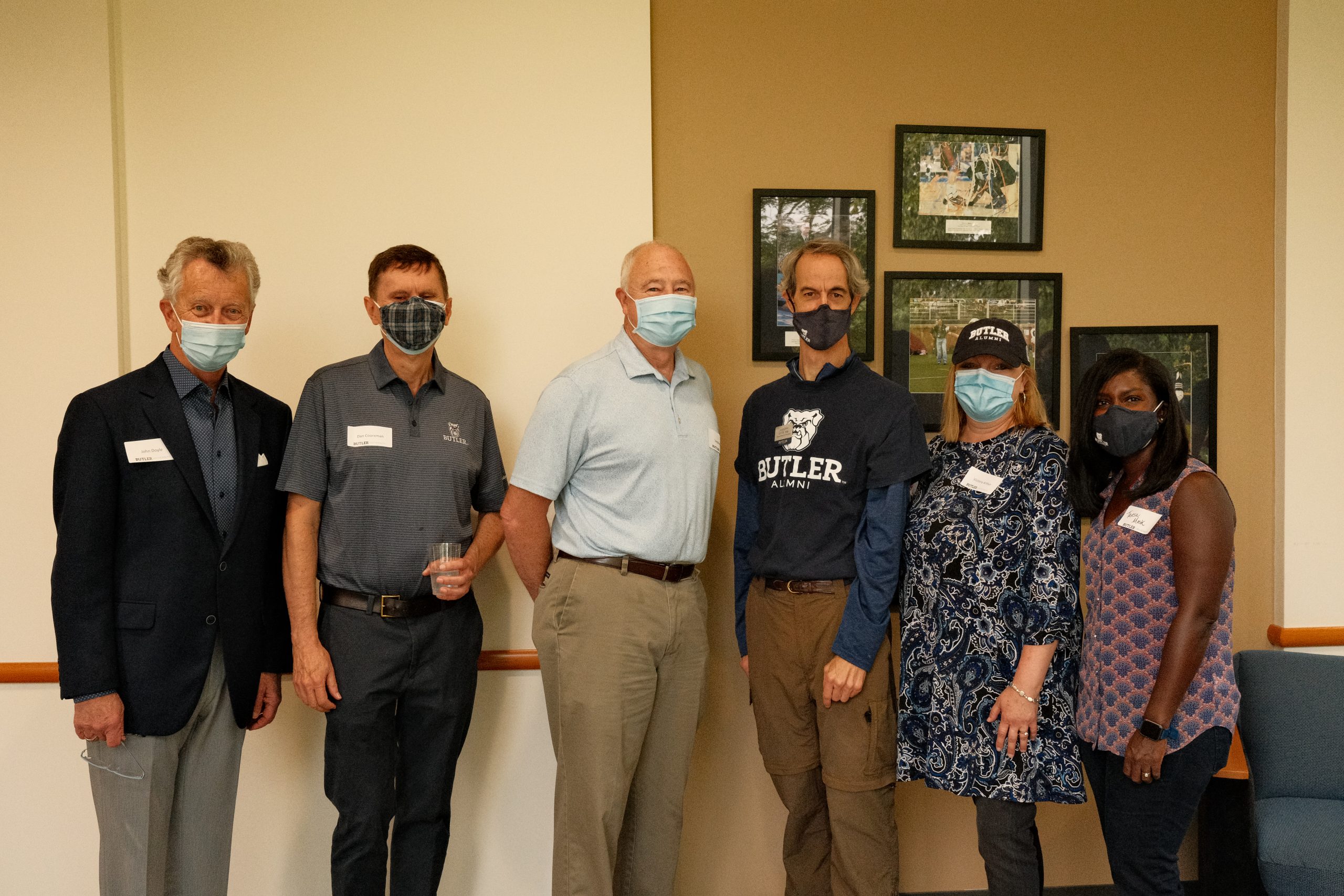 COVID-19 forced people around the globe to postpone important milestones and celebrations. For Butler’s College of Communication, this meant waiting over a year to honor and remember the life of longtime Journalism department chair, professor and Collegian advisor, Arthur Levin.

Levin died in Dec. 2019 at the age of 87. The College of Communication hosted a ceremony on Saturday, Sept. 11 to celebrate his life. Former students, friends and family traveled to Fairbanks for the occasion.

Teresa Mask, former Collegian editor and current Dean’s Advisory Board Member, helped organize the memorial tribute. She said the advisory board decided a couple of months ago that it was time to publicly honor Levin since he played such an important role in the lives of so many Butler students.

Lindsay Johnson, Levin’s daughter and Butler college of education alumna, said her father saw Butler as his home. She remembers spending summers with him in his office in Jordan Hall as he prepared for the academic year. Johnson said her dad was more than just a professor, he was an advice giver and a mentor. She said he would have students come to his house to help them edit papers and that he stayed in touch with many of them after graduation.

“He loved his students,” Johnson said. “He loved his family, loved everything about Butler. He was the best advice giver that you could ask for which is why people would call him, you know, 10 years after graduation, ‘I’m thinking about taking this job, what do you think, should I do it?’ So seeking out his advice even past graduation.”

Dan Cooreman, former Collegian editor and retired New York Times editor, is one of those students. Levin was Cooreman’s advisor and professor during his time at Butler. Cooreman attended the memorial on Saturday and said he remained close with Levin up until his passing.

“What’s fascinating to me is how we stayed friends for so long,” Cooreman said. “I mean, just not long before he passed away, I took him to a game at Hinkle. He had been a longtime season ticket holder, and he really, really enjoyed that. We would go out to dinner at least once a year when I’d be in town, and we solved all the world’s problems.”

Mask is another former student who stayed in touch with Levin throughout the years.

One fond memory Mask has of Levin was an exchange they had during her senior year. Mask and a friend were looking to attend the Inland Press Association job fair in Chicago. Her friend had a car, but they did not have money to pay for gas. When she told Levin, he said ‘no problem,’ and covered the cost of the gas. Mask said Levin gave her the opportunity to go and meet editors and interview. Just a few months later, she was offered a newspaper job, which she said took some of the pressure off her during senior year.

Many of Levin’s former students, and his daughter, talked about his ability to give meaningful advice. Mask said he sometimes had a greater confidence in her than she had in herself.

“He was someone who made you believe that you could do it, even when you didn’t believe it yourself,” Mask said. “I knew I wanted to be a journalist, but he knew I was going to be a journalist… He was the person that I called when I went from my first newspaper job to my next, and it was going from, you know, the smallish paper in Illinois to the big paper in Detroit, and I just remember him saying, ‘big time,’ and that just made me feel so good.”

“We got a letter a couple of years ago, a thank you letter, from a student who received his scholarship fund and what that meant to her and how that helped her, you know, be at Butler… the students who are getting it don’t know him, but that’s a good way for him to live on in having students be able to go to Butler,” Johnson said.