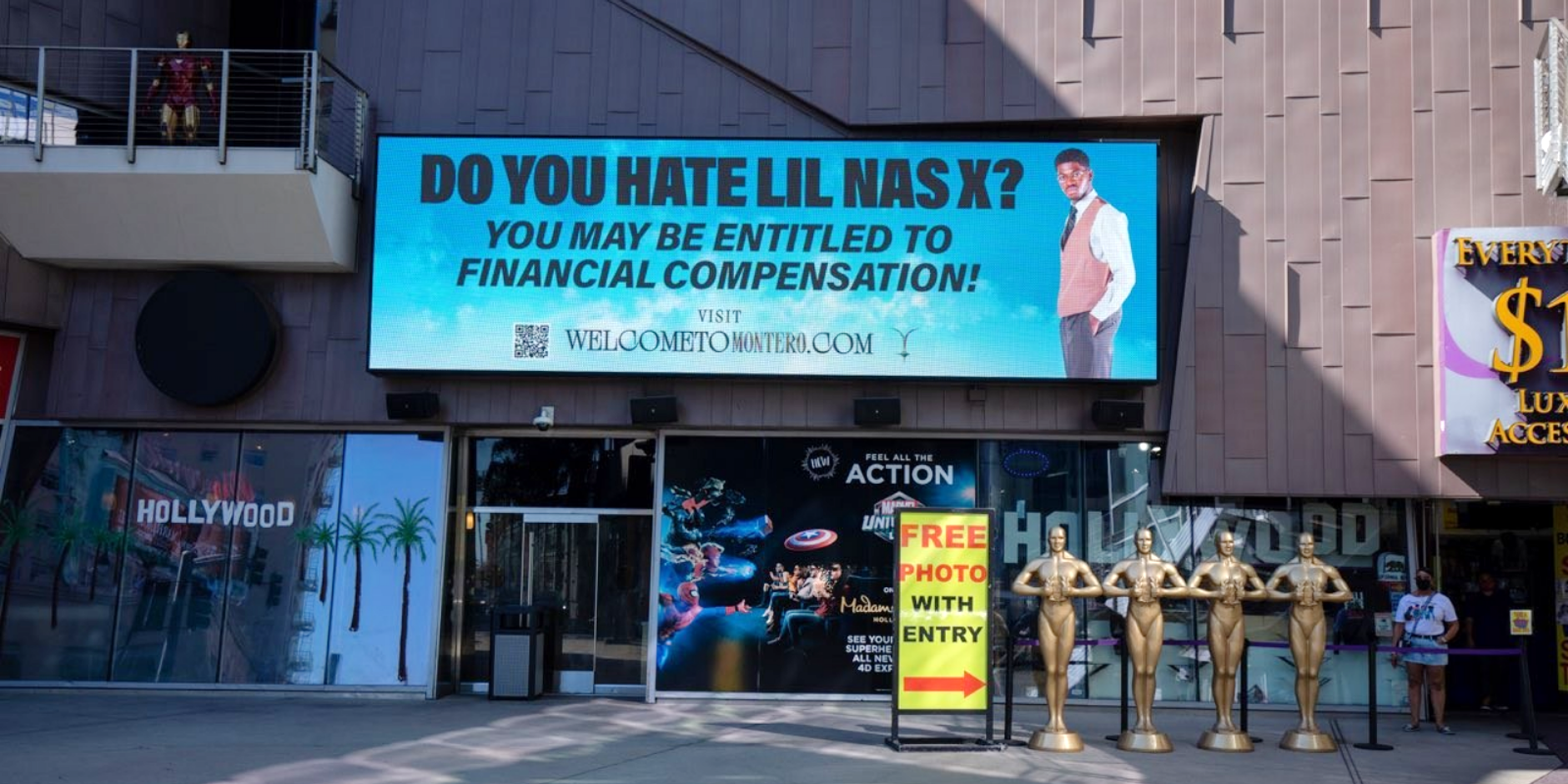 If you’ve had access to the internet in the last three years, there’s a high chance that you know who Lil Nas X is. From viral tracks such as “Old Town Road” to his recent promotional billboards across the U.S., the young pop star has proven himself to be a household name in a remarkably short time. His carefree attitude, fresh approach to rap and pop music and themed marketing savvy have made sure that his career has not had a dull moment yet.

His latest accomplishment includes the release of his newest album “Montero” — a 15-track project filled with joy, introspection and longing. The project was released Sept. 17, accompanied by visuals and a list of philanthropic projects Lil Nas X decided to promote in correspondence with each track on the album. This triumphant record is a step in a beautiful direction for Lil Nas X, and Butler students agree.

Jack Williams, a first-year English major, said he enjoys the musical richness of the album. The deviance from the traditional pop song formula and attention to artistry drew him in upon his first listen of the album.

“I really enjoyed the elements of brass instruments and orchestral tones that added texture to these songs,” Williams said. “I also recognized his homage to shock value marketing, which alludes to rock bands of the past and even as far back as the 60’s such as Black Sabbath. I’ll definitely be exploring more of his discography after listening to ‘Montero.’”

Beyond proving that he knows music history, Lil Nas X has cultivated an open and entertaining platform to communicate with his fans through social media. After coming out as gay and processing his own fears of homophobia in the music industry, he took courage and expressed his true self in both his marketing and his music.

Mattias Vandereide, a first-year biochemistry major, said that Lil Nas X’s attention to marketing and attunement to the next generation makes him a popular fan pick; Vandereide recalled also the digital Roblox concert Lil Nas X delivered last winter. Lil Nas X’s performance set a precedent for future events, as well as the large profit he made off of it by selling digitized merchandise.

“Using video games to reach a new audience in the next generation is a cool move,” Vandereide said.

In his recent promotion for the “Montero” album, Lil Nas X is advertising himself on billboards–à la personal injury lawyer–and offering compensation for a specific set of problems. In addition to promotion that turned heads, Lil Nas X recently employed the power of his voice and platform to generate conversations about homophobia in music, stigma surrounding HIV and AIDS and prison abolition funds. He also raised support for the Gilead COMPASS Initiative, a charity that pledged a $100 million donation to various organizations aiding the HIV/AIDS health crisis and rehabilitation in the U.S. Williams and Vandereide both have voiced their appreciation for a popular artist who elevates concerns about such relevant issues, particularly in an age of cultural sensitivity and media excess where artists are more connected to their fan bases through social media than ever.

“I think he’s a genius,” Vandereide said. “The amount of reach that he has is huge, and he knows how to use social media to make people notice him.”

The rapper also received high praises from artists he featured and worked with during this album cycle, including Miley Cyrus, Doja Cat, Elton John and Megan Thee Stallion. This roster of collaborators and their versatility is reflective of Lil Nas X’s own skill, and this record is no exception.

A central pop-rap focus leans into western, country, pop-punk and rock influences; this is representative of the changing nature of pop music and what listeners can consider “pure pop” these days. “Montero” establishes Lil Nas X as a leading artist of today, and certainly one to watch tomorrow.