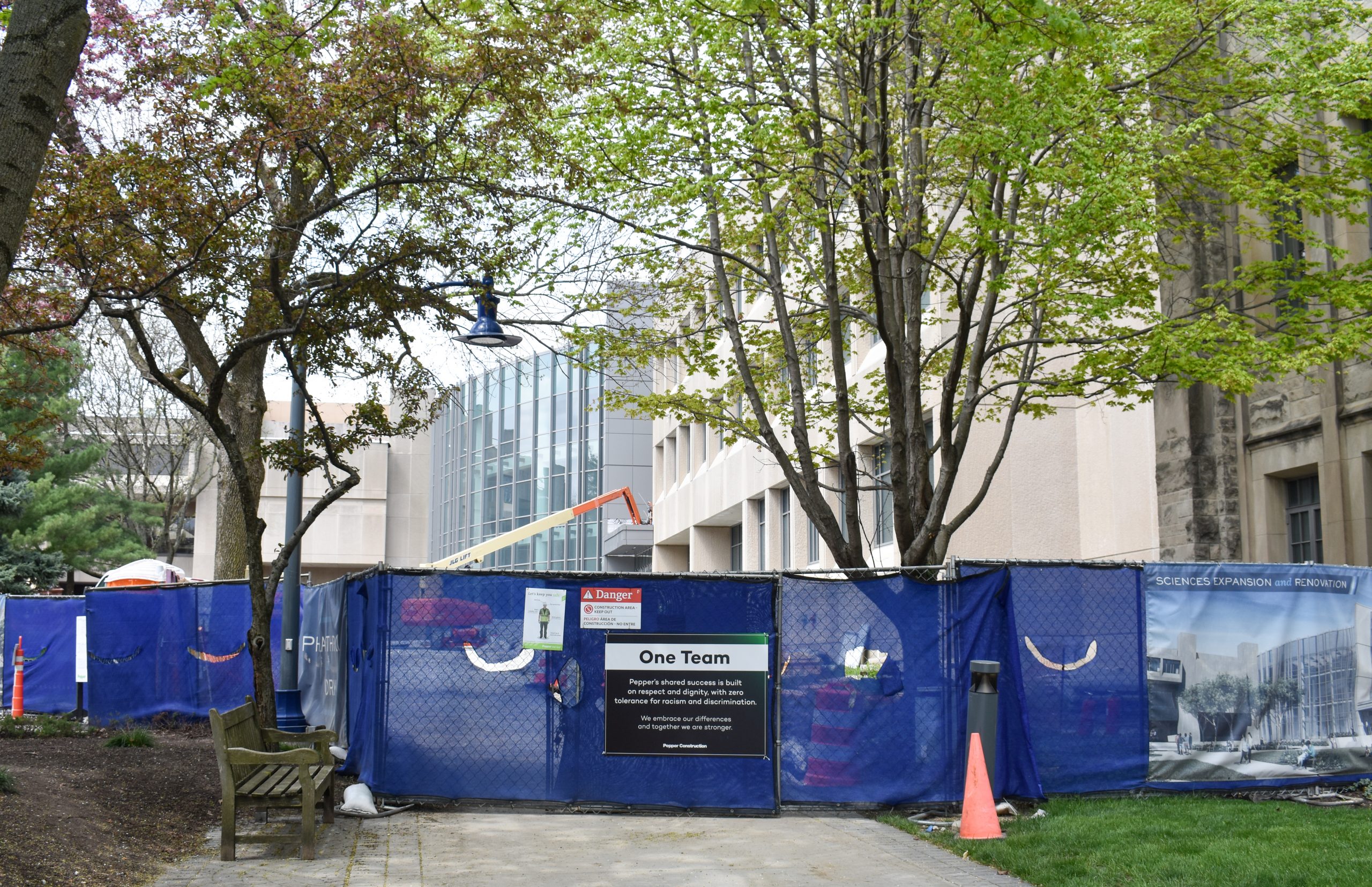 The Holcomb building, the Delta Delta Delta house and the Lambda Chi Alpha house are all under construction. Photo by Lauren Jindrich.

As students prepare for their mass exodus and classes wind down to welcome the end of the school year, different projects and renovations on campus are continuing as planned. Students returning in the fall will notice additions such as a new greek house, an updated one, and a renovated and expanded science building on campus.

For members of Delta Delta Delta, this renovation is highly anticipated. While the construction work has been going on, members of the sorority have been living in University Terrace. Emma Thom, a junior history and anthropology major and Tri Delta president, said the new house will be bigger and updated to fit their sorority’s needs.

Thom said renovations are going as planned and is expected to finish in time for students to move in this August.

Lambda Chi Alpha is moving along with plans to finish their new house sometime next semester, according to David Quintanilla, a junior sports media and strategic communication double major, and the fraternity’s vice president of external affairs.

“It’s expected to be completed in October when it’s supposed to be furnished and everything’s completed, but I would say at least construction wise maybe before October,” Quintanilla said.

While construction is completed and the house is furnished during the fall semester, the majority of Lambda will be living in University Terrace. They hope to move into the house sometime during the spring semester.

Construction on the new science complex will pick up this summer after students leave campus. LuAnne McNulty, professor and chair of the chemistry department, has been actively involved in the construction process and is part of bi-weekly meetings to check in on the progress.

“Our certificate of occupancy is going to come in early May, the faculty move-in will begin in late April,” McNulty said. “The big change will come at Gallahue Hall. Gallahue Hall is slated to start renovation in June.”

Renovations have already begun to the parts of the interior, and faculty offices are expected to be finished within the next month. McNulty also said that if students want to follow along with updates regarding construction they plan on posting them on either the Butler Today or their Facebook.

The University plans to complete the project in three phases, with the third phase not expected to finish until spring of 2023.