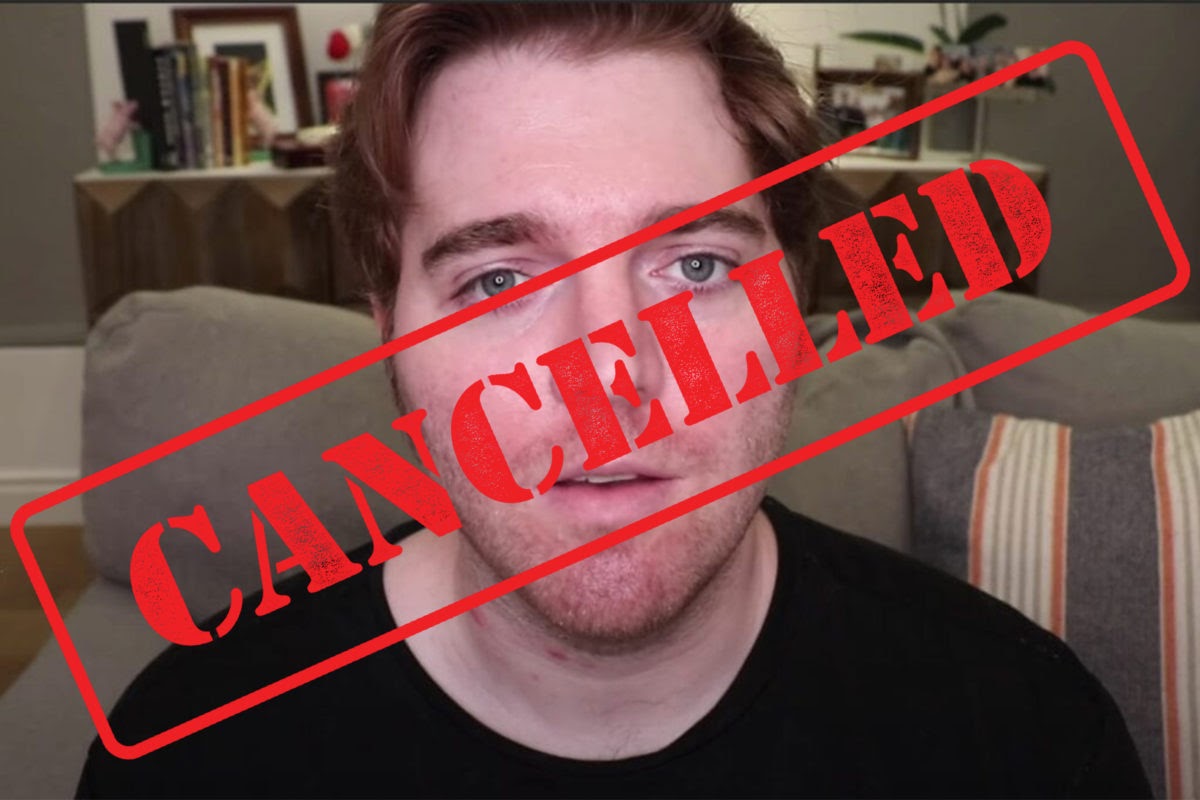 Famous YouTuber Shane Dawson is one example of a celebrity embroiled in cancel controversy. Photo courtesy of the Aquinian.

The term “cancel culture,” operates as a way to hold celebrities and companies accountable for their actions, which has increased in the past decade due to social media.

Martine Cardichon, first-year electrical and music major, said she sees cancel culture as the consequence for a celebrity’s scandalous actions.

“[It’s] when an influencer or celebrity does something problematic and people on social media begin to rally against them,” Cardichon said. “At first, cancel culture was supposed to be holding celebrities accountable but it’s devolved into bad-mouthing and doesn’t allow for actual accountability or growth to learn from their mistakes.”

Senior jazz studies major Annie Brown said she believes that the public confuses the phrase “cancelling” with “holding someone accountable.”

“To me, cancel culture is sort of a misrepresentation of accountability,” Brown said. “This term that is dubbed ‘cancel culture’ is just accountability from people they look up to when they make mistakes. But that gets misconstrued and demonized because some of it happens needlessly, but then I think people take it too far when they assume that all of it is needless.”

“Cancel culture” or boycotting famous people and brands is not a new phenomenon. It can be traced back years ago, from the removal of Roman Polanski from Hollywood for rape and sexual assault, to even Beyonce, who was swarmed with the hashtag #BoycottBeyonce after she performed a Black power anthem on the Superbowl stage.

Becoming more of a trend in recent years, YouTuber cancellations and apology videos from James Charles to Jenna Marbles have seemed to appear on everyone’s recommended page. Youtubers’ constant visibility causes subscribers to view them as more than distant celebrities, but rather, friends. This faux relationship causes audiences to feel that they are close with their favorite creators, and when those creators inevitably make mistakes, followers either halt support or continue worshipping influencers regardless of the cancelation circumstances.

The cancelations of James Charles and Shane Dawson

Two notable YouTubers who have been canceled recently include beauty guru James Charles and comedian Shane Dawson. Both parties have operated and navigated cancel culture throughout the years, but in lieu of recent events, have exponentially lost followers.

Shane Dawson has repeatedly been accused of acts of racism since his early days of YouTube, especially concerning older videos, while Charles was accused of grooming underage fans.

Charles’ first major scandal ignited on May 10, 2019 when beauty guru Tati Westbrook posted the call-out video entitled “Bye Sister.” In the video, Westbrook calls Charles out for a variety of betrayals and wrongdoings, such as his support for SugarBearHair, a beauty supplement competitor of Westbrook’s Halo Beauty company, as well as repeatedly hitting on straight men despite them appearing visibly uncomfortable.

In recent weeks, Charles has been repeatedly accused of flirting with minors and then quickly getting angry when they call him out on social media. Screenshots presented by a teen Charles hit on show the influencer’s gaslighting and use of his influence to try to control them into complying with his demands.

After the 2019 accusations, Charles eventually regained his fanbase and was seemingly forgiven for his mistakes. He even collaborated with makeup brands like Morphe months after the scandal, with his eyeshadow palette selling out less than 10 minutes after its release time.

Although Charles has been canceled several times, Charles has mastered the art of regaining  followers and subscribers back and remaining relevant. Charles has shown that despite cancel culture’s immediate effects resulting from numerous allegations of grooming and pedophilia, forgiveness is never off the table.

Rachel Crabtree, sophomore health science and Spanish double major, said that under certain circumstances YouTubers and celebrities that are canceled should have a chance to show their personal growth from the situation.

Brown also agrees that there are certain situations where these people of influence should be given another chance to redeem themselves.

“I think it really varies on the mistake and also the frequency of those mistakes and the severity of them,” Brown said. “I certainly believe in giving people second, third, and fourth chances when it comes to some things, but definitely not all of it.”

While Dawson’s time on Youtube has spanned decades, his most recent cancellation was swift and effective. From Dawson’s racial slurs to jokes concerning pedophilia, the influencer’s career endured until June 2020, when the Youtuber’s problematic content resurfaced.

Following Westbrook’s video calling out Dawson and YouTuber Jeffree Star, more people started to call out Dawson’s past actions in his older videos.

The large and sudden backlash led to dropped sponsorships, suspension of ads across his three channels, and an apology video, where he announced he would leave the internet. Dawson’s departure from Youtube reads as an act of accountability, but is undermined by the fact that he has made millions and continues to earn money from his merchandise and makeup, still on sale for fans who have weathered the cancelation storm.

Trisha Paytas, another influencer and ex-friend of Dawson spoke out against Dawson and Starr. This came as a shock to fans, as Paytas and Dawson had been friends for 12 years, with Paytas even starring in some of Dawson’s controversial comedy skits.

Paytas is no amateur in regards to cancel culture. Like Dawson, Paytas has been accused of blackface, racial slurs and cultural appropriation from her Japanese popstar character “Trishii” to dressing as a Latina woman on TikTok. Despite the accusations, Paytas continues to find success and is even noted for her ability to move on from controversy with little backlash, thanks to her intentions to troll.

Trolling in Paytas’ world knows no bounds, from making videos about her identity to posting a video asking if dogs had brains, in which she ponders the question aloud for two minutes. Paytas’ act of being both believable and entertaining in her controversial or outright absurd videos has led to her uncancelable status.

Paytas’ came forward with personal accounts of her addiction and her Dissociative Personality Disorder, which caused many to discount her out of disbelief.

One of Paytas’ biggest controversies occurred when she came out as a trans man, sparking criticism, especially from the LGBTQIA+ community. Earlier this year, Trisha said on her podcast that she was wrong for that and apologized for the controversy. She also said she has educated herself and now recognizes that she, in fact, is nonbinary. Influencer’s attempts to apologize or educate themselves can tend to gray the lines between accountability and saving face, according to Crabtree.

“A lot of the times I think the apology videos are the dumbest and most embarrassing things they do…especially when…they sigh in the beginning and you can’t tell that they have been crying,” Crabtree said. “In my opinion to me that’s more staged and not genuine.”

Whether or not Paytas means to start drama through her controversial content or not, her success throughout her almost 20-year career on youtube exemplifies the limits as well as benefits of cancel culture. Scandal after scandal, Paytas’ reputation remains unscathed, either on TikTok or the podcast “Frenemies” with Ethan Klein thus showing that bad publicity is still publicity.

From sexual allegations to racism to cultural appropriation, influencers like Charles, Dawson and Paytas have repeatedly made mistakes that could have cost them their careers and reputations. While Dawson has stopped making Youtube videos, Charles and Paytas only continue, thus showing the internet’s simultaneous long and short-term memory, according to Brown.

“I think it’s impossible to truly cancel somebody with that big of an influence,” Brown said.

Owen Madrigal contributed to this article.