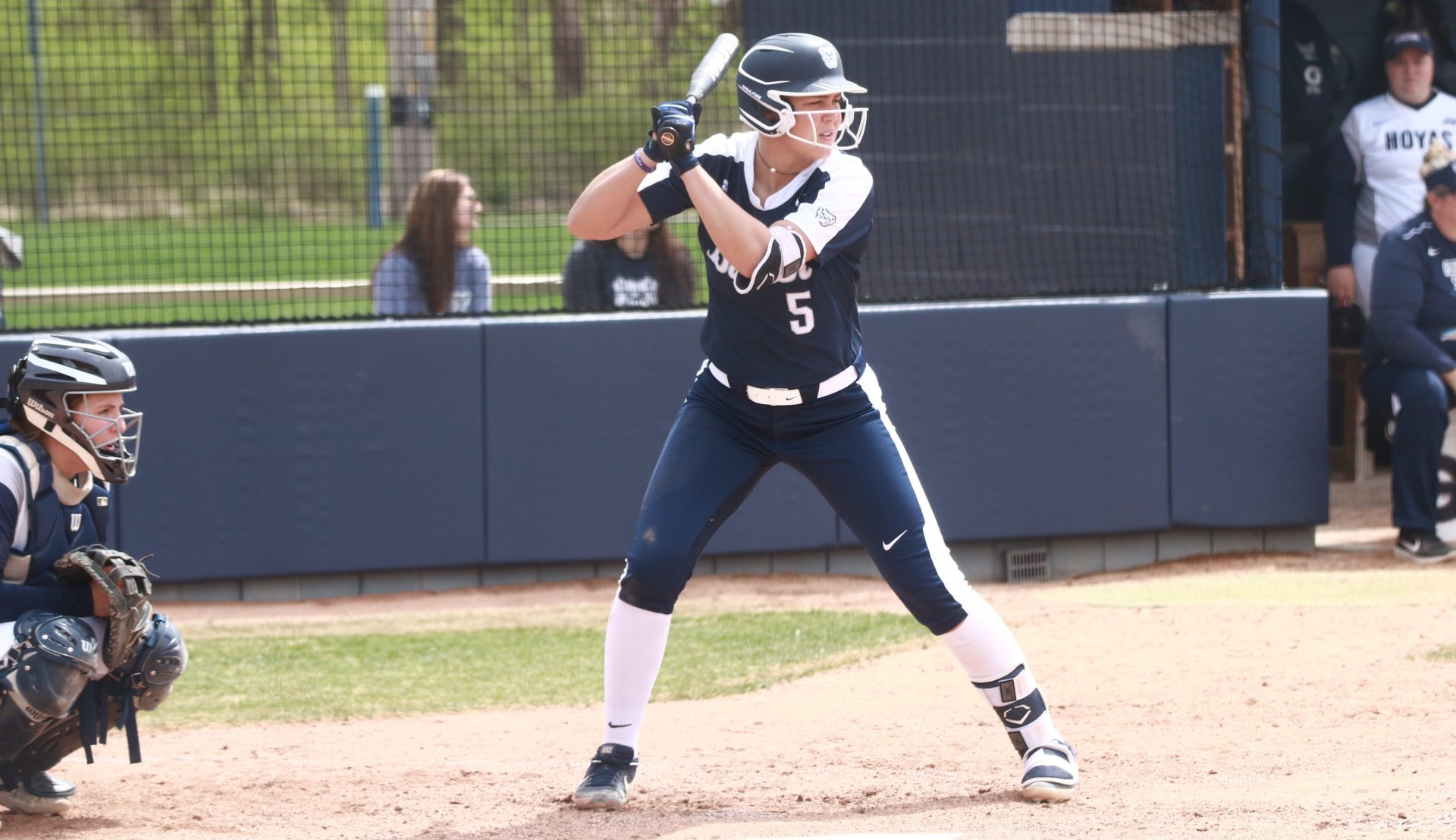 Karli Ricketts goes to bat in a game last season. Ricketts and the Bulldogs swept Seton Hall on Saturday before dropping the Sunday game with a chance to complete the series sweep. Collegian file photo.

Butler softball moved its record to 9-8 on the year after a 2-1 series win over Seton Hall March 13-14. Butler swept the Saturday doubleheader, winning Game one 5-4 and Game two 4-2. The Pirates took the series finale 5-4 over Butler. Here’s what we learned:

Butler overcame recent history this weekend, winning its first Big East series since 2018. Butler had been winless over its last eight attempts after the Bulldogs failed to come away with a series win in 2019. The Bulldogs also snapped a five-series drought on the road in Big East play.

Butler has set themselves up nicely by getting their first Big East series win under their belts. Now, the team can build for what is a tough slate in the coming weeks. Butler will take on three of the top four teams from the Big East Preseason Coaches Poll over their next few conference series. The Bulldogs will visit UConn and host Villanova and St. John’s for their next three conference opponents. The preseason champion Wildcats come to Indianapolis next week for their Big East opener.

Sophomore Mack Griman put up an impressive performance at the plate in her Big East debut series. After a quiet start to the year at the plate, Griman had more RBI this weekend than she did in the first 14 games of the season. For the series Griman hit .416 to go with five hits and four RBI.

Griman paced Butler in Saturday’s two-game set, accounting for four of the team’s 8 RBI. In the series opener, Griman hit a no-doubt 2-run home run to left field that gave Butler a 3-2 lead. It was her first home run of the season.

Griman’s development as another offensive weapon would be important for Butler moving forward. The Bulldogs have needed timely hitting throughout their lineup and Griman delivered that on Saturday going 2-for-4 with runners in scoring position. Griman is now riding a five-game hitting streak, the longest of her short Butler career.

The pair of juniors are vital pieces for Butler to generate scoring opportunities at the top of their order. We were reminded of that this weekend against Seton Hall.

Fey and Avery combined for a .476 batting average against Seton Hall. The duo also had a .619 on-base percentage and accounted for three stolen bases. Fey had seven hits in her nine at-bats while Avery had five hits for the weekend. That includes a 3-hit performance in the series opener.

Since taking over at Butler, head coach Scott Hall has become known for his tendency to rely on the ground game, paving the way for small-ball players like Fey, Avery and former All-Big East selection Jenna Foreman to succeed. Fey and Avery are typically No. 1 and No. 2 for Butler in the batting order. Their speed and high on-base percentages drive Butler’s offense. Often, Fey and Avery reach in successive at-bats, as they did on four occasions this weekend, opening the door for the middle of Butler’s lineup.

Avery had been out of the lineup for the first nine games of the season but returned for Butler’s weekend in Chattanooga. Butler is 5-2 since Avery was re-inserted into the lineup to pair with Fey.