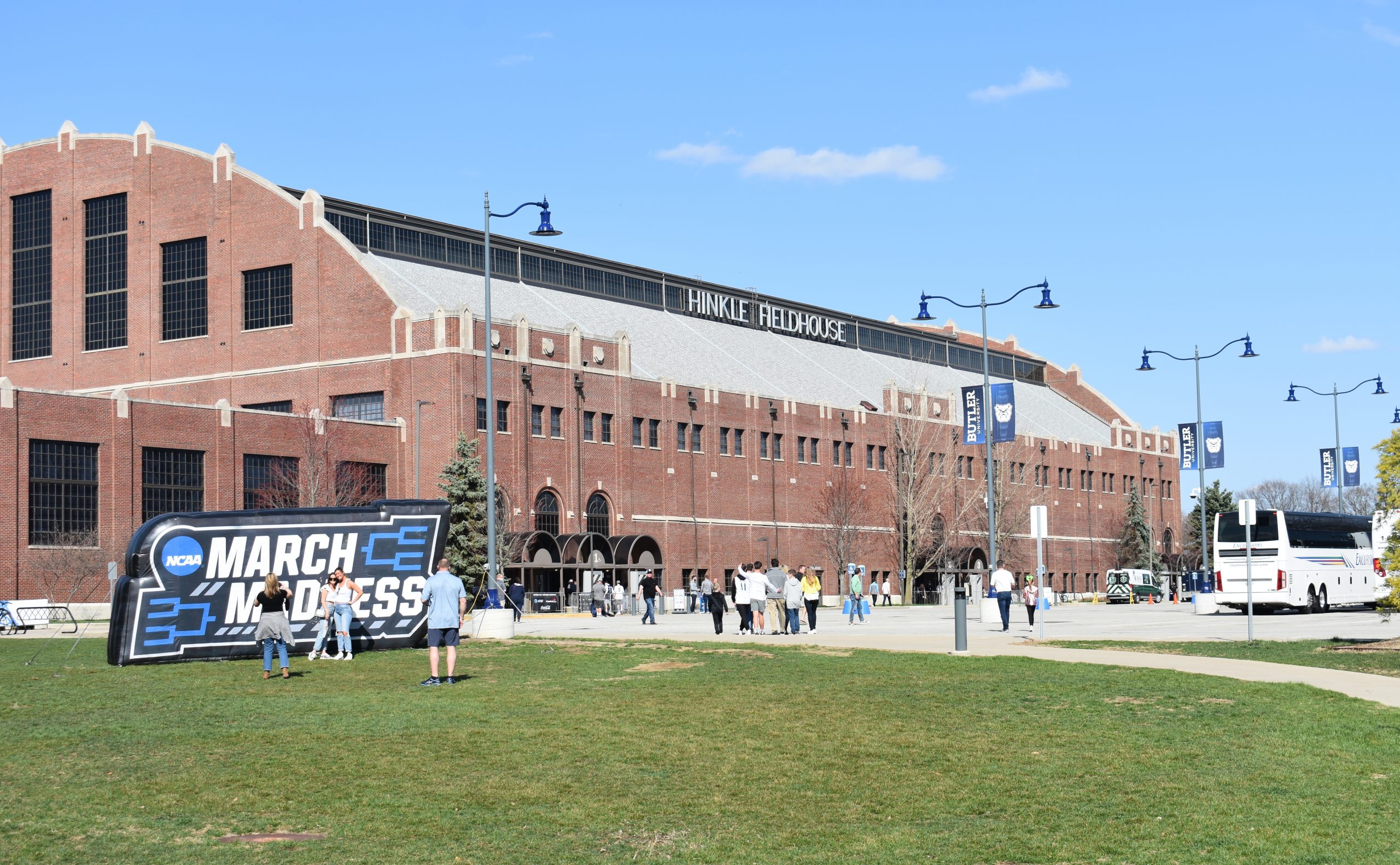 Hinkle Fieldhouse is one of six locations in Indianapolis that is hosting the 2021 NCAA men’s basketball tournament. Between March 19 and 28, 16 games were played at Hinkle with a limited capacity of 25%.

Butler University sent an email to students on Feb. 25 informing them that part of the tournament would be held on campus at Hinkle Fieldhouse.

Many students were initially excited about the idea of having the tournament on campus. But for some, that excitement went away once the games actually started.

Kelly Schwantes is a senior theater major at Butler. When she first heard about the tournament being held in Indianapolis, she thought it was a “cool” opportunity for the city. She assumed the games would be held without fans in attendance because of the COVID-19 pandemic. Once it was announced that fans would be allowed to buy tickets, however, Schwantes’s excitement turned into concern.

“I knew that other people were going to [buy tickets] and, you know, maybe if we weren’t in COVID, I would try and go to a game,” Schwantes said. “But once I knew that there were going to be fans… I was like, ‘No way, I am staying as far away from Hinkle as possible.’”

In preparation for parking changes, Butler sent an email to students on March 15 that included a map of the new parking restrictions on campus. Schwantes said parking was “a nightmare.” While students, faculty and staff were still able to park in the parking garage for free, fans could pay to use the space on game days. When Schwantes was trying to park to get to class, she found that many of the spots were already filled with fans from out of state.

Hannah Fleishman Norton, a sophomore international business and marketing double major, said she has always been a college basketball fan. She attended one of the NCAA games held at Lucas Oil Stadium. Her experience with the tournament on campus, however, was disappointing.

“You can tell it’s not the Butler students that aren’t following the guidelines on campus,” Fleishman Norton said. “Last weekend, I was studying outside of Starbucks, and I saw just groups of people walking without masks, and they were wearing the team sweatshirts for the teams that were playing… and I felt like, ‘what do I do?’, so I went into C-Club and it was even worse.”

The email sent on March 15 said that all buildings except Atherton Union, Robertson Hall and Clowes Memorial Hall would be in “card-only” status March 17-28.

Even with the card restrictions in place, Fleishman Norton said she heard about fans walking around Jordan Hall without masks on. She said while it was great for the university to have fans on campus, it was increasing the number of people students were coming into contact with.

She said many students were frustrated because they are not supposed to have visitors on campus, yet there were numerous people from outside the Butler bubble on campus this month.

Another point of concern for Schwantes was the police escort teams received when leaving Hinkle Fieldhouse. She said her house is on the corner of Capitol and 46th. Her area of the neighborhood is not predominantly occupied by students; she lives next to a church and other houses that have small children. She said after every game, the team busses turned right onto her street.

“The teams will leave Hinkle when their game is over, win or lose… and every time a team departs, we get four motorcycles and a squad car with lights and sirens going through the neighborhood,” Schwantes said. “When you have lights and sirens going off at 12:30 in the morning, people are going to think there’s an emergency and this is not an emergency, it’s just an escort.”

Schwantes said not only were the police escorts alarming for people in the middle of the night, they were diverting police resources from community members who may have needed protection.

However, not all student experiences have been negative. Mason Runkel, a sophomore healthcare and business major, knew he wanted to go to some of the games when he heard they would all be played in Indianapolis.

“I would say my initial thought was ‘how can I get my hands on tickets?’” Runkel said.

Runkel went to games at Lucas Oil Stadium for the Big Ten men’s basketball tournament and Hinkle Fieldhouse and Indiana Farmers Coliseum for the NCAA tournament. He said the COVID-19 safety protocols were strongly enforced at Hinkle but not at the other locations. Runkel saw Hinkle staff walking around the game asking fans to put on their masks if they were not wearing one. At the other locations, there were just signs.

The NCAA tournament is nearing its end with Final Four games being held April 3 and the championship game on April 5.