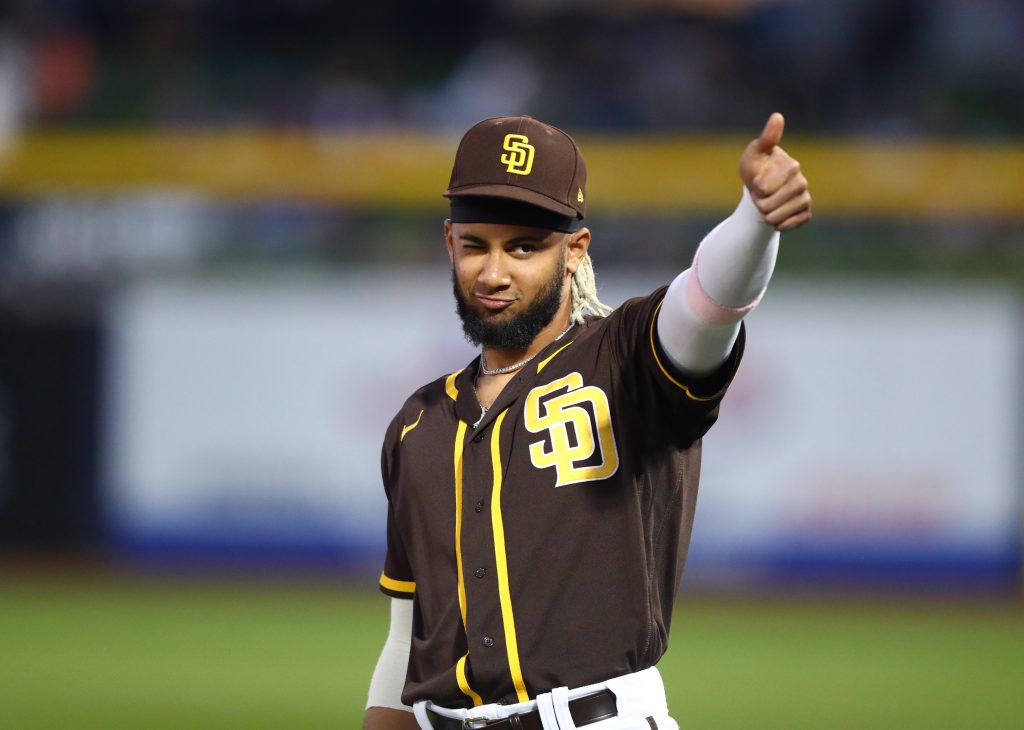 Fernando Tatis Jr. celebrates after a play during a San Diego Padres game last season. Tatis figures to be a leading candidate for NL MVP in 2021. Photo by MLB Trade Rumors.

If you’ve watched baseball for a long time, you know there will always be exciting MVP races, and some players who are always in the MVP talk year after year. Take a look at the American League and how Mike Trout continues to finish right near the top of the AL MVP voting, even if he does not win.

But along with the “regular” contenders, there should be several new, young faces vying for MVP awards in the 2021 season.

Tatis, who will be entering his third career season, already has a lot of credits to his name. He had a fantastic 2020 season, finishing with 17 home runs and 50 runs scored, each good for top five in the league. Alongside these stats, Tatis also batted .277, 42 RBIs and 11 stolen bases, and finished top 10 in the National League in all of these statistical fields.

With these numbers, Tatis was able to finish fourth in the National League MVP voting and asserted himself as a contender for future MVP awards. Tatis accomplished this in only his second season in the MLB, which is almost unheard of, and goes to show just how much potential he has.

On top of his success throughout the 2020 season, Tatis also had a spectacular rookie season in 2019, hitting .317, along with 22 home runs and 61 runs scored. With these numbers, he was able to finish No. 3 in the National League Rookie of the Year voting and put his name on the map.

Tatis’ hard work in his first two seasons paid off, as he signed a 14-year, $340 million contract extension with the San Diego Padres over the 2020 offseason. This massive extension made Tatis the third-highest paid player in the MLB, despite only being 22 years old.

With the contract issues out of the way, his sole focus will now be on the field and focusing on maximizing his production. Despite the already fabulous numbers Tatis has put up, he clearly has the potential to take even more steps forward in the near future.

Tatis should do just that in 2021, and despite the amazing numbers he has already achieved, he will continue to surpass them in 2021 and set career-highs in many statistical fields, like hitting over .310, with more than 35 home runs and 100 RBIs.

Some will say that Tatis’ lack of experience and young age may hurt his chances at a potential MVP award. But despite this, it has been proven in the past that young players are capable of winning MVP awards at young ages. Take Bryce Harper, Kris Bryant and Cody Bellinger, who were all under the age of 25 when they won the NL MVP in the past few seasons.

When compared to these players, Tatis is certainly on par talent-wise, and it’s not crazy to believe that he is a step ahead of the curve.

Tatis will put himself in the mix for the NL MVP award in 2021 with his stellar play. He’s been able to put his name on the map in the past two seasons, and has proven that he is a legitimate superstar. Mark it now, Fernando Tatis Jr will win the NL MVP in 2021.