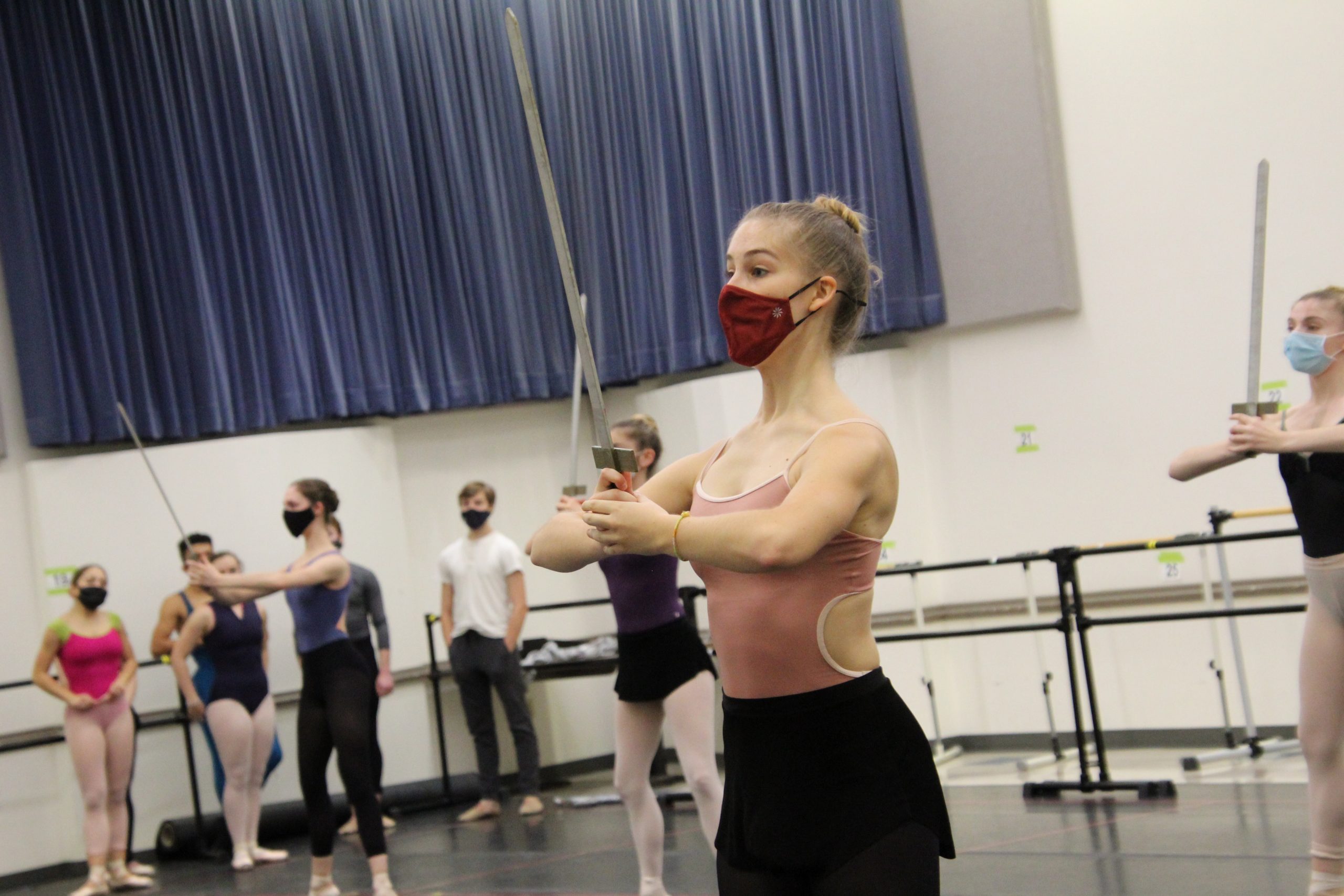 Some dancers missed this year’s performances of the Nutcracker due to lockdown measures. Photo by Claire Runkel.

Rheana Montesantos, a sophomore dance performance major, was on her way to “The Nutcracker” dress rehearsals when she received an email. A mix of emotions flooded Montesantos as she learned that her sorority was placed on a two-week lockdown during the fall semester.

Montesantos’ months of preparation for her role as Snow Princess in The Nutcracker came to a halt. Since her role was double-casted, the other Snow Princess was able to fill in and perform all of the shows.

Montesantos said it was upsetting to miss the much anticipated and well-acclaimed week as a result of other people’s actions.

“I do think that it’s very hard for us dancers when we get affected by other people’s actions,” Montesantos said. “I take what I do here really seriously, so I’m not trying to have to quarantine or get anyone else sick. It takes a toll on dancers…we can’t just go and take an online class.”

A dancer’s role may have to be replaced if their quarantine period extends into a performance week. If their quarantine happens during rehearsals, the student can still remain in their role and will only miss practice.

Lauren Zimmermann, a sophomore dance performance major, was supposed to be a Spanish Core in the ballet. Like Montesantos, she was also forced to quarantine after her sorority was placed on a two-week lockdown. Her role was then filled by an understudy who was given guidance by an older student who had performed the role before.

While Zimmermann knew this course of action was in the best interest of COVID-19 safety, she could not help feeling upset about missing such a prominent Butler Ballet production.

“I think it was something like the epitome of unprecedented times,” Zimmermann said. “I felt like I was going through the stages of grief. I couldn’t accept that like that I wasn’t going to be in ‘The Nutcracker.’”

The spring semester will provide more opportunities for Zimmerman to perform, such as the Midwinter Dances, which will be streamed the week of March 8. Although the performances will be virtual, it is still a vital chance for JCA students to spend time onstage.

Max Lippman, a junior dance pedagogy major, transitioned roles mid-semester when the first wave of rising cases on campus occurred. Lippman was originally cast as the Snow King, until the director asked him to perform as a Flower Cavalier instead.

Initially, Lippmann said that the transition was stressful, but his partner was able to help get him up to speed. Since the role is double-casted, he started by watching the other cast rehearse in order to ease his way into the role.

Lippmann said this change required accountability on his part to work on his own time and make sure he was fully prepared to fulfill the role as flower cavalier.

“In a way, it prepared me for what the real world looks like in a professional ballet company,” Lippmann said. “You have to be incredibly focused and be ready for anything. It was a good experience to kind of have and put that in my tool belt.”