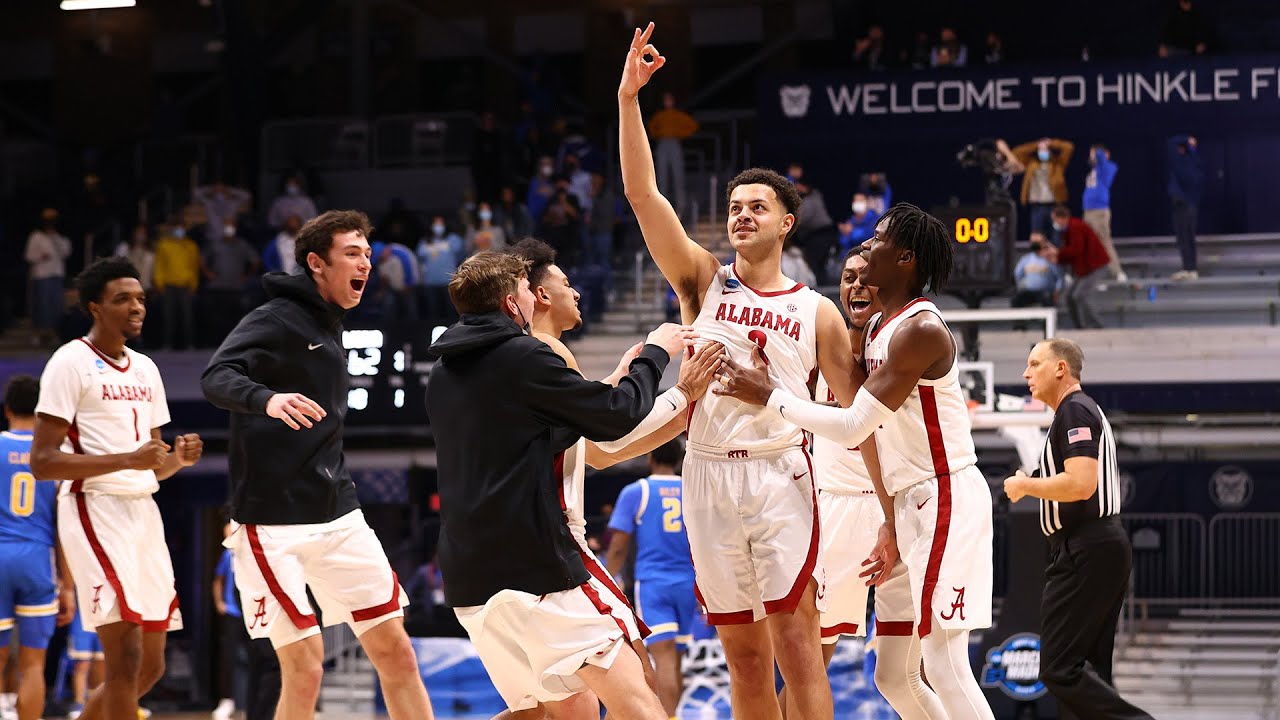 The 2021 NCAA Tournament, held entirely in Indianapolis, is nearing the end of its stay, but that hasn’t stopped the conversation behind Indy’s diamond in the rough — Hinkle Fieldhouse. The 93-year-old arena hosted tourney games for the first time since 1940, and coaches, media and fans alike showered historic Hinkle with praises.

Here’s a look at what some of the social media highlights from Hinkle’s national spotlight.

The court got a sleek, new look for the first round and Sweet 16.

What NCAA tournament court looks like at Hinkle Fieldhouse.#Butler pic.twitter.com/8hY0pBIr4Y

And it even got featured in the New York Times.

Hinkle hosted the opening game of the Round of 64 on March 19, which attracted CBS’ A-crew of Jim Nantz, Bill Raftery and Tracy Wolfson.

For the first time since 1940, it’s NCAA Tournament games at Hinkle Fieldhouse. pic.twitter.com/4PiUDpjWVN

The game itself was a thriller, too, as Virginia Tech’s Naheim Alleyne nailed a game-tying 3-pointer with 1.4 seconds left to send the Hokies to overtime, where they would eventually lose to 7-seed Florida.

It was the first trip for many to Hinkle Fieldhouse, but some were returning from a brief stay away. Michael Lewis, current UCLA assistant and former Butler assistant, couldn’t wait to get back in the hallowed halls.

Those not familiar with the windows of Hinkle got a good look during those mid-afternoon games, too.

After meeting Sister Jean, I just have to jump in for my Deputy Mayor, @butlerblue3, and make the day’s first #TripsPicks for the Ramblers. How could I not? #MayorofMarch | #MarchMadness pic.twitter.com/ygvb5PbSpq

Although there were many visitors to the fieldhouse, Butler’s own staff was visible throughout the March Madness action.

8️⃣1️⃣ years in the making.

The action that took place over the 16 games was too good not to indulge in some movie theater-sized popcorn.

In the 16th and final game at Hinkle, Alabama’s Alex Reese buried a game-tying 3-pointer at the buzzer to send the 2-seed Crimson Tide into overtime with UCLA.

Hinkle Magic was certainly in the air.

Overall, the action at Hinkle was about on-par with the play of its host, the Butler Bulldogs.

And players, coaches, media and fans are not ready to say goodbye for another 70 years.

This can’t be the last NCAA Tournament game in Hinkle for another 70-plus years. (Last time was early 1940s.)

Get it into the rotation going forward, NCAA. This barn would be the best place on earth in a one-possession game with a minute to go in the middle of March.