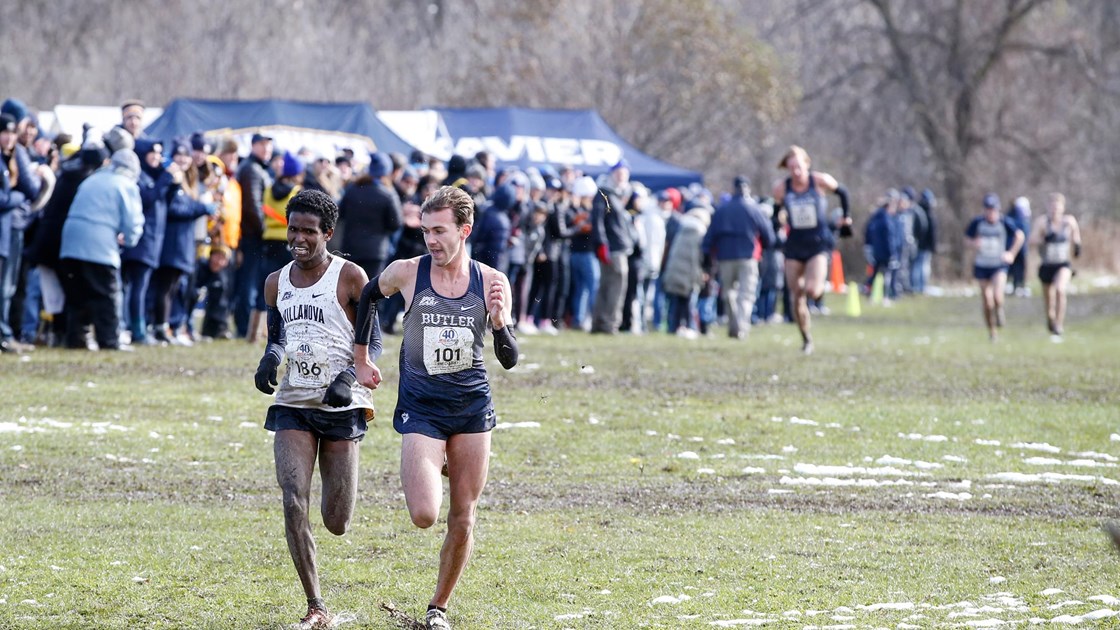 In their first appearance as a team to the Division I NCAA Cross Country Championship since 2009, the Butler men’s cross country team finished in 13th as a team on March 15 at Stillwater, Okla. This was one of the highest finishes for the Bulldogs not only in program history, but also Butler Athletic history.

The 22nd-ranked men were led by graduate student Simon Bedard who placed 37th overall in a time of 30:44:5. Bedard earned himself All-American Honors after placing in the top 40. Senior Barry Keane followed a few steps behind in 43rd at a time of 30:50:4 just missing the individual honors. Junior Remi Schyns came across the line placing 64th in a time of 31:08:7.

Redshirt junior Jackson Martin and senior Clark Otte rounded out the Butler squad in times of 32:01.5 and 32:20.9. Wrapping up the team scores were junior Pierre-Louis Debourte and sophomore Jackson McMahon in times of 32:33:1 and 33:13:4.

For the rest of the individuals, junior Wesley Kiptoo from Iowa State shot out to an early lead with junior Conner Mantz from the defending 2019 National champs in BYU being the only runner to dare stick with him. The two would battle until Mantz found another gear and began pulling away from Kiptoo. Mantz claimed the individual title.

Despite each runner placing in the top-three, neither team would take home the team title. Northern Arizona ended up reasserting themselves as kings, placing four runners in the top-10. Their dynasty over the NCAA officially continues as they have now won their fourth title in five years.

Butler finished with a team score of 349 points. In the Great Lakes Region, the men finished as the second-highest team behind Notre Dame who placed second overall. The Big East Conference champs finished first among their conference foes of teams like Villanova in 20th and Georgetown in 22nd.

The Bulldogs end their season as the fifth-highest finish in Butler Athletics history in any sport.