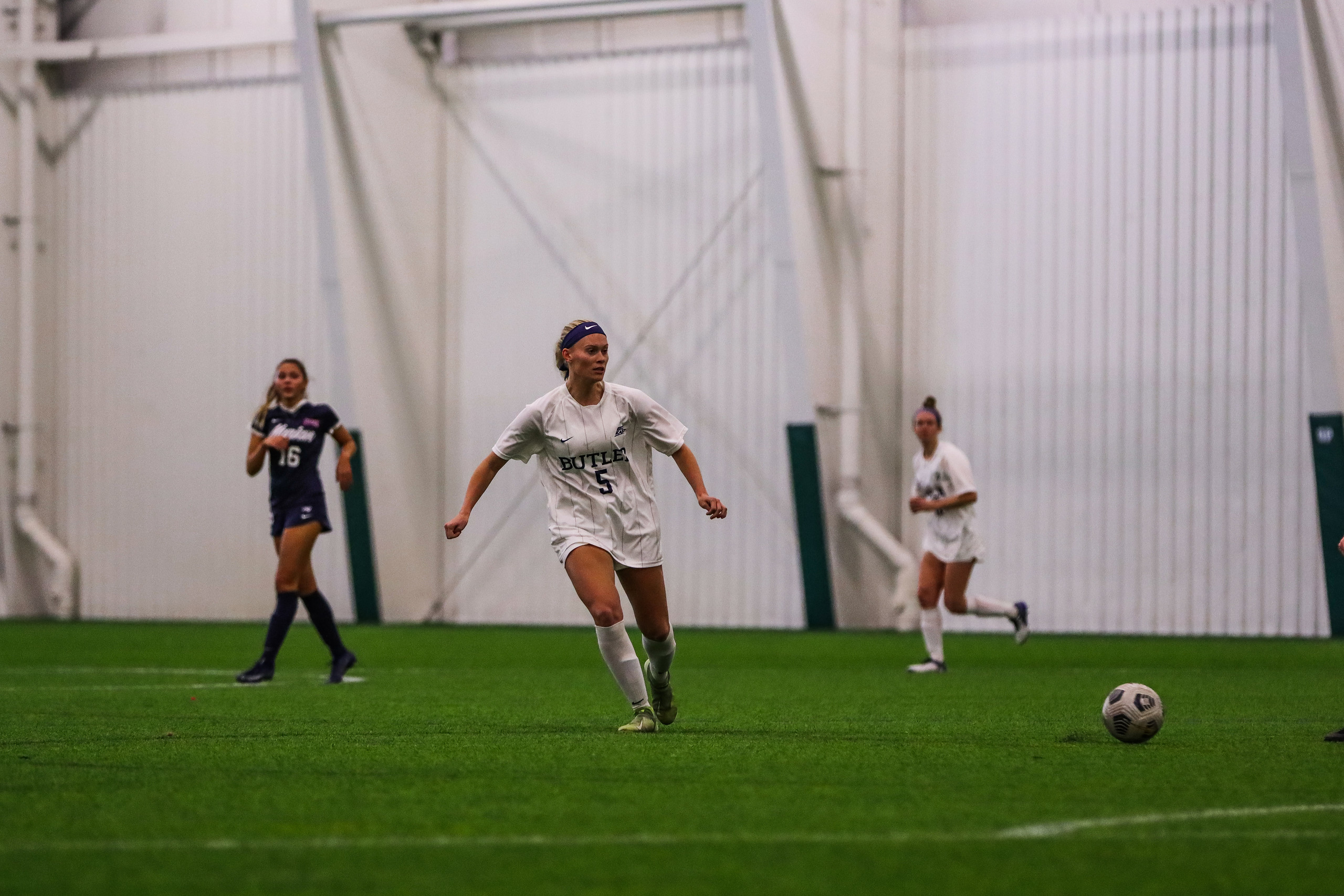 Amanda Kowalski sends in a pass in Butler’s win earlier this season over Marian. The Bulldogs are now 5-0 this season. Photo by Chandler Hart.

On a rainy Thursday afternoon, Butler took full control of first place in the Big East Midwest division with a scrappy 1-0 victory over the Marquette Golden Eagles. The Bulldogs improved to 2-0 in the conference and 5-0 overall and remain one of two undefeated teams left in the Big East with the other being Georgetown, who also owns a record of 5-0.

Freshman defender Claire Farrington scored the winning goal with six minutes left in the game to secure the victory. As overtime appeared imminent, Farrington connected on her first-career goal off of an assist from redshirt freshman Abigail Isger.

The Bulldogs dominated both time of possession and shots on goal the entire first half, ripping off 14 shot attempts to just one from Marquette before halftime. Neither team was able to score in that time, however, as both teams entered the locker rooms at halftime without finding the back of the net.

The Golden Eagles clearly attempted to come out aggressive to start the second half after they spent nearly all of the 45 minutes on defense up until then, and rattled off two quick shot attempts in the first five minutes of the second half, none of which was successful.

The second half was not nearly as dominant from the Bulldogs as the first, but Butler still had an obvious speed advantage and outshot Marquette seven to four in that period. None were successful, however, until Farrington cashed in off of a corner kick from Isger in the 84th minute.

Butler will have a quick turnaround and face Xavier on Sunday, March 13, in the Sellick Bowl. They will look to continue their successful season as the matchup with the Musketeers will be a showdown between the top two teams in the Big East Midwest division. Xavier is 1-0 in the conference so far with a 1-0 victory over Creighton.