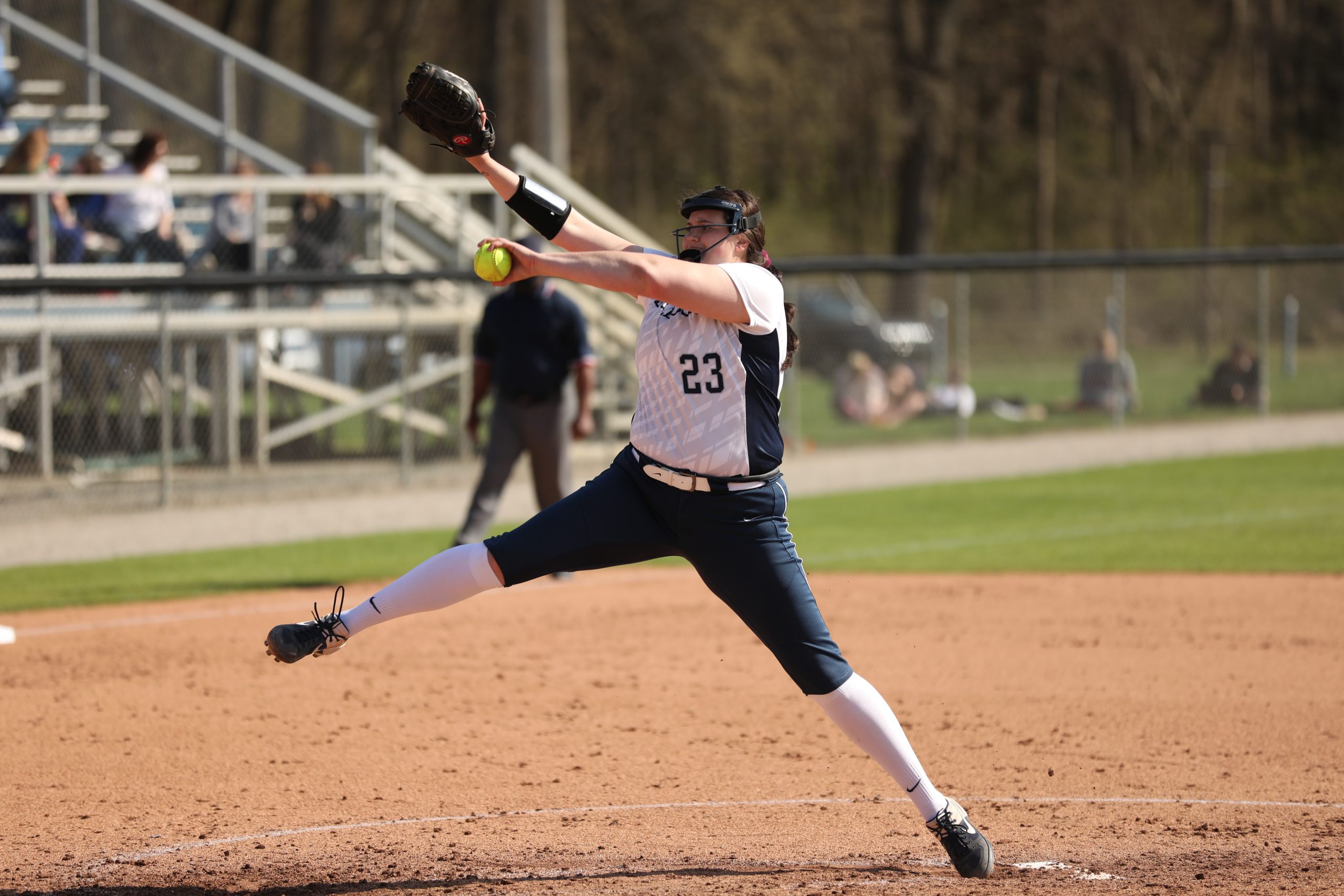 Alyssa Graves fires a pitch toward home plate in Butler’s 3-0 win over Indiana State. The shutout is the Bulldogs’ fifth of the year. Photo by Emma Bays.

“All the way around we executed the way we needed to,” head coach Scott Hall said. “Our pitching staff was hitting their spots and our offense came up with timely hits at the plate.”

Butler’s pitching staff led the team with a combined shutout in the circle as four pitchers saw action. Karli Ricketts, Alyssa Graves, Madison Seigworth and Mack Griman each threw during a staff day for Butler. It was Butler’s fifth shutout of the season.

The foursome totaled for a line of zero earned runs, three hits and six strikeouts. Ricketts started the game and picked up the decision. Griman came in and secured her first save of the year.

Lexi Benko got the start for Indiana State, allowing three earned runs in 4.1 innings for the Sycamores. Indiana State has lost six of their last seven games following the result.

The teams combined for just six hits on a very windy day at the ballpark. The wind blew in from centerfield, keeping the ball inside the fence and forcing Butler to adjust.

“Our normal philosophy is to get the ball in the air so we had to shift the focus to pounding the ball through the infield,” Lauren Fey said. “I thought we did a great job utilizing different tools today at the plate through walks and hit by pitches.”

Butler grabbed an early run, scoring in the first inning for the first time since March 14. Ricketts’ two-out double plated Griman after she drew a walk.

The Bulldogs scored two more runs in the fifth inning as Fey tripled to right field and Bri Avery posted a bunt-single. Butler loaded the bases with no outs in the next inning but couldn’t bring a run across.

With a win under their belt, Butler moves back into Big East play with a three-game series against St. John’s April 2-3.