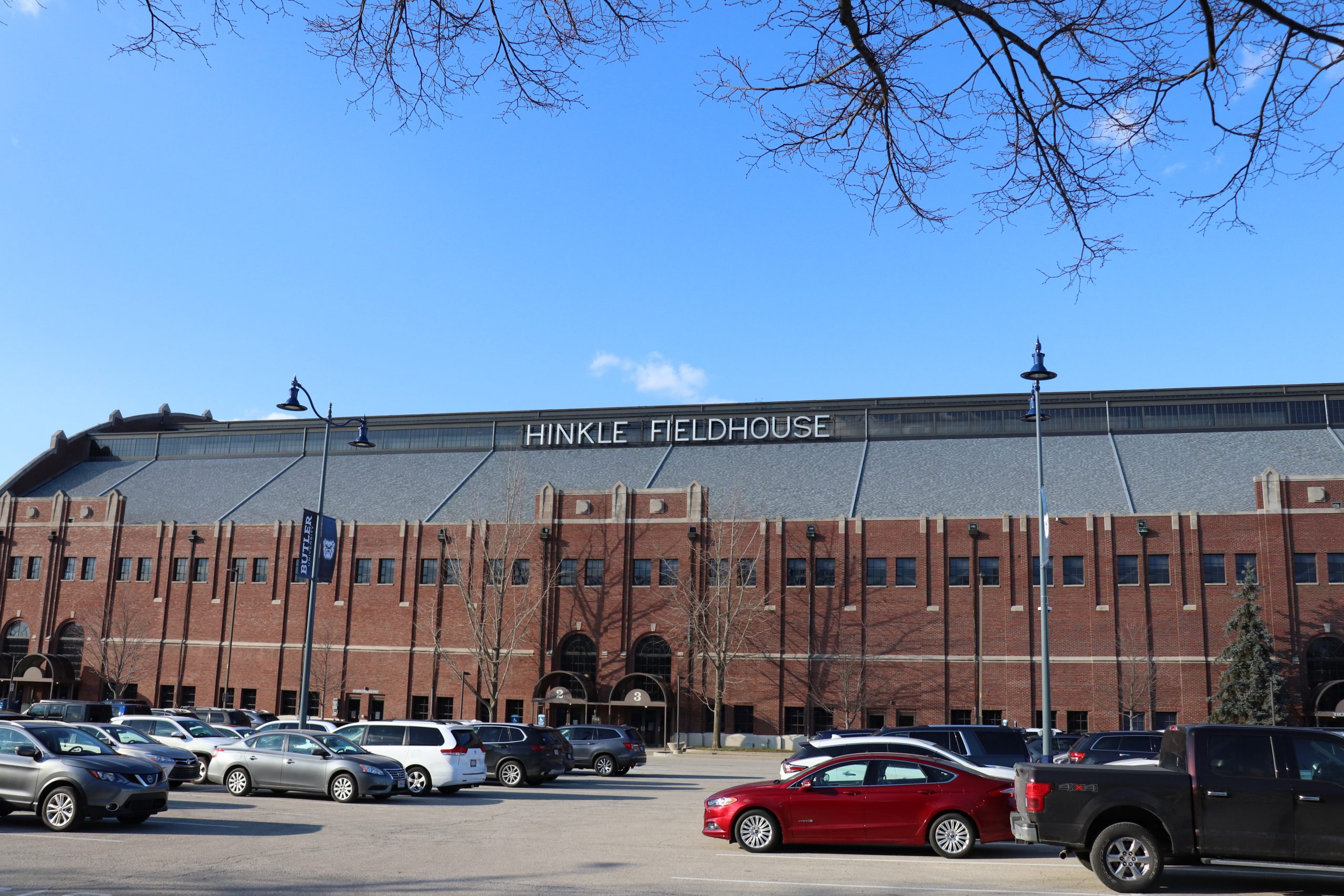 Portions of the 2021 NCAA tournament will be hosted at Hinkle Fieldhouse. Collegian file photo.

With the NCAA tournament a week away, Butler, and Indianapolis as a whole, are preparing for the influx of athletes and fans arriving from around the country. However, with COVID-19 still looming over the nation, many students are left with mixed feelings about the NCAA tournament coming to Hinkle Fieldhouse.

Butler will host games in the first and second rounds of the NCAA tournament, as well as half of the Sweet Sixteen games. There will be six days, of games at Butler spanning from March 19 to March 28.

John Dedman, the associate athletic director for communication at Butler, said he doesn’t think the tournament will have a big impact on most students on campus, except for more limited access to Hinkle itself. However, Butler athletes will have to work around the tournament, and Dedman said he is working with teams to ensure they can use areas like the weight room while staying separated from the tournament teams.

Many of Butler’s protocols will stay the same for students on campus and for fans attending the games. Hinkle will be at 25% capacity for fans, and they will sit in pods similar to standard Butler basketball game protocol. Fans will be required to wear masks and physically distance themselves from others.

Before arriving in Indianapolis, every student athlete and staff member traveling to Indianapolis will have to test negative for COVID-19 seven consecutive times. Upon their arrival, the 68 teams will each stay on an individual hotel floor, and will remain in bubbles of up to 34 people during the tournament. Between each game, every player, coach and fan will leave Hinkle and everything will be cleaned and sanitized before the next two teams arrive at the fieldhouse to play.

Dedman said there will be a few major changes to the tournament this year. For example, there will hardly be any volunteer opportunities, and there will need to be a buffer zone for the media to ensure social distancing.

For some Butler students, the tournament coming to Hinkle brings excitement and career opportunities. AJ Kool, a junior sports media major, said he is “really excited” that Butler is hosting the NCAA tournament on campus.

“So far I’ve felt really safe when I’ve gone onto campus for my classes,” Kool said. “Seeing everyone wearing masks and social distancing, I felt very comfortable being on campus… I think if we continue doing what we’ve been told to do, we should be able to keep everyone safe who comes to watch games here.”

As a student studying sports media, Kool also said that having the tournament so close to home will provide him with opportunities that would not normally be available, especially during a time when COVID-19 has resulted in travel restrictions.

“There’s actually a lot of games being held just in Indiana overall for this tournament, and through my major I’ve actually had the opportunity to be making some content for the NCAA,” Kool said. “…I’m excited to kind of represent what this tournament… is going to be since we didn’t have it last year.”

For other students, however, the tournament brings concerns and questions. Laurie Davis, a junior music, international studies and French triple major, said that while she thinks some aspects of the tournament will be good for Butler, there are some things that concern her.

“I know that specifically for music, I’m a wind player, and we are not allowed to have even one professor at our recitals,” Davis said. “So, it kind of has upset a lot of people in JCA that we can’t even have anyone at our recitals, but they’re allowing crowds to be at sporting events and stuff.”

Davis said she is also concerned that the presence of the tournament on campus could encourage students to have large gatherings and parties, which could lead to an increase in COVID-19 cases among the student body.

This will be the first NCAA tournament game Butler has hosted since 1940, as the 9,100 seats in Hinkle Fieldhouse do not typically provide enough capacity for fans. Dedman said Butler would never be able to host an NCAA tournament game without COVID-19 due to the limited capacity of Hinkle.

“I think it’s a great opportunity for Butler to showcase itself to another national audience,” Dedman said. “Here in a month, almost to the day, when the national championship game is concluded, I think our community will be able to look back and say we were a part of something that was really special and really cool, helping to create an opportunity to crown a national champion here under very unique circumstances.”

Despite concerns that students may have, Dedman said that Butler is prioritizing safety in its management of the NCAA tournament.

“Health and safety is at the top of the list for our campus and all the venues and the NCAA to be able to do this, so I think there’s going to be protocols in place that we’ve used for the last four months to keep people healthy and safe while watching basketball,” Dedman said.

Teams for the NCAA tournament and the bracket will be announced on March 14.