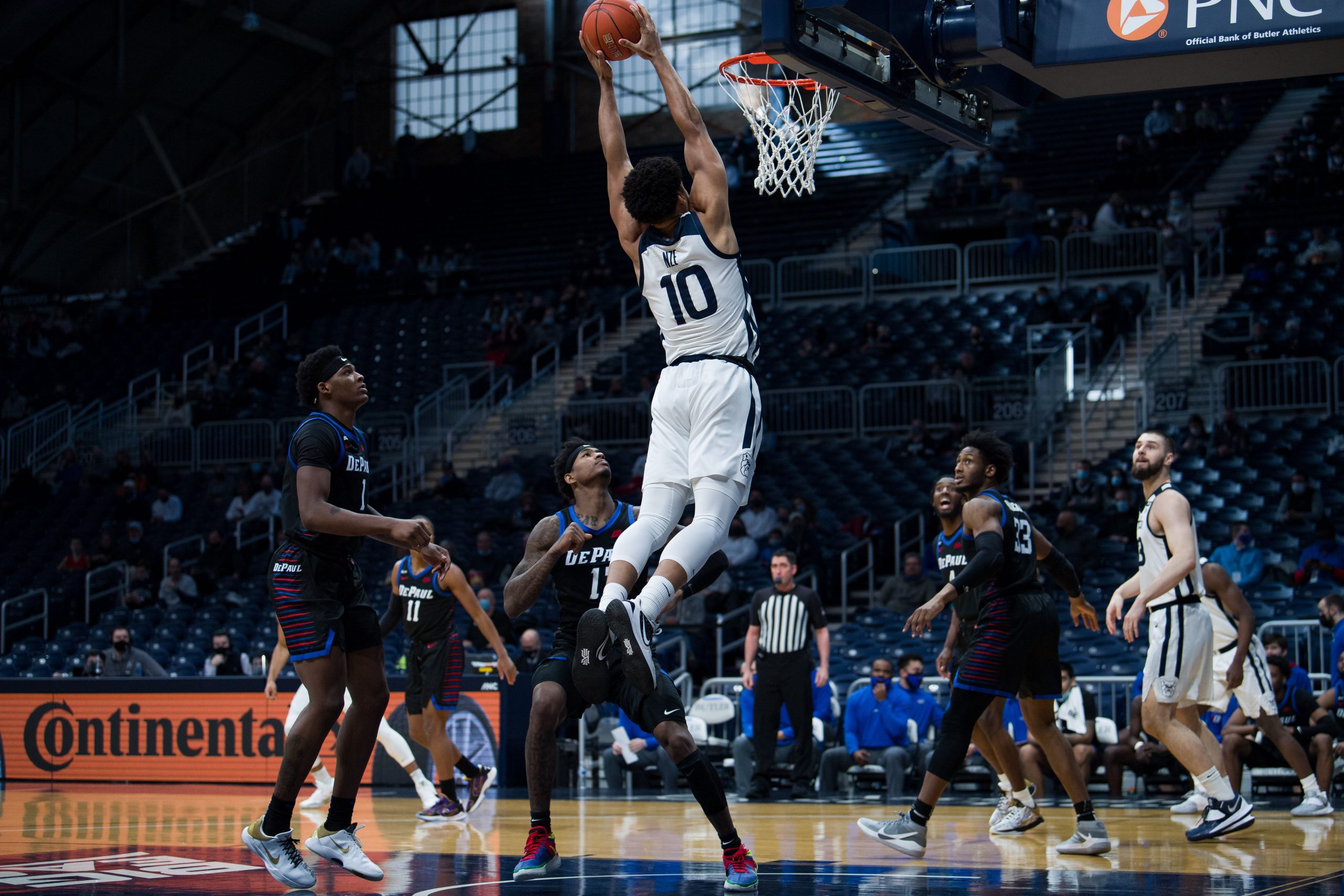 After completing the season sweep over DePaul — which now accounts for a third of the Bulldogs’ wins this season — the Butler men’s basketball team welcomes St. John’s to Hinkle Fieldhouse on Feb. 9. Here’s everything else you need to know as the Bulldogs look for their second consecutive win:

1. St. John’s is on a scorching stretch through Big East play

Just three weeks ago, St. John’s sat with a .500 record at 7-7 with just a 2-6 record in conference play with wins over Georgetown and Butler, both of which were among the bottom four teams in the league. Since then, St. John’s has caught fire, winning six straight. Four of their five Big East wins over that stretch were on the road with the exception being a 70-59 upset over No. 5 Villanova.

Long gone are the days where St. John’s roams the Big East’s basement. After a scorching stretch of basketball, the Johnnies are producing legitimate NCAA Tournament noise. Mike Anderson’s group received seven points in this week’s AP poll, proof this team is no longer flying under the radar. On Feb. 6, St. John’s put up 92 points in a double-digit win at Providence behind a combined 45 points from Julian Champagnie and Posh Alexander.

2. Getting off to a strong start in the first half will be key for the Bulldogs

Despite consistently finding their way back in the game, Butler has not been good to start games for the majority of the season. Through 13 Big East games, the Bulldogs have jogged into the halftime locker room with the lead just four times this season. Butler is a perfect 4-0 in conference play when leading at halftime, meaning the team is a lowly 1-8 when trailing to begin the second half. Georgetown — which has blown leads all season — was the only team to not pull out a victory while entering the locker room with an advantage on the scoreboard.

With that being said, Butler’s style of play is much better suited for playing ahead and suffocating their opponents with their slow pace. In the previous meeting against the Red Storm, Butler came out of the gates with a rare offensive explosion, scoring 15 points before the under-12 media timeout in the first half. Unfortunately for the Bulldogs, they could not stop St. John’s on the other side of the floor. A late spurt by the Johnnies saw the home team put up 41 points in the first half.

Along with the scoring that comes along with St. Johns’ rapid play style, the Johnnies were able to turn over an otherwise sure-handed Butler squad last month. The Bulldogs coughed the ball up 16 times. If Butler hopes to jump out in front of their opponent on Tuesday night, taking care of the basketball is a priority. The Bulldogs out-rebounded the Red Storm in their meeting last month, and if they can take care of the basketball, they could be on pace to get many more shot attempts than St. John’s. As long as Butler doesn’t shoot less than 40 percent from the field, they could put themselves in a good position to get a win over a quickly-rising team.

3. The Red Storm have both impressive depth and a future star combo at the top

However, the key difference between these two is St. John’s has a legitimate star on their hands. Sophomore forward Julian Champagnie came on the scene in the late part of the 2019-20 season and has not stopped impressing since. Champagnie is averaging 19.7 points and 7.3 rebounds per game while shooting 44% from the field, 43% from 3-point range and 85% from the foul line. If Champagnie has been Red Storm’s Batman this season, Posh Alexander has been their Robin.

Alexander was named Big East Freshman of the Week for the third consecutive week. The guard from Brooklyn has been the difference maker in the Red Storm turning around their season, scoring 15 points or more in each game in their current six-game winning streak. On Feb. 6, Alexander poured in 21 points in 31 minutes to lead his team to the road victory. While Champagnie and Alexander combined for 28 points in the Johnnies’ home win over Butler last month, the Bulldogs would be pleased to see that production again considering the development of Alexander’s game since these teams last met. With St. John’s being such road warriors over this winning streak, Butler will have to bring out the energy and defensive gameplan to get themselves out of the bottom half of the Big East.